Off to the Big Horn Mountains

Aug 2011 Off to the Big Horn Mountains

Supercub pilot Lisa Martin’s been out there flying again! It’s so great she and her husband have a beautiful Supercub and actually fly it LOTS! The first leg to the Big Horn Mountains. I have to admit, I had to look this one up. Where the heck are the Big Horns?!! Very close to Lisa’s place apparently. Wikipedia say, “The Big Horns were uplifted during the Laramide orogeny beginning approximately 70 million years ago. They consist of over 9,000 feet (2,700 m) of sedimentary rock strata laid down before mountain-building began.” OK, enough of that – they’re in northern Wyoming and southern Montana – good enough! It’s cool seeing what flying’s like from other people’s perspectives. Thanks Lisa. 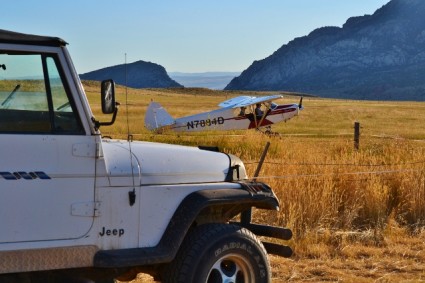 In the Big Horns

“Finally got to go again. Saturday we flew about 30 miles east to a friend’s ranch strip at the base of the Big Horn Mountains. Got to drive his jeep too! Then made a fuel stop at home before heading west to Frank’s Peak in the main Rocky Mountain chain to see the Grizzly bears fattening up on moths at about 12,000′. 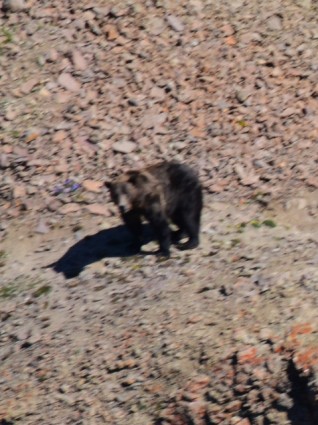 First picture looks like a big male to me. The second is a sow with triplets. There were about 20 grizzlies on the peak of that mountain.” 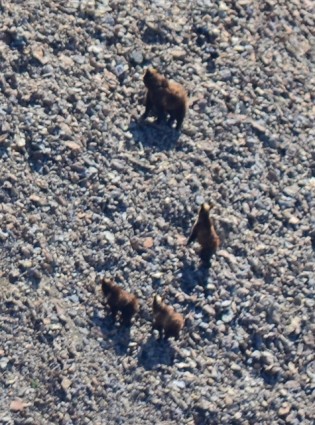