Wow, I haven’t figured out how it’s even possible but I’ve just spent the last 24 hours happy as heck, melting at near 100 degree temperatures. Must have something to do with talking flying & taildraggers nearly non-stop at the Marion Fly-in/Cruise-In. Laura Stants and her daughter Kaylee flew in Friday evening, hung out a while and joined us for the fish & tenderloin dinner. 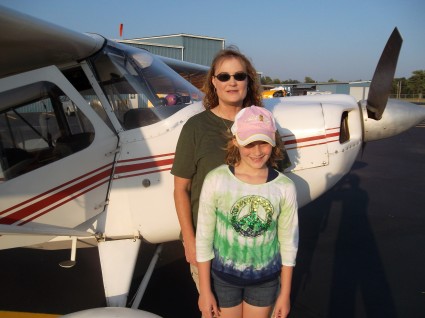 Now I think a Citabria’s a pretty great way to get around but Laura always seems to have another aircraft or two up her sleeve :). How about arriving in a T-6! 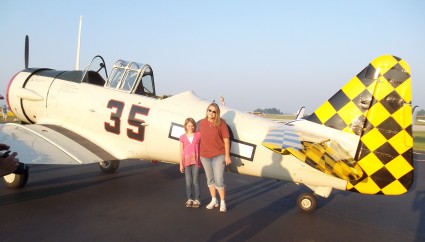 People seem to take notice when she taxis up in the T6 and hops out!Â 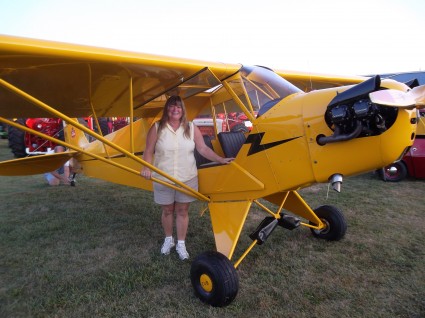 Kathy & Wayne Norris came in Saturday in their Mustang II. 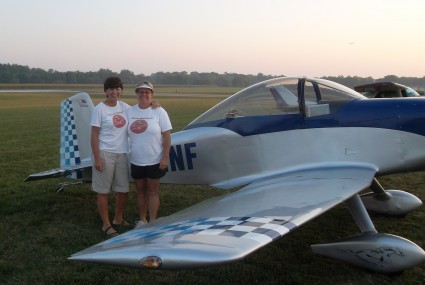 Ray & Judy Johnson who host the fly-in are Pulse owners andÂ enthusiasts and there’s always a big gathering of Â Pulse autocycles. If you think a Pulse resembles an airplane there’s a good reason. It was designed by Jim Bede who’s also designed 18 aircraft including the piston-engined BD-5 pusher and BD-5J mini-jet. 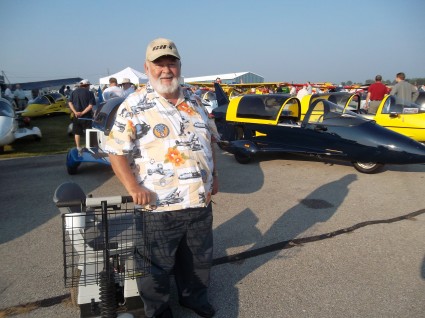 I met Jim Bede at the fly-in

I want to say this next picture is of Linda “taxiing” her Pulse and have to remind myself, “no, she’s driving it”! 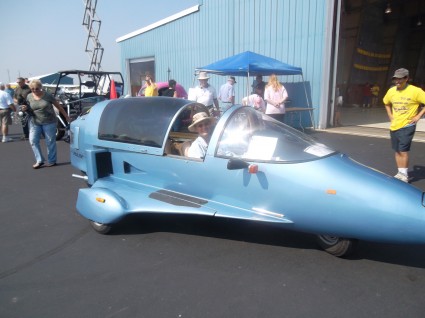 Linda Furgason in her "Pulse" Autocycle

I was tickled that Sandy from Cleveland flew her GrummanÂ CheetahÂ over, a 1:42 minute flight. She showed me her Jeppesen flight planning chart which estimated her time en route at 1:41 minutes and were both pretty impressed it only missed it by one minute. I met Sandy at our lady taildraggers flyin a few weeks ago and know it’s just a matter of time before I catch her flying a taildragger! 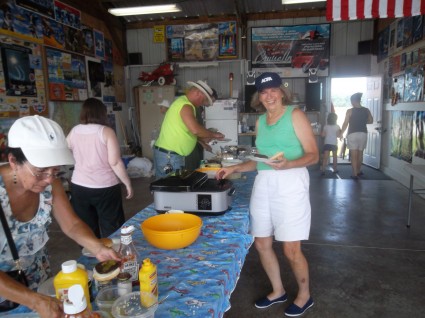 Sandy caught up with me for a late lunch in Ray & Judy Johnson's hangar. Did I mention Judy made LOTS of beautiful and delicious homemade pies for their lunch time hangar party. Oooooh, this is a part of "flying" I really love!!

Friends Sue Sears and Esther WyandtÂ popped in from Indy and it was great to see them. They may not be tailwheelÂ fans but are pretty incredible just the same. Â Both single gals have owned their aircrafts for years – Sue’s had her BeechÂ Musketeer since the late ’70s and Esther a Cherokee 180 since 1967. 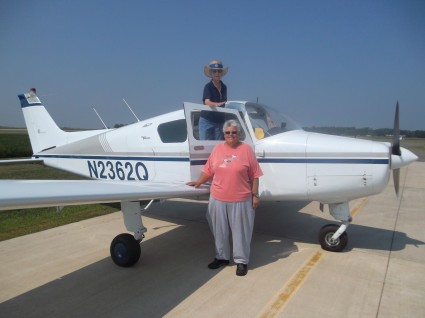 Ray Johnson did a little interview with the lady taildraggers at the fly-in. Here’s Kathy Norris, Laura Stants, Ray and me trying to find some shade in front of a Yak on display. 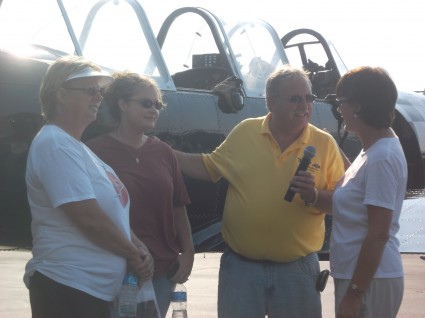 I was so happy to get to share the lady taildraggers interview with Kathy & Laura! Pretty fun.

I was happy to see Dale & Marie Dolby’s J-5A, one of 400 still in existence and such a beautiful piece of history. 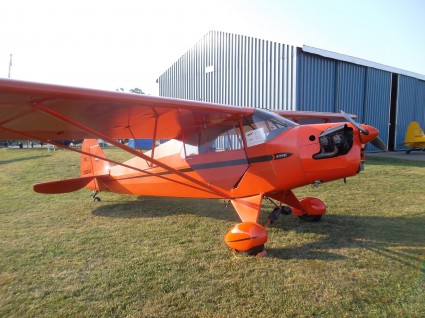 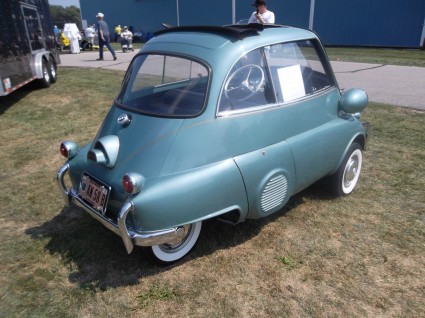 Can’t you just see yourself driving this around the airport – instead of a golf cart?! 🙂