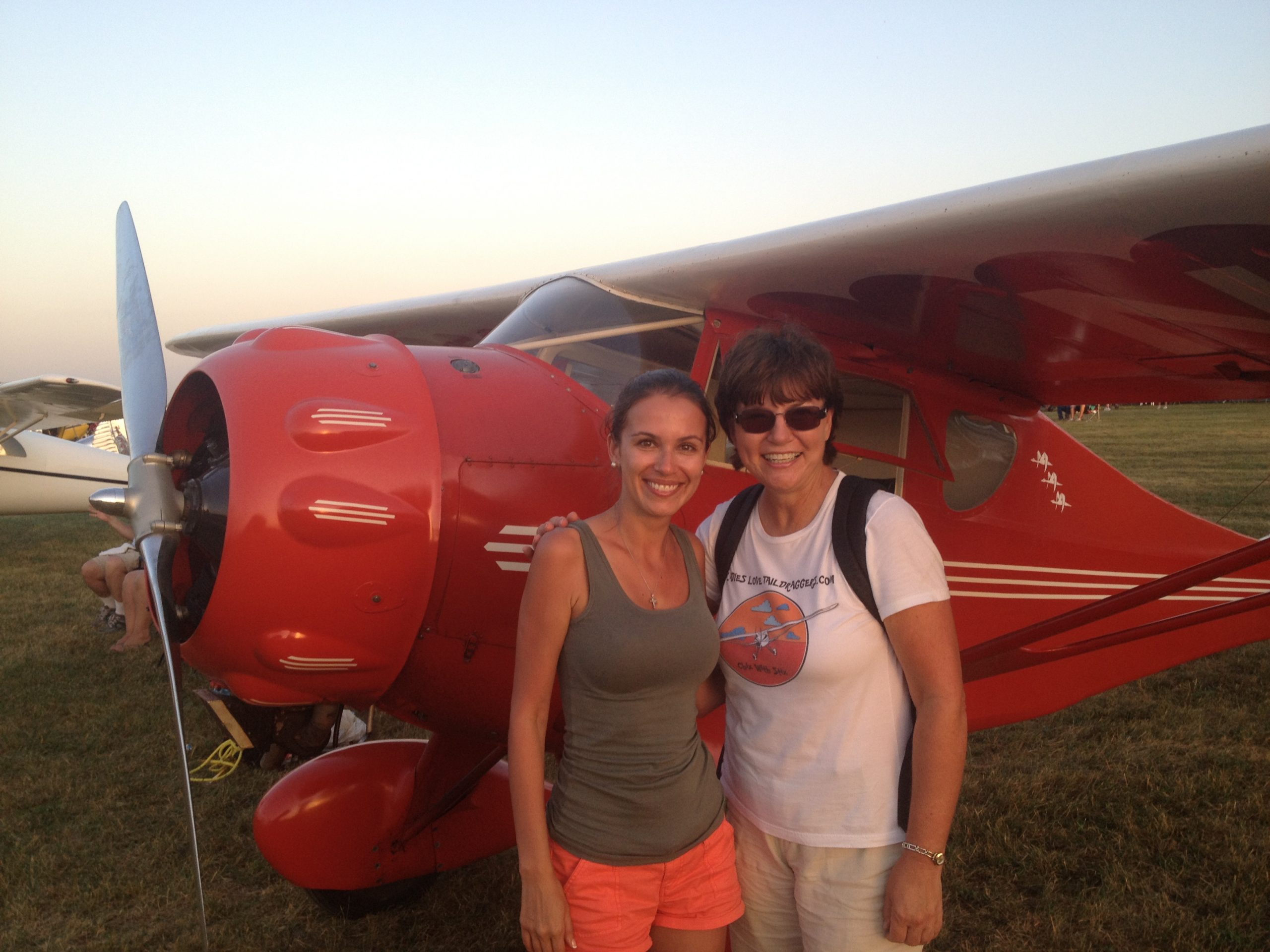 Last I heard, 412 aircraft flew to the Taylor family’s Antique Airfield fly-in this weekend. This year we celebrated the Antique Aircraft Association’s Diamond Jubilee and featured Luscombe Aircraft and the 75th anniversary of the Model 8. An astounding 80 Luscombes flew in for the celebration in Iowa. 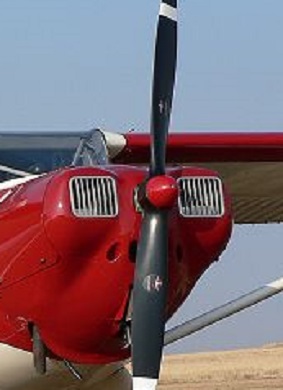 For those that might confuse, say, a Cessna 120 or Cessna 140 or a Taylorcraft with a Luscombe, here’s Luscombe 101. THREE things will help you identify a Luscombe; the front cowl cooling air inlets (nostrils), the “S” that stands for the model Silvaire, and the “pinched” rear trailing wing edge. 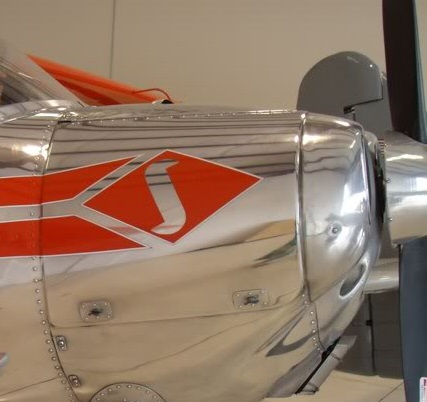 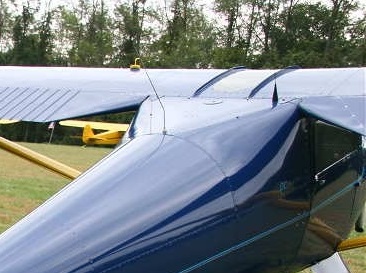 For one hour last night many of us gathered outside an open hangar, hung out with friends and hooted and hollered at the “Gone Home” awards presentation. “Gone Home” is a tongue-in-cheek way of saying most people don’t stick around till the last night to see if they are winners or not. 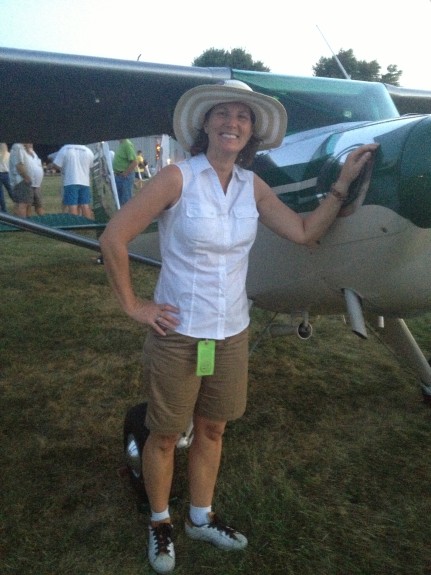 One couple that did hang around were Andrea & Kevin Eldridge from California who won one of the many ‘best airplane’ awards. I completely lost track of what all the trophies were for but I can tell you first hand, their 1947 Luscombe 8A is an award winning, show plane if I ever saw one! 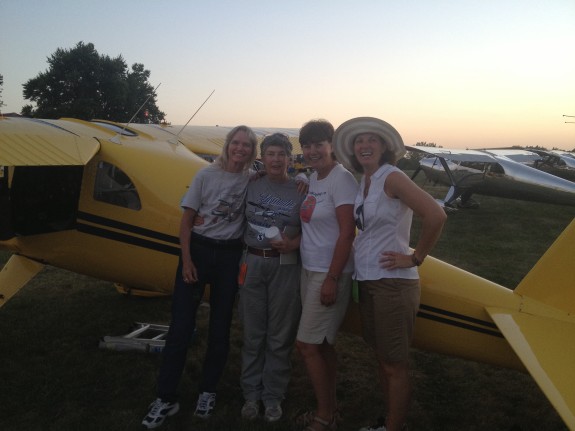 Sharon Tinkler’s 1948 8F Luscumbe from Tullahoma, TN was also a big award winner last night. Sorry about the 4 women blocking the view but when girls are ready to pose, you let them! 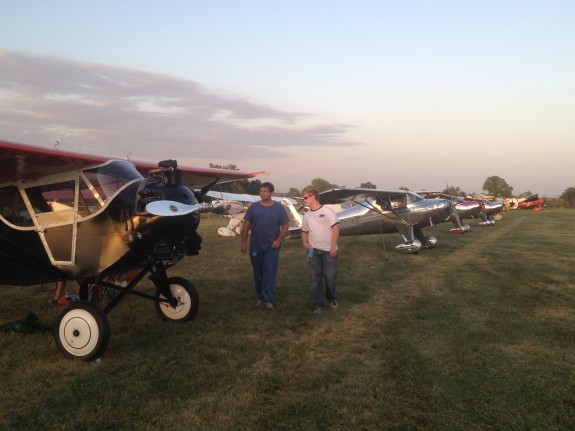 But Luscombe’s were just the tip of the iceberg. Here’s an early Monocoupe leading a lineup.

And of course, I was bumping into lady taildragger pilots all over the place. We picked this cool Funk for the picture but both of us were sad it didn’t belong to us. 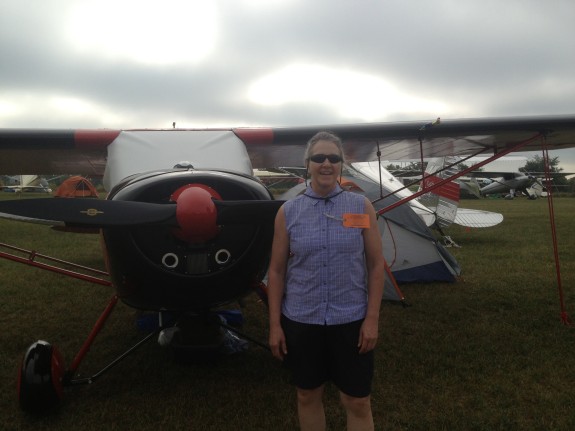 If you’re not lucky enough to be flying, without a doubt, the best part of this fantastic fly-in is sitting on the sidelines watching everybody that is. 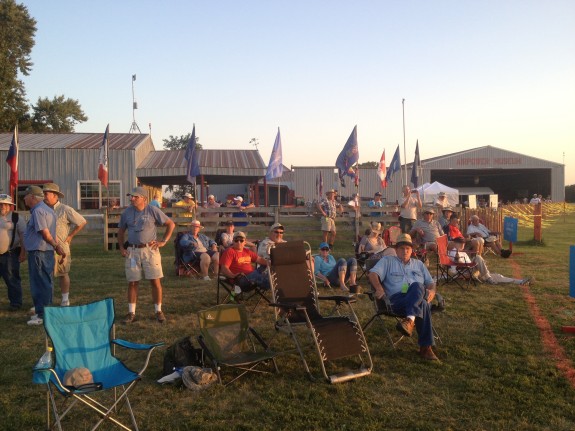 I was a side-liner much of the day but I was absolutely thrilled when my newest buddy, Tom Edmondson from Kansas City, told me he thought he could get us a ride in a beautiful, yellow Howard DGA-15. 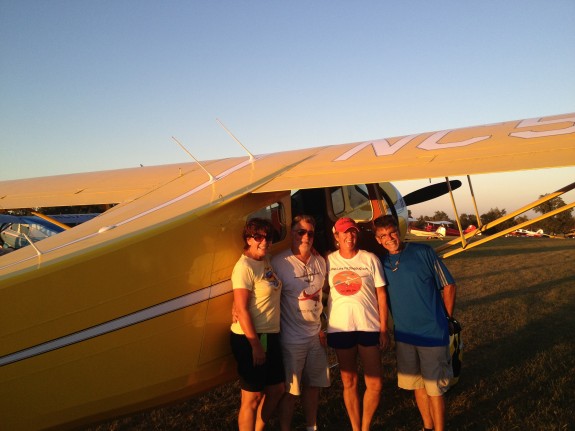 I had the thrill of sitting right seat in this Howard DGA-15P with its powerful 450 Pratt & Whitney, departing a 2350′ grass strip (with obstacles) in Iowa. Its strong as all get-out with a red-line airspeed of 270 mph and a normal cruise speed of 200 mph. The owner, Dave Bole from Seattle, WA was kind enough to give 3 of us the ride of our lives. Can you even image being able to fly this piece of history from Seattle to Blakesburg, Iowa?!! Thank you Dave! 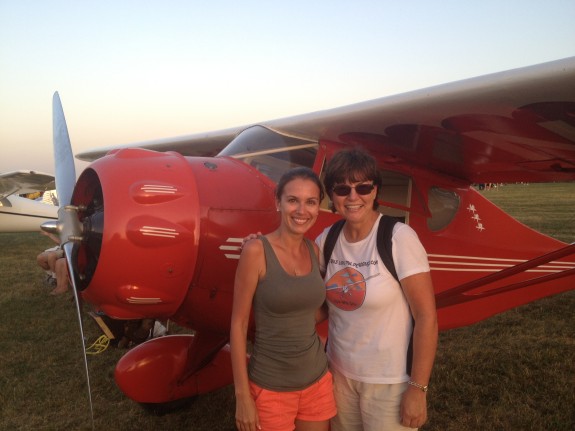 It was so cool to meet so many lady taildragger pilots at this special fly-in. Ladies, please take a few minutes and click on the “Registration” tab at the top. I’m looking forward to adding you to our growing group of ladies who love flying taildraggers!

And my BEST picture from Blakesburg was forwarded by Gail Schipper. Gail gave me an aerobatic ride Saturday in her Bucker Jungmann, a high energy, exhilarating flight few people people get to experienceÂ . Photo byÂ Jonathan Apfelbaum, What a GREAT weekend! 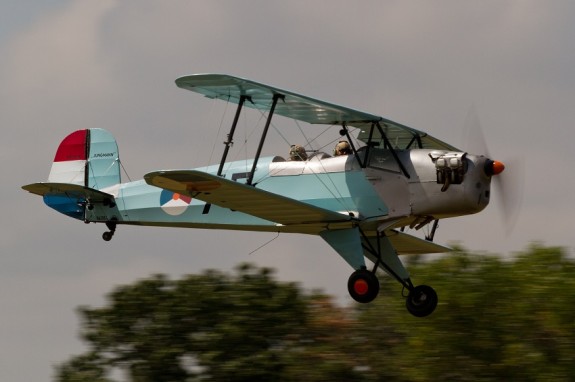