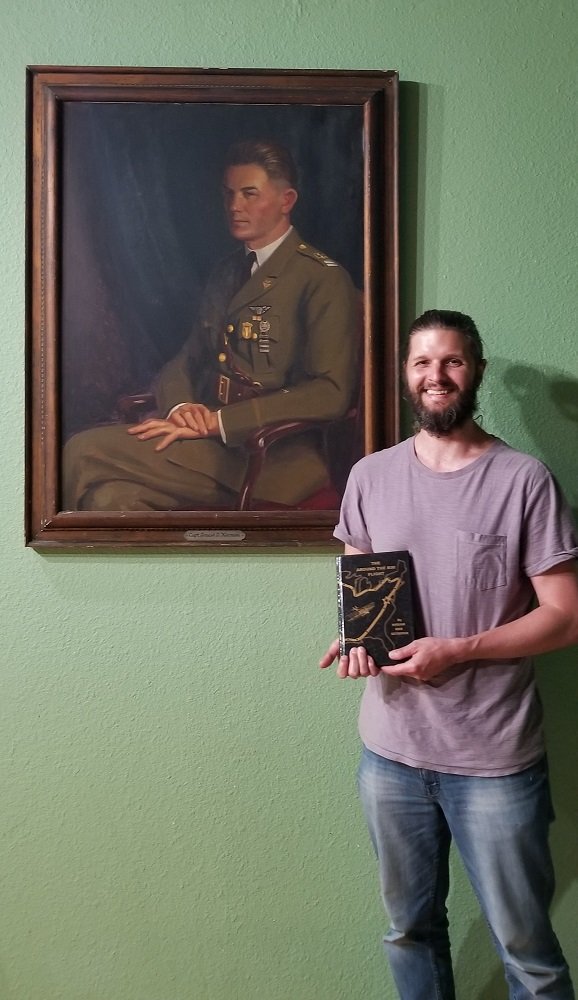 Prepping for our flight around the perimeter of the U.S., Boyd and I ran the weight and balance numbers. I’d packed all the “necessities” for a whopping 6 week tour, weighed each bag, shrieked, removed items, then repeated. When it was all said-and-done, we were close to the aft CG limit but still within the acceptable range. 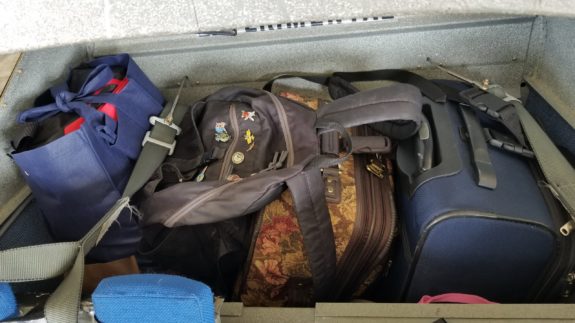 What was I thinking?!!

The reality of dragging around 6 weeks of “necessities” every time we got in and out of the RV-7 got old really quick not to mention the density altitude problems the excess baggage created as we headed West into warmer temperatures. Two weeks into our flight we went through every single item on-board and UPS’d the non-essentials home – to the tune of 30 pounds. Both light and heavy, non-essentials were gone but one item I refused to part with was my hardback copy of “The Flight Around The Rim” book. If I was flying, it was going to fly right along with me!

One of the goals of our personal flight around the rim was to meet the great-grandson of the pilot of the very first flight around the rim, E. E. “Tiny” Harmon. He completed his mission in 1919, and here we are today, trying to accomplish the same, 99 years later. 40 year old Michael Harmon lives in Vancouver, WA, just across the Columbia River from Portland, OR, and we’d arranged to fly into an airport near his home and spend the night. The sky was overcast as we flew north and lucky for us, it was adequate at our destination, Pearson Airfield.Â  Pearson was as far north as possible to go VFR.

Short final, Pearson Field, KVUO, Vancouver, WA, 8/26 with long displaced threshold on 26. Surrounded by the river and industry all around, it was another difficult field to pluck out of the landscape. Once on right downwind, it all fell into place.

We came a long way to meet this guy and were not disappointed.Â  Michael Harmon, a pilot himself and great-grandson on E.E. Harmon, is passionate about learning as much about his famous ancestor as possible. He works for HP, travels the world for business, is environmentally conscious, highly intelligent (no doubt like his great-grandfather) and a very interesting guy to spend time with. We lucked out! 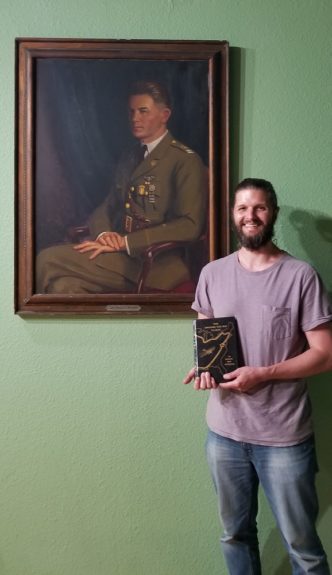 One image was painted, one was photographed, both at the age of 40.Â  E. E. Harmon and bearded great-grandson Michael Harmon look surprisingly similar.

My copy of Miriam Orr Seymour’s book, The Flight Around The Rim, with Captain Harmon’s actual wings displayed. 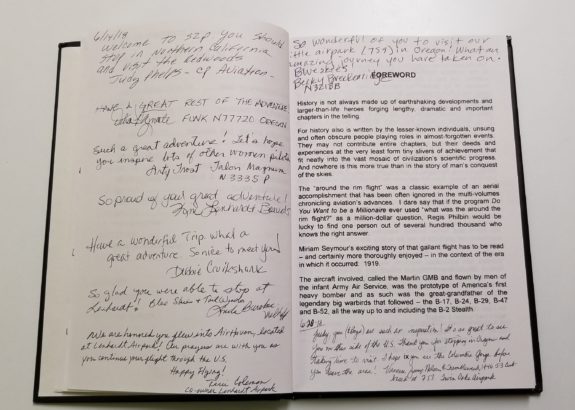 As Boyd and I have flown the perimeter, I’ve asked people sign my copy. 96 Year old author Miriam Orr Seymour signed it in Tuscon. Author, aviation writer and Miriam’s friend Giacinta Bradley Koontz signed it at Santa Paula, CA. And yesterday, great-grandson of the GMB pilot, Michael Harmon, signed it at Vancouver, WA.

A special moment. Tonight, I can hardly believe I’m holding the 1919 wings of the pilot of the Flight Around The Rim, E. E. “Tiny” Harmon.

Michael continues to search for memorabilia about his great-grandfather and purchased this memento on eBay. The field later namedÂ Ernest Harmon Air Force BaseÂ is a formerÂ United States Air ForceÂ base located inÂ Stephenville, Newfoundland and Labrador. The base was built by theÂ United States Army Air ForcesÂ in 1941.

For more information on Ernest E. Harmon, please check out this Youtube video posted by Michael’s father about his own famous grand-father. Boyd and I watched it with Michael Harmon and finally got a sense of who this pioneer in aviation really was. I found it absolutely astounding the Harmon family has actual video footage of Ernest Harmon and other family members dating back to the Golden Age of Flight. This video plays out like a Hollywood movie, upper crust, high society, and I wouldn’t be a bit surprised to find the story of The Flight Around The Rim in a movie theater near us all one day.

Next up. As incredible as it is, the Flight Around The Rim pilot’s daughter, Elaine Danforth Harmon was a W.A.S.P. Now that’s a story I can’t wait to tell!! Please check back.

All proceeds for the sale of Miriam’s book go to Miriam. It’s available for the first time in paperback atÂ http://www.lulu.com/shop/miriam-orr-seymour/the-around-the-rim-flight/paperback/product-23684211.html