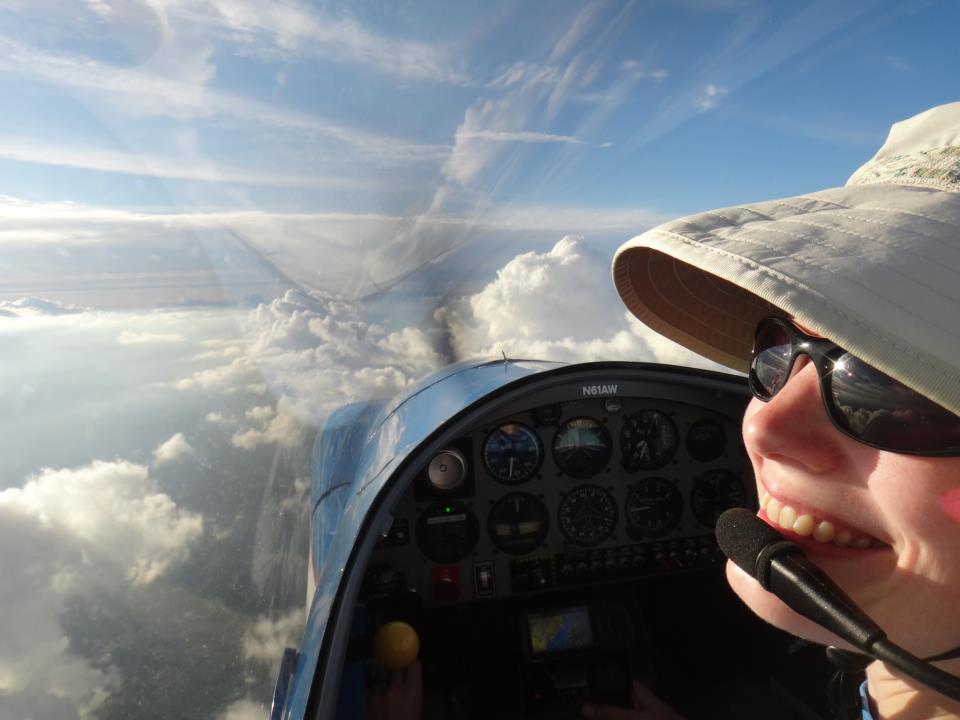 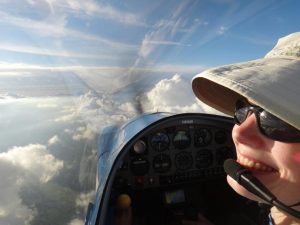 What was I doing wrong that ATC was calling me out? Then I realized I was headed for the closer runway, runway 6. Trying to regain my composure, I turned right 5 degrees. I was flying my RV-4 to Manchester for its annual maintenance. Every year I hope this will be the year I arrive at Manchester withoutÂ mistakes.

Two miles out from runway 35 ATC called me up again, â€œ61AW keep your speed up. I have a jet landing behind you.â€ I cross checked speeds and altitudes, plotted key transitions for a fast landing, and reran every checklist. Cruise speed 130kts through base and turning final; bleed off speed; get the flaps down. I touched down and turned off at Foxtrot, the first taxiway on the right. Whoosh, the Southwest 737 descended beside me onto the runway.

From Foxtrot, itâ€™s a long but simple taxi to my mechanicâ€™s shop. Bob and his crew have been my mechanics for a few years. Bob works on a variety of small airplanes including experimentals. He also built his own RV-4 in 1998 and regularly flies out of Manchester. Today, Bob offered to fly me back to Brookline. This would be my chance to observe someone more experienced.

Bob helped his crew unload an engine from his truck. Then we climbed into his RV-4 â€” Bob up front and me in back. In my mind, I prepared a blank note to record every interaction with air traffic control. Bob keyed the mic and said in one transmission to ground control more than I usually convey in a clumsy back and forth. Too much to remember in my mental note. So I recorded â€œsay it all at onceâ€ and â€œVFR to Brookline, NH16.â€ Then Bob started taxiing to runway 35.

Taxiing down Hotel, we discussed upcoming flight plans. Bob was considering flying to the ice runway at Alton Bay. I had been once alreadyÂ this year. Neither of us had vacation time to fly toÂ Sunâ€™n Fun. Then it was time to take off.

Bobâ€™s exchange with tower before takeoff sounded similar to my script. Next up would be departure control, which I dread more than ground because thereâ€™s no time for mistakes and corrections. A thousand feet above the far end of the runway, Bob switched to departure. ATC handled a few other airplanes then asked us â€œwhat is your altitude?â€ Bob answered matter-of-factly.

â€œWhat?â€ I thought â€œwhy did they ask Bob his altitude? He knows what heâ€™s doing.â€ In fact, it looked like this query was routine for Bob. Did that mean when ATC asked my altitude on every takeoff, they hadnâ€™t been chastising me?

We continued north, waiting for a clearance to turn south-west. Bob gave a resigned shrug as we approached the far edge of the city. Finally ATC asked Bob to repeat his destination. Bob seemed surprised as he had specified NH16 when getting his clearance. I have used, without success, many nomenclatures for Brookline: Brookline, Brookline New Hampshire, NH16, November Hotel One Six, and everything all strung together. Bob tried several similar variants until ATC let us turn on course.

Bob put Brookline in his GPS. He had landed at Brookline years ago, but the airstrip is hard to spot tucked in the hills.

â€œIf,â€ I advised, â€œyou head towards Wilton, you can fly straight in to runway 19.â€ Bob, I reasoned would want to return to work quickly. Besides, I see experienced pilots fly straight to land while I circle an airport several times making up my mind. But Bob looked uncertain. Maybe I was stacking the deck against him by rushing.

â€œOn second thought,â€ I piped up, â€œletâ€™s head to Brookline and do a full pattern.â€

View of the hills at Brookline in spring

I envisioned the landing and key points from my primary training. â€œField elevation is 415â€², so pattern is 1400â€² or soâ€ I answered. â€œDownwind lines up with the cell tower. Start loosing altitude and put the flaps down when you get to the hill. 70kts on base, and 65kts dropping to 60kts on final.â€

I gave my last words of advice as we turned base: â€œfollow the hill down and watch for the sink over the swamp.â€ Then I was silent.

Bob turned final too high, but he throttled back and the RV-4 descended just like mine does. I gauged our speed from the wind sounds and wing pitch. We were a little fast, but not so fast I needed to holler. At the last go-around point over the swamp, I doubled checked everything: below the tops of the trees, but not near the ground; engine idle, but still a little fast. We wouldnâ€™t make a perfect landing, but we were within margins for a safe landing.

Ten feet above the threshold, Bob make a startled noise. The propeller was dead still pointing straight up.

Then more pragmatically, â€œoh good. Now Bob canâ€™t attempt a go-around and put us in the trees.â€

We touched down at Mikeâ€™s taxiway. That, I knew, meant we would stop at the T-hangars. Sure enough, we did. I learned a lot from that flight, and not what I had expected. 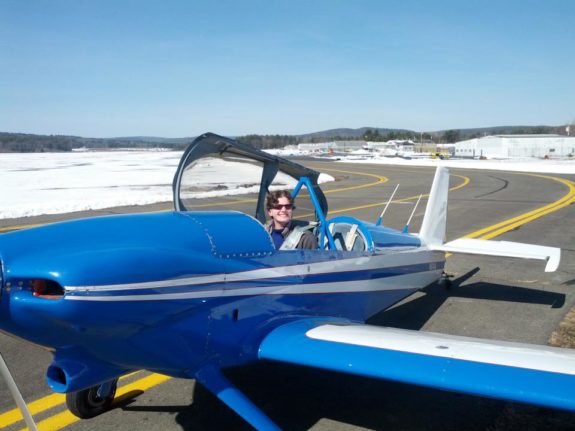