If you need a lesson in how to jam pack every minute of your weekend with fun and flying ,Vanessa Jump Nelson’s your girl. Thanks Vanessa for forwarding all the great pictures. My personal favorite? ……. The Guppy’s good but Eva’s first “little airplane” ride won out!

A recent Saturday my husband and I decided to visit the Tillamook Air Museum. We heard they might be flying some of the historic airplanes during an event called Northwest Classics. When we got there, they wanted us to be part of the display and enter our plane in a competition for $1. We won “Best in Show: Airplane”. 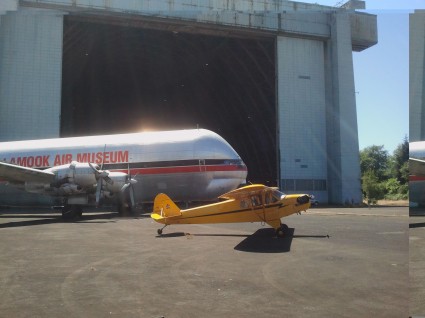 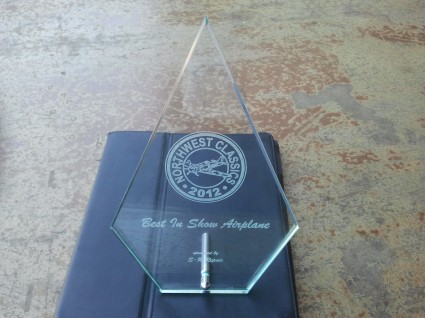 Our Award, “Best in Show” Airplane

The following Friday I flew to a little grass strip for a 99’s overnighter. I’d never been in there and was worried I might not identify it from the air, but there it was, pretty obvious when I got there. 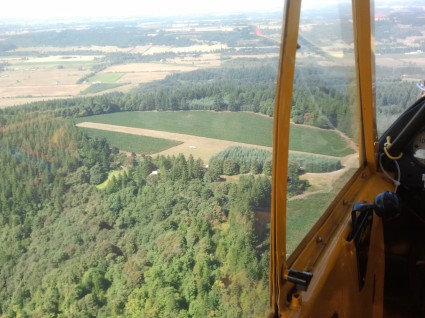 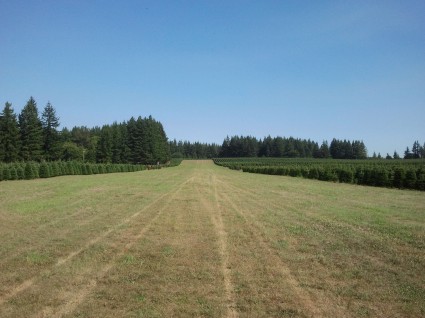 I called our host for a ride to her home nearby, where we pitched our tents under the tall pine trees on her property. We surprised Oregon Pines Chapter President Debra Plymate for her birthday, and gave her a brick in her honor at the national 99’s museum. 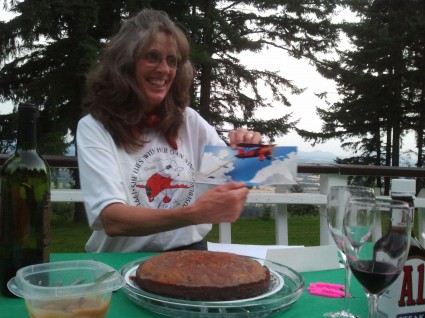 After dinner, wine, & birthday cake, I gave a photo presentation on my trip to Oshkosh, and after that we all sat in the hot tub and watched the Perseid meteor shower.

I flew back in the morning to my home airport, Twin Oaks, which was having its 40th anniversary celebration. As part of the festivities, I gave a talk on “Aviation for Women: The Fun & Adventure of Flying, and my trip from Oregon to Oshkosh.” All in 30 minutes! I did it! 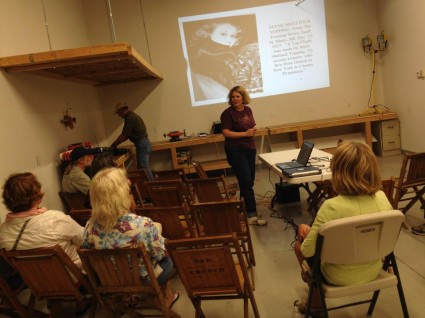 And a bunch of my gal pilot friends in the Willamette Valley Flygirls, flew in to listen and have lunch together there, as they were serving up free burgers & hotdogs all day for the anniversary party. 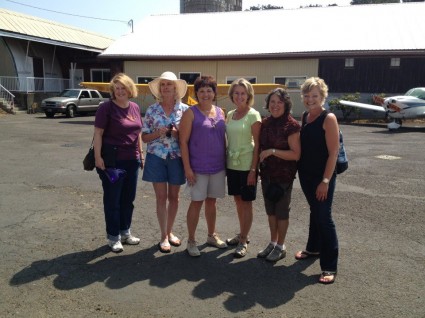 After lunch I gave my son’s girlfriend, Eva, her very first “little airplane” ride. It was the first day of the launch of the new EAA Eagle program, to give intro flights to people 18 and over. 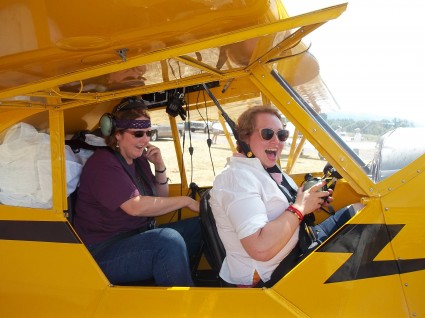 Then my husband and I flew off to Independence, Oregon, about 45 minutes south, to hear our son’s concert at Western Oregon University where he was guest performing on saxophone, as counselor for a summer music program. 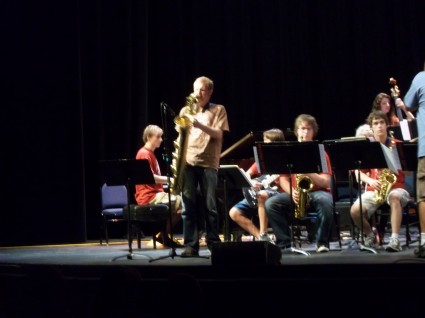 Back at the airport, my husband and I took off and flew to Scappoose, Oregon, about 70 minutes or so north, for a fly-in. We got in about 30 minutes before sunset, camped in our tent under the wing of the Cub, and enjoyed a pancake breakfast on the field in the morning as part of the airshow’s Wings & Wheels festivities.