A Month of Nothin’ But Texas! 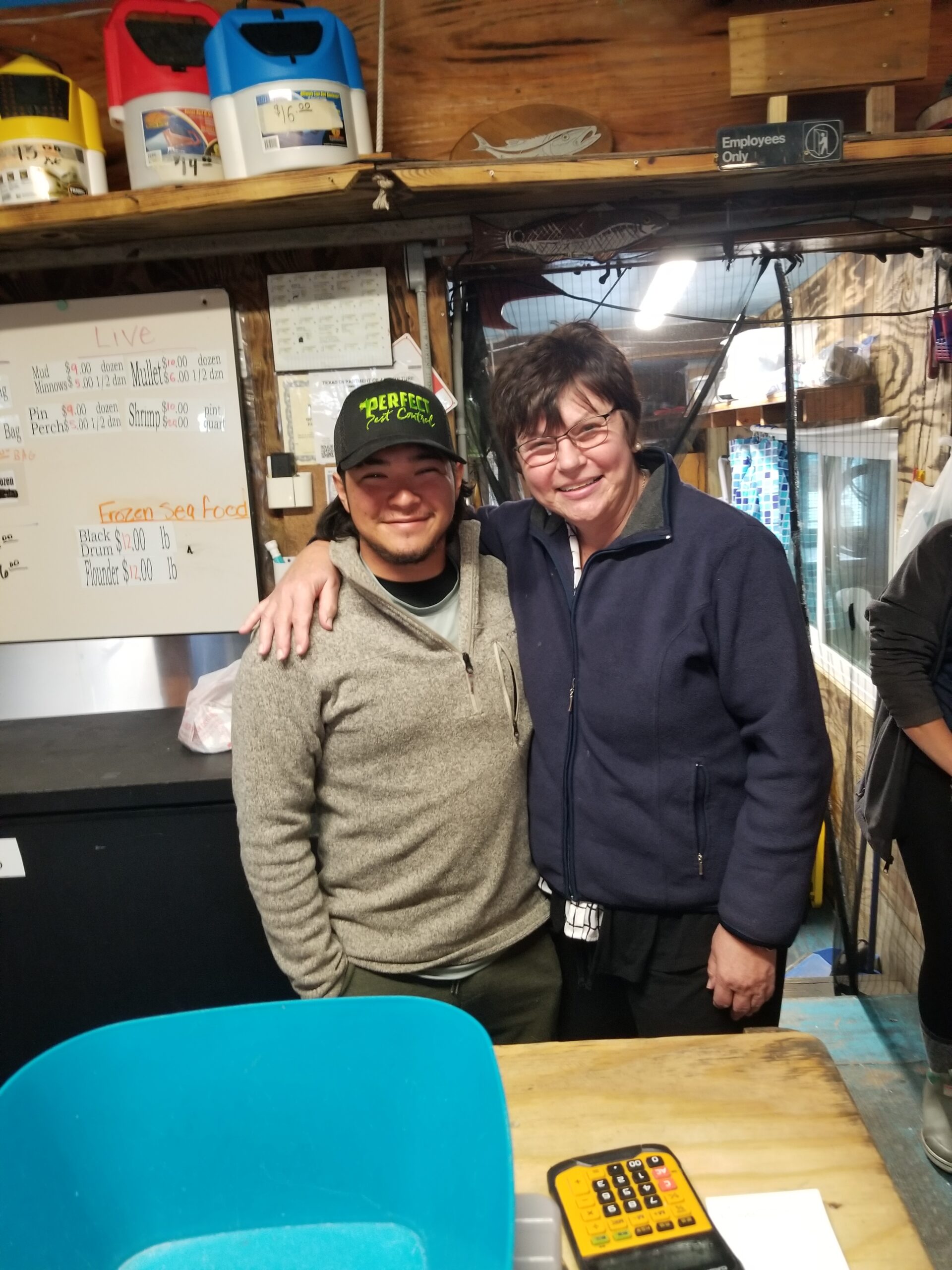 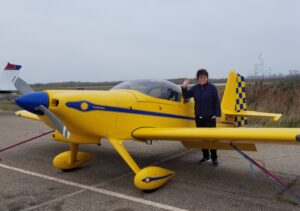 A Month of Nothin’ But Texas!

Yesterday, this hot little RV7 found its way to Texas. Five GPSs, a 2-axis auto pilot, 3 glass-panel screens and 2 pilots managed to not-get-lost, to not-violate any restricted airspace all while having a darned good time.  It’s day three of our 30 day flying adventure, we finally reached Texas, and Boyd and I are off to a great start.

Today’s destination was KRAS on Mustang Beach, a barrier island off the Gulf Coast of Texas near Corpus Christi. As planned, friends flying their C182 touched down shortly before us, had already tied down and found the rental car held for us. We were checking into our motel just blocks away in record time. 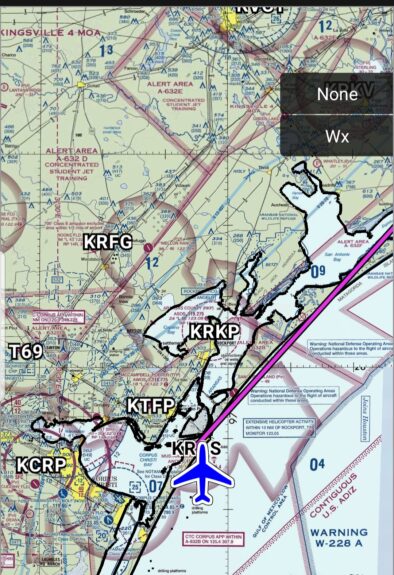 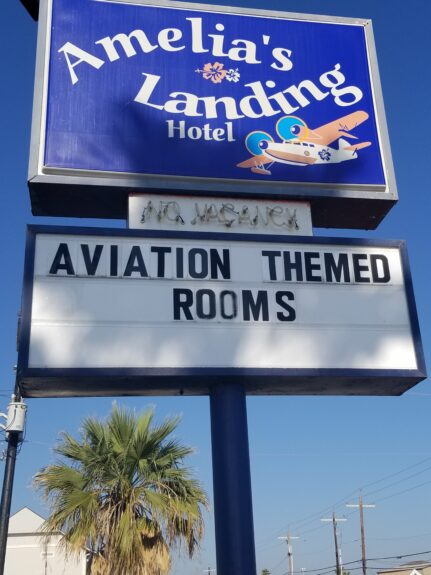 Can you believe it? Our month long flying adventure brings us to Amelia’s Landing motel on Mustang Beach. It’s not a Marriott or a Hilton, it’s not even a Holiday Inn, but what it does have is AVIATION bling. 🙂  We’re now in the “Stearman” room and our friends in the “Apollo” room. Of course I deserve a taildragger room! 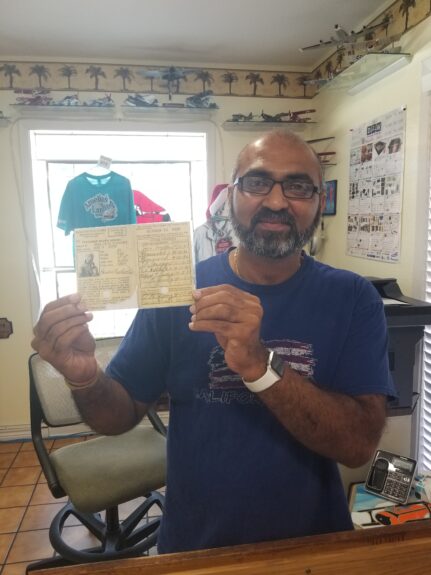 When motel owner Praful Patel discovered we had 2 lady pilots in our group he gave us the grand tour of rooms including the “Lady Pilots” room. He also wasted no time pulling out a new & proud possession; Amelia Earhart’s “original” 1930 Transport Pilot’s License. 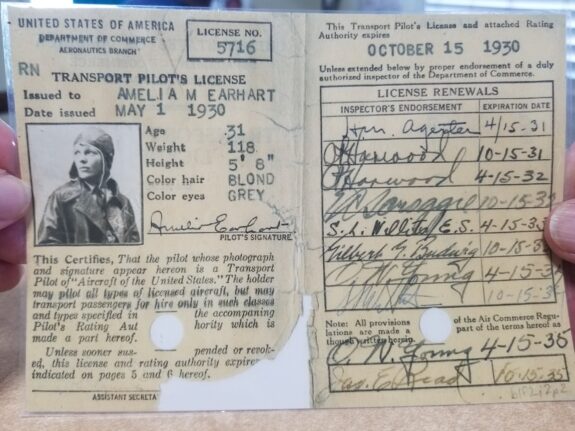 He recently purchased  this aged appearing document, which he told us has been authenticated as “Amelia Earhart’s own Transport Pilot’s License” i.e. the original, but I fear that cannot be the case. A quick internet search back in the room notes the original is owned by Purdue University and part of the George Palmer Putnam Collection of Amelia Earhart Papers.  For his sake, I hope he miraculously has the prize of a lifetime.

Driving down Mustang Beach we happened across a fun, whimsical display of hand knit covers stretched over bollards along the beach. A local group called the “Bollard Brigade” creates and displays these awesome creations all winter long. Yarn Bombing & Bollard Buddies in Port A 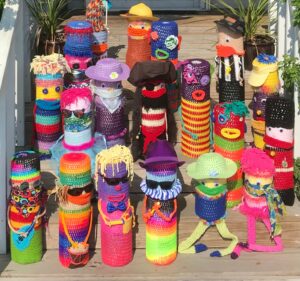 What an awesome beach display! Bollard Buddies stretch a mile along the Mustang Island Beach 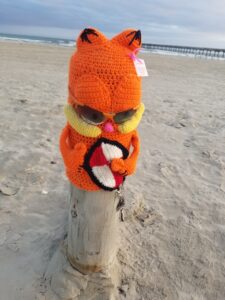 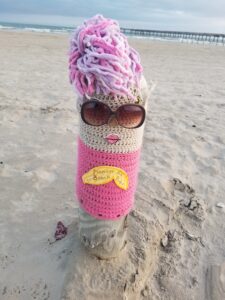 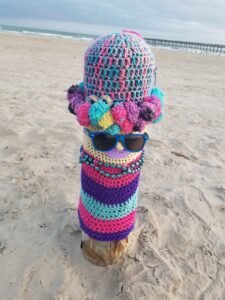 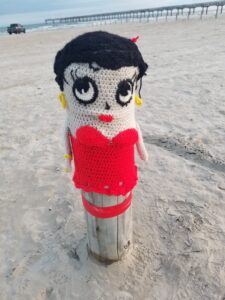 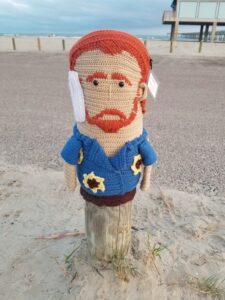 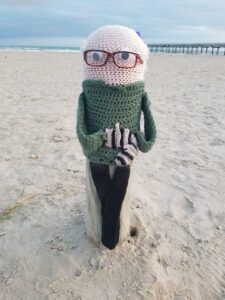 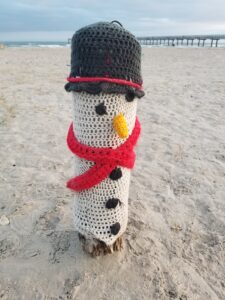 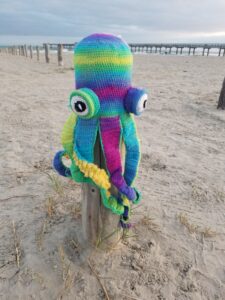 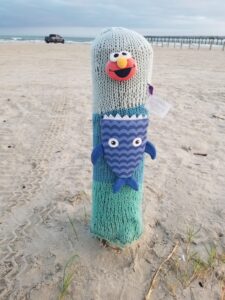 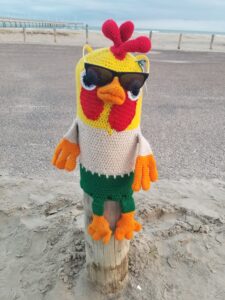 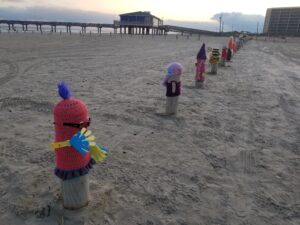 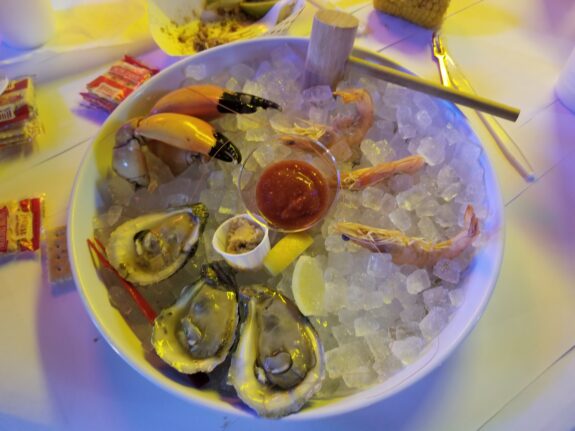 After a fresh seafood lunch and some especially tasty local oysters we decided to check out just where they come from and how they end up on our plates. 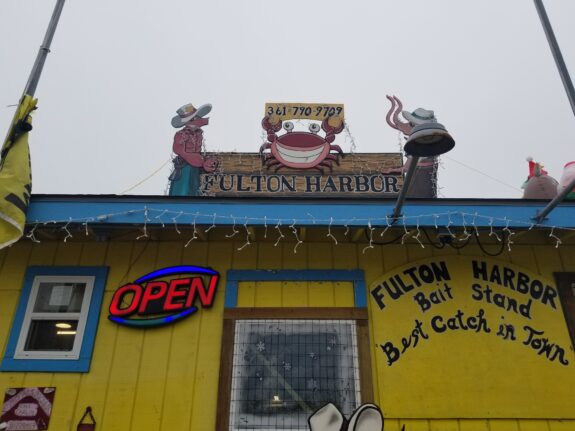 Just blocks away from the restaurant we found one of the many harbors where the oyster and shrimp boats dock, Fulton Harbor. 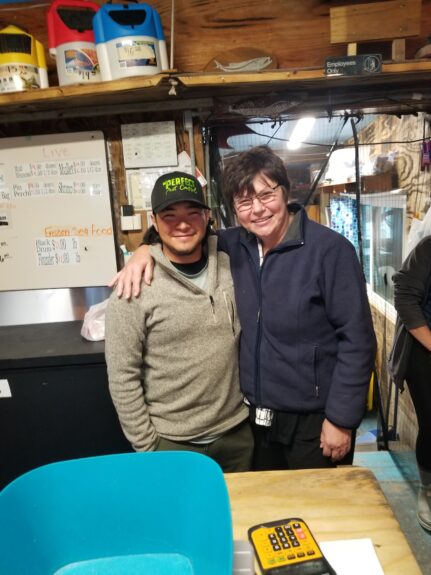 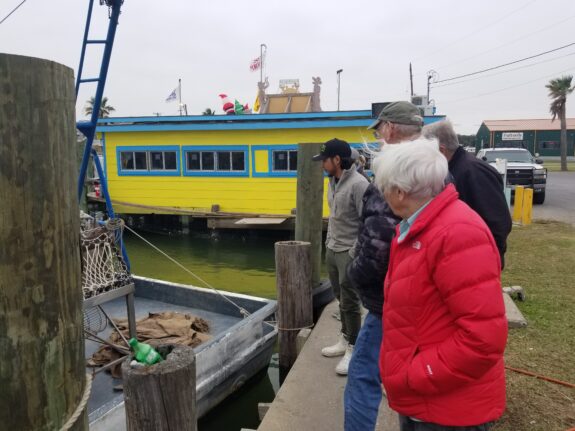 We literally popped into his family bait shop (which was sandwiched between a slew of working vessels) and just started asking questions. Incredibly this enthuastic young man shared his knowledge of shrimping and oyster boats, how they are harvested and the mechanics of the catch. 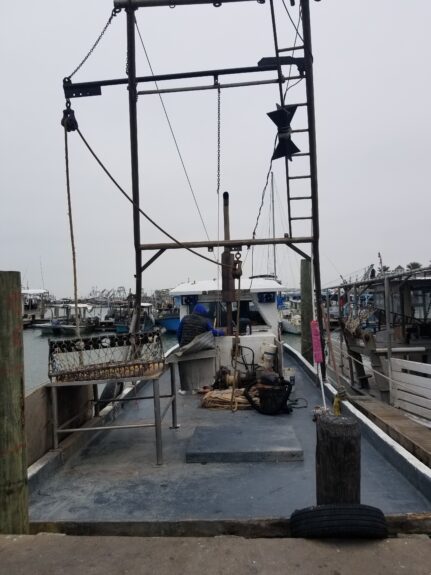 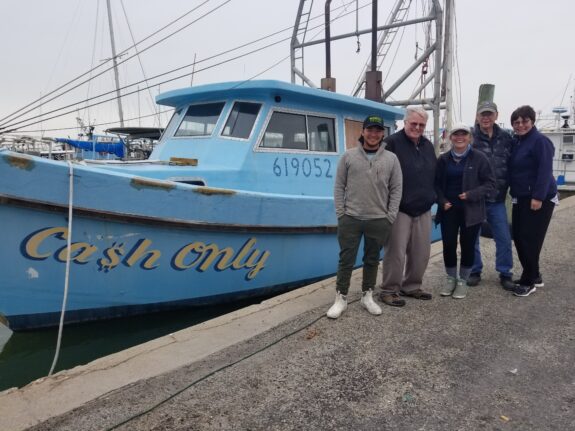 Brennan Nguyen tells us starting this summer they will be giving shrimp boat tours. Guests will be able ride along on an active working shrimp boat and see first-hand the mechanics of how shrimp are harvested. Please sign me up!