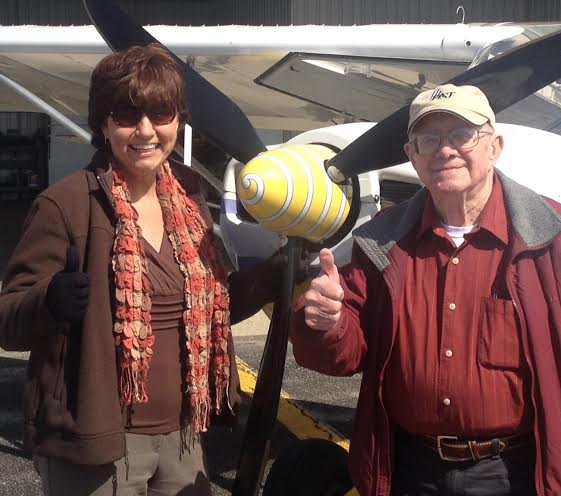 Are biennial flight reviews really supposed to be fun? As of April 1, mine was overdue and I was in the “find a CFI FAST” mode. Luckily a seasoned old timer who instructed out of my airport for years was ready and willing this morning. CFI Ted Matthews has stopped by my hangar over the years for occasional hangar banter and repeatedly volunteered to give me a BFI whenever I needed one. Well, today was that day and was I ever in for a treat. 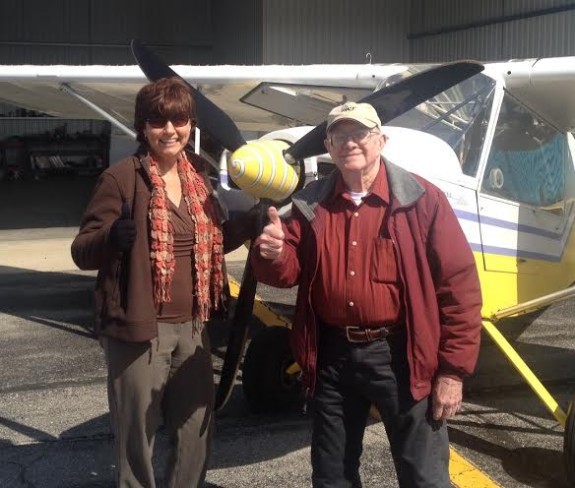 To put things in perspective, I went to Ted’s 80th birthday hangar party four years ago making him 84 years young today. Fit as a fiddle and always raring to fly, Ted was “fired” by our FBO when he turned 80 – hummmm, something about not being able to get insurance anymore. I’m not sure the FBO recognized this as a loss for their current and potential aviation students but I can assure you it was. I’m not here to bad-mouth lower time CFIs who still have a world to learn themselves about flying but I can tell you there is no substitute for 65 years of flying experience. 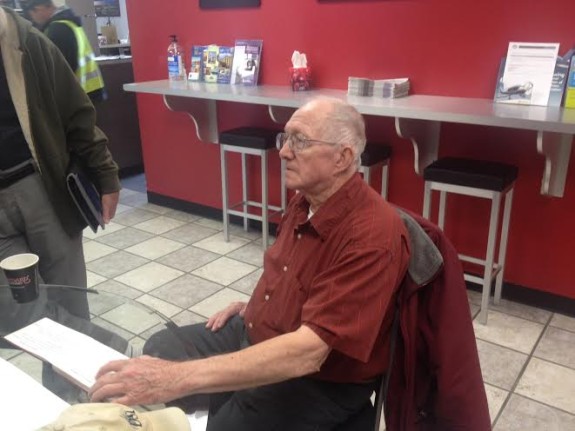 Ted soloed in an Aeronca Champ in 1946 at 16. Born in 1930, he reminisced about growing up during the dawn of aviation when a plane flying overhead was a rare thing. Hearing engine noise he’d rush outside and try and see this amazing machine called an airplane. He credits his grandmother for buying him a ride in a Ford Tri-Motor when he was about 10 years old and he was completely hooked from that point on. 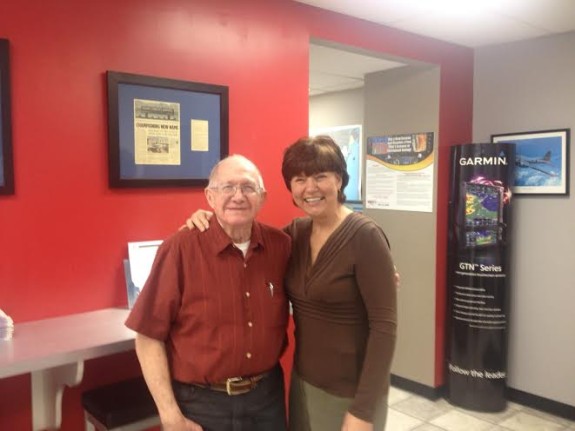 With over 22,000 hours logged and more than 10,000 of them in taildraggers, Ted says he’s more relaxed in the air than on the ground. He’s operated airport FBOs, made his living flying crop dusters and spent 20 years flying freight in Beech 18s. There’s no telling how many students he’s soloed and got through their single engine, multi-engine and multi-engine commercial ratings. As an instructor, give him a Cub or a Champ and he’ll teach you the stick and rudder skills that will last you a lifetime. What you won’t get from Ted is glass panel instruction – and he won’t mince words when he tells you, you may get your ticket but you won’t end up with the basic flying skills you’re going to need one day.

Ted and I had a great Rans S7 flight and fulfilled the standard flight review requirements.

Fun? Yes, Ted’s so laid back and happy to be in the air of course it was fun.

Enlightening? Yes, when he said on short final “Go around, there’s a dog on the runway” I didn’t deviate from my mission to land – I was too busy looking for the dog till I finally figured out the dog was imaginary, gave it power and went around. 🙂

Educational? – You bet. There’s more crammed into Ted’s brain about how to fly an airplane than most CFIs can ever hope to know.