A Smile a Mile Wide 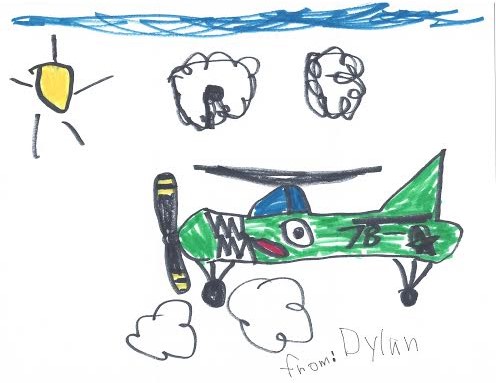 I frequently receive interesting and enjoyable emails from people but this recent one from Dee Ann Ediger was extra special. Dee Ann attended our LLT flyin at Gaston’s and sent this one I just have to share. I think you’ll love it as much as I do.

On Saturday afternoon at the Gastonâ€™s flyin, a young lad with his grandparents visited the airport in order to see the airplanes. When you asked (Judy) if there were anyÂ takers on going with you in your plane on a fuel run, this little guy was busting to get to ride, but since his parents weren’t there, his grandparentsÂ declined to ask anyone to take him up. Â 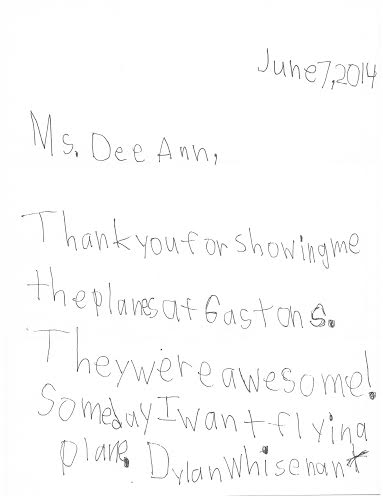 He asked his grandparents about getting on the field, but they didn’t know what was allowed, so I volunteered to take him down the flightÂ line and show him the planes. We walked down and I described all of the planes that I could, telling him something about the performanceÂ and history of some of them that I could. He took everything in, and was reciting some tidbits that he had picked up because of his interestÂ in flight. He has a flight simulator program that he plays with and actually had some of the terminology surprisingly accurate. Â 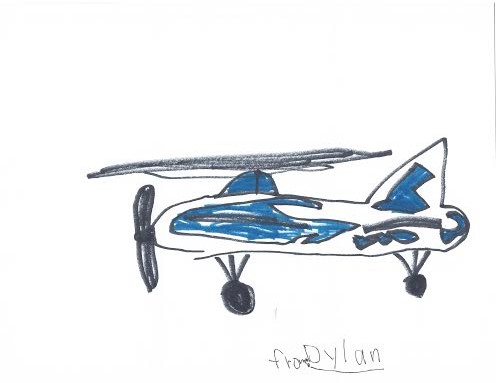 Attached is a copy of a letter I received today from the young man (I had given him a copy of my business card).Â In my opinion, this is totally what sharing the wonders of flight is all about. It gave me a smile a mile wide! Â

If you use your imagination, you can recognize the BirdDog (tongue hanging out) and the 180 (blue flames).Â I’ve also given four EAA Young Eagles a flight this week and have another group scheduled for Saturday as well as being the photographerÂ for the Ponca City Flight Academy Young Eagles flights tomorrow. Itâ€™s a fantastic experience to introduce youngsters to flight! 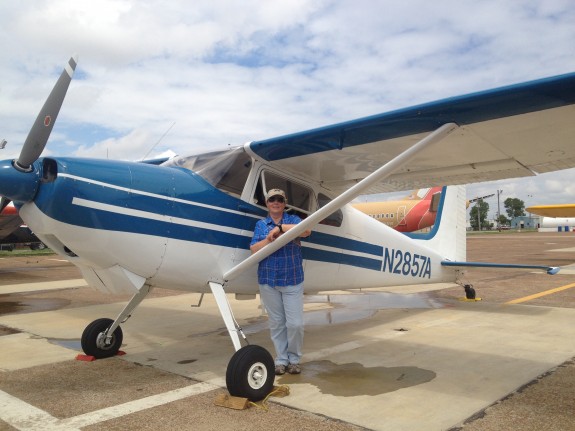 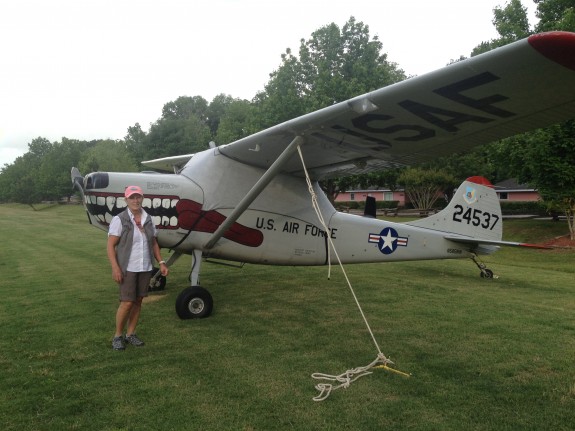 Kathleen’s Birddog at the flyin