A Sweet … and Sour Day

I’ve always loved birthday hangar parties so yesterday’s surprise BBQ Birthday party for friend Mike Foushee made my day. I was hoping this would be a Rans trip for the short 40 mile south hop to Columbus, Indiana, but with the residual weather from Friday’s destructiveÂ tornadoesÂ still hanging on, Boyd and I opted for a Mooney flight instead. AWOS was calling it 24, gusting to 34, but at least right down 25. 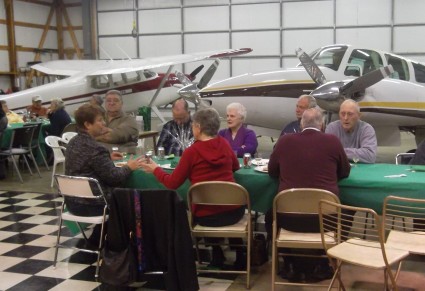 A pretty amazing C170 was the backdrop in this snazzy hangar (oh, guess I should mention that Barron too!)

Mike has owned N711E,Â a 1948 beautiful green & polished aluminum Globe Swift for eons. It got to be there, at least in cake form, for the big event. 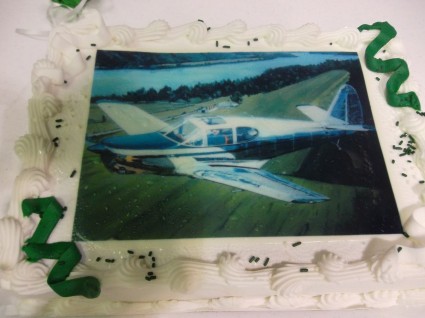 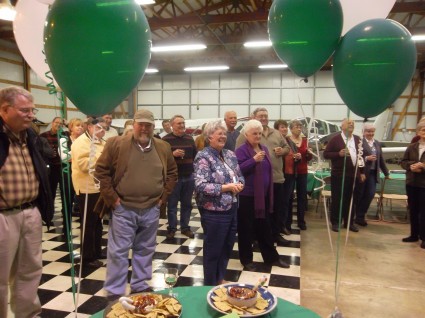 Mike’s two children managed to pull off this surprise party for dad even though they both live many states away from Indiana. 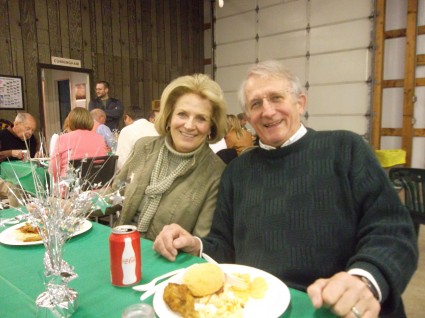 After departing BAK we Â flew the additional 35 miles south to check on Rich & Ginger Davidson’s Lee Bottom Airport. There were dozens of awful tornadoes that hit the Midwest on Friday and reports were still coming in about the horrific damage and loss of lives. Â Ginger had left a quick comment on Facebook Friday afternoon that she was shutting down her computer and moving to her “tornado safe” place. Thank heaven she did and thank heaven she’s OK. They got a direct hit. Rich was not home at the time but is there now heading up the clean up efforts. 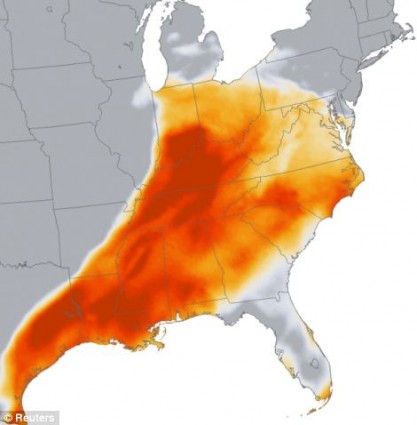 In Indiana, Henryville, Marysville & Lee Bottom Airport were all in the path of a horrendous tornado

Surprisingly, there were no TFRs so we were able to overfly a portion of the path the tornado took. 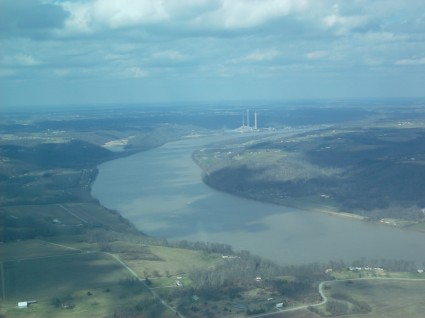 Lee Bottom sits on the Indiana side of the Ohio River

It’s hard to see the level of damage from above and the ground was too soggy to think about landing and offering any help. 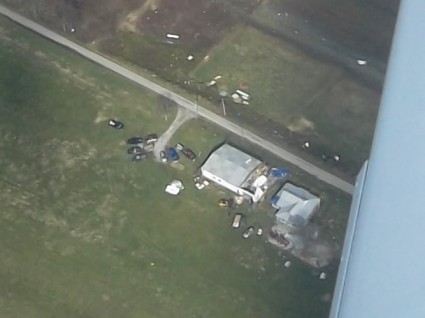 It’s hard to think about dealing with the kind of damage they received. 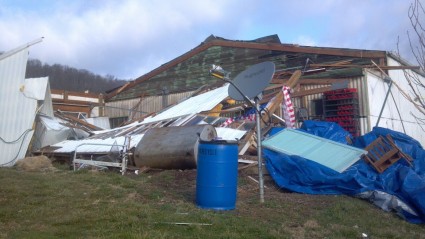 It’s heartbreaking to see the pictures. Ginger and Rich areÂ obsessionally passionate about their grass roots airportÂ and dealing with this kind of damage is going to be hard emotionally and financially. 14 People lost their lives in Indiana and it’s a blessing no one, including Ginger’s favorite critters, were harmed. 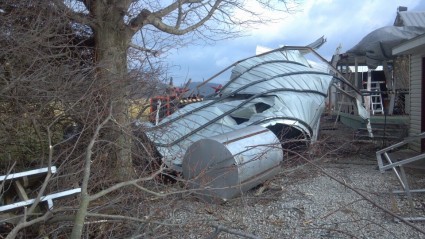 I know it’s a struggle in a “good” year to keep this airport operating and this is going to be a very hard financial hit. If you’d like to help, please consider a donation to help them get back on their feet, Â Lee Bottom Airport Support 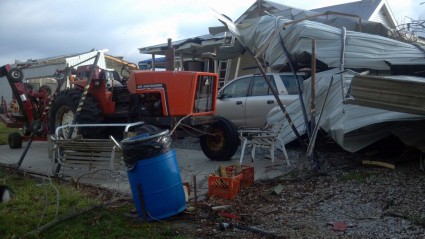 The tornado tracked NNE over Henryville, Marysville and continued on over the bluff to Lee Bottom. I would have thought the bluff would protect them but it didn’t happen. 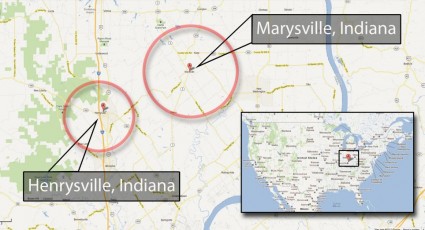 Southwest just a few miles, the small town of Marysville was wiped away. 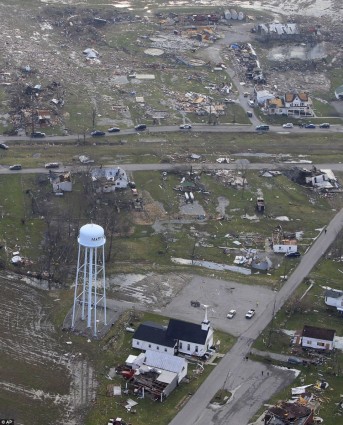 And flying over the route the tornado took there was a 30 mile path of destruction that kept repeating itself. 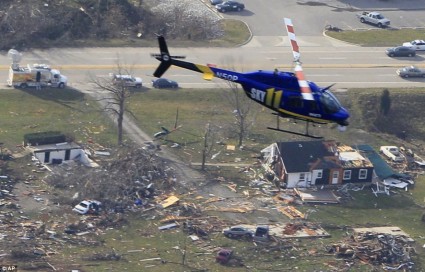 I saw it all from 1500′ but 2 days later I’m still having a difficult time wrapping my brain around the “unbelievable”. Once again Mother Nature has proven who’s in charge.