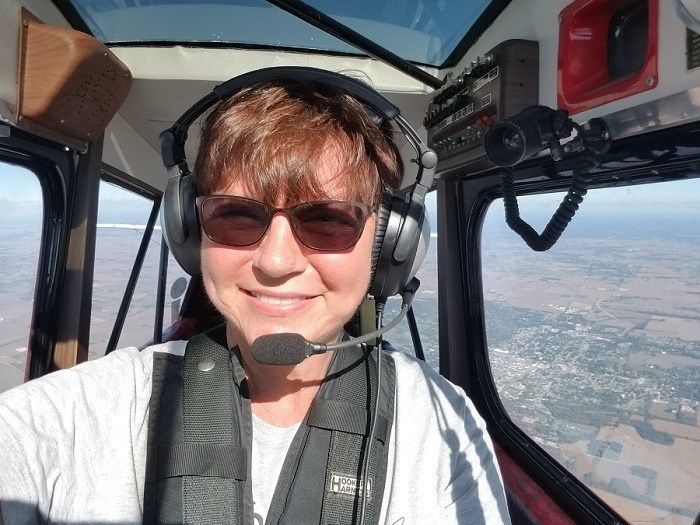 LadiesLoveTaildraggers’ first post was in May 2009 and I was the first-and-only member. We have grown steadily since that day and now have over 2,000 members based around the world. The majority of our members are based in the U.S. but many European countries, Canada, Australia, New Zealand, Columbia, Africa, Czech Republic, Argentina and more are represented.

On a personal note, my love of flying began when I was 15 and shows no sign of slowing down. When I was 19 I made a few static line parachute jumps, but a seriously hard landing and a broken leg convinced me skydiving wasn’t my best option for achieving flight. At 20, I earned my private ticket in a taildragger, a 1946 Aeronca Chief, at a small grass strip in southern Indiana. I had nose-wheel time in a Cessna 150 and a Grumman AA1 but it was taildraggers that I loved and what I was meant to fly. I was in awe of taildraggers! Soon after, I bought a 1/3 partnership in a two-place tandem, 65 hp Lycoming, 1940 Porterfield. It was my first taildragger!!

I absolutely loved flying that little red bird but after a year sold my share because my partners thought I was putting too much time on her. Of course there’s always a silver lining and, in my case, it came in the form of a 1946 Cessna 140, owned entirely by me! I was in heaven. I spent many hours flying long and short cross-countries, doing lots of touch & go’s and chasing birds low over the Ohio River. 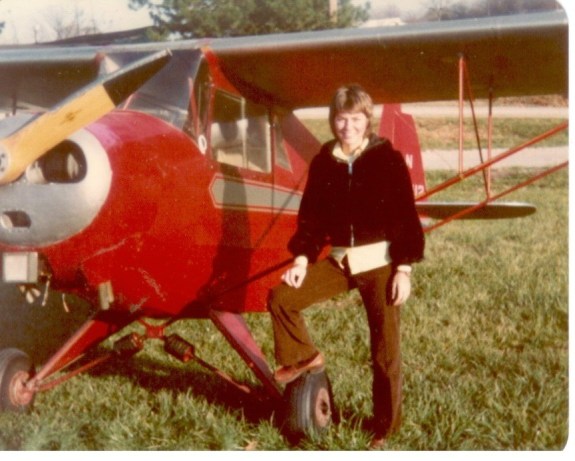 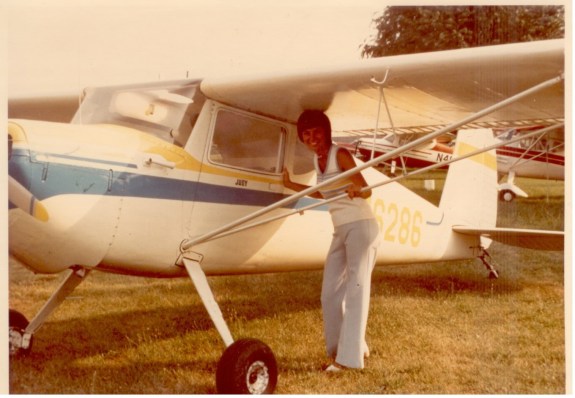 And then something unexpected happened. My flying came to an abrupt halt when I was suddenly diagnosed with Type 1 diabetes. At that time, Type 1 diabetics could not obtain a medical to fly. There were no exceptions and the reality was, I would never fly again as PIC. I was devastated.

It took nearly 25 years but my life changed again when the FAA establish a waiver procedure for some Type 1 diabetics to obtain a third class medical. I met the strict criteria for a waiver!

I was terrified. You would think that when I heard the news I could fly again, I would be overjoyed. I was not. I was scared. It had been nearly 25 years since I’d flown solo and the thought of being alone and aloft seemed impossible. For me, fear was a difficult obstacle and it took some encouragement and gumption on my part to get over it. Looking back now, 8 years later, it seems impossible, even ridiculous, that I hesitated jumping back into the cockpit. The honest truth is, it took time to get comfortable flying solo. It was a process that ran the gamut from extreme nervousness to ultimate joy, with joy eventually overriding everything else.

It was that joy and delight at being back in the cockpit that led me to start LadiesLoveTaildraggers. I was thrilled to be flying again and anxious to find a few other like minded ladies who shared my passion for flying taildraggers. 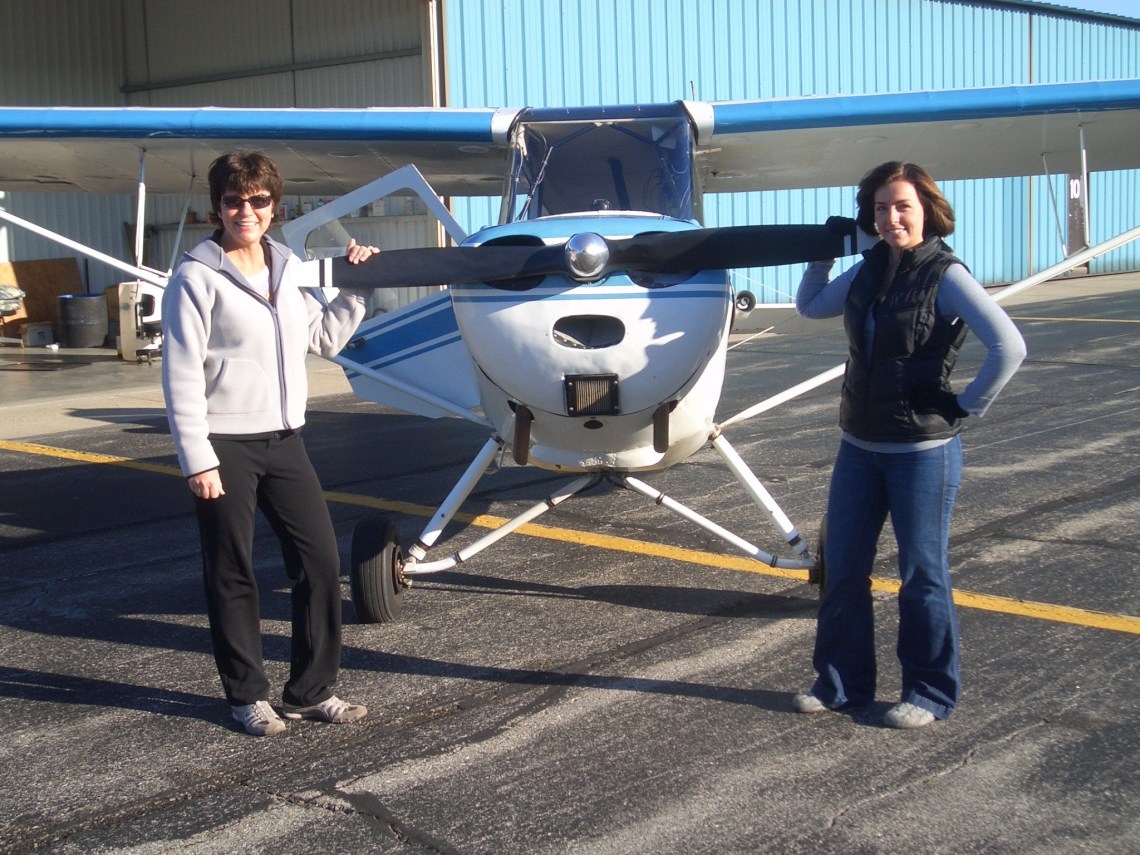 There’s just something about 2 place tandem taildraggers ya gotta love! My daughter Jessica and I posed with my 1958 Aeronca Champ, the “Happy” Champ. 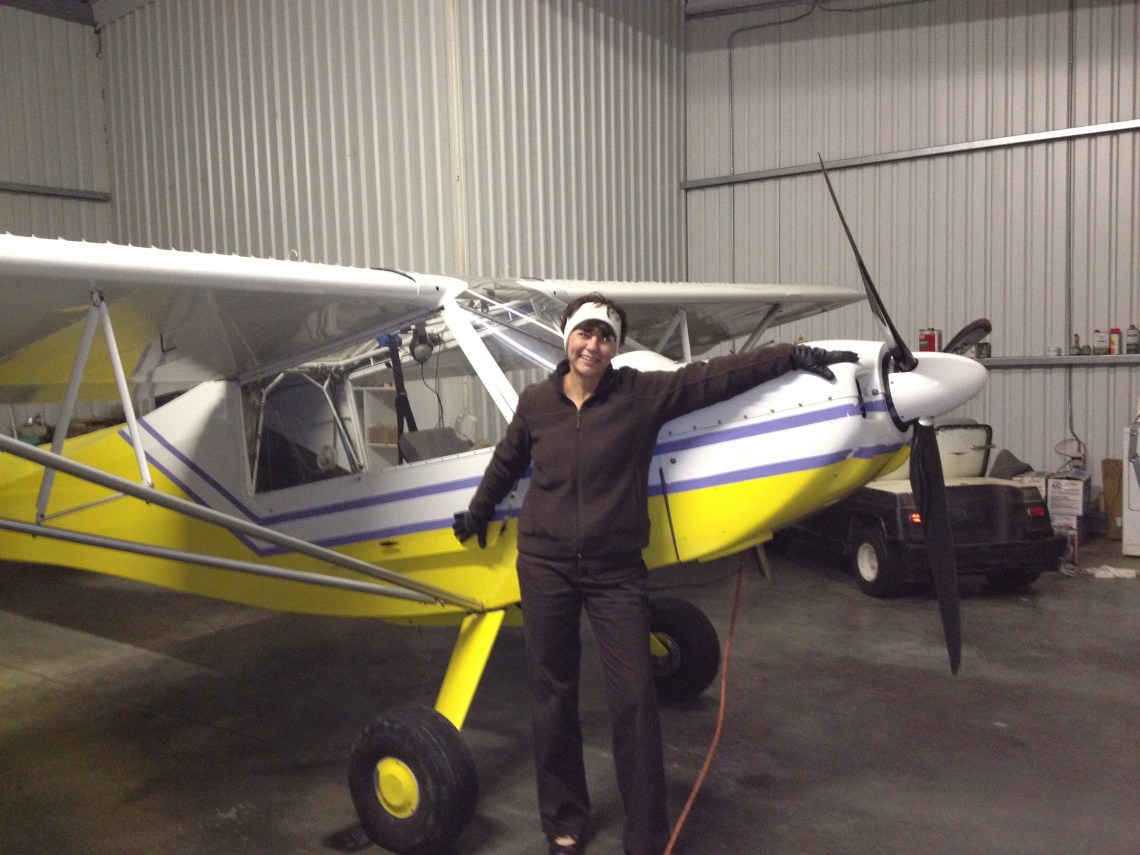 Me and my spectacular Rans S7, one heck of a climbing bird!

Today the FAA still has special protocols for people with Type 1 diabetes, but for those in good health, it’s much easier. We now have BasicMed, a simplified program to assure pilots’ medical fitness for flying, including those with diabetes. I was one of the first 1,000 people to be approved for BasicMed, which is the medical certification I fly under. 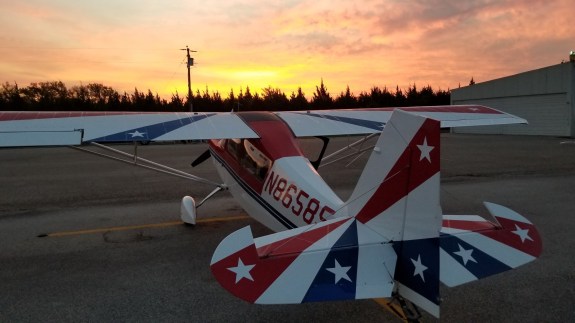 LadiesLoveTaildraggers is fortunate to have a fantastic team of volunteers!

Hella has held a private pilot’s license in Canada since 1976 and has flown for the pleasure of it ever since! She owned a Cherokee 140 with a partner for 10 years, sold it, and then bought a Pitts Special S1T in 2006. She’s flown nearly 40 aerobatic competitions, mostly in the northeast and central US for the first 10 years, but says she’s just been ‘flying for fun’, to use the words of International Aerobatic Hall of Famer Bill Thomas. Hella has attended 3 Ladies Love Taildraggers events – the first flyin in 2009 and the past two. She loves the camaraderie, meeting incredibly interesting and accomplished ladies and the great experiences visiting new airports and fun places. 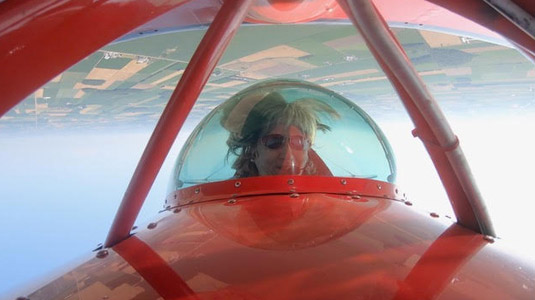 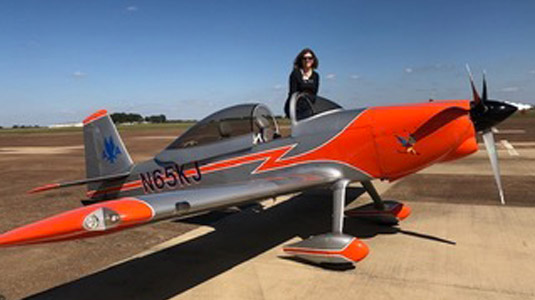 Kelly is the self proclaimed Poet Laureate, Movie Maker, and licensed Zumba Instructor for LLT. Along with her trusty steed, Fifinella, a lovingly built RV-8, Kelly has been able to attend all of the LLT Fly-ins. In 2017, Kelly and the Ladies of Poplar Grove (C77) hosted a fly-in at their airpark, a neighborhood event that received high praise from members and spectators alike. This year, Kelly is co-chairwoman for LLT@KIER2019 which will be by all accounts another stellar event. She flies big airplanes for work and little airplanes for fun and distributes free career advice to anyone who will listen. Kelly belongs to the following alphabet soup of organizations including: LLT, EAA, AOPA, WIA, 99s, ZIN and APA.

Sharon learned to fly 25 years ago at the age of 50 and has never looked back. She loves to see women take on their challenges and find themselves….unfettered by socially contrived limitations. She doesn’t fly single pilot IFR any more in her luscombe, but still loves vintage long cross countries. Blakesburg is her Field of Dreams. 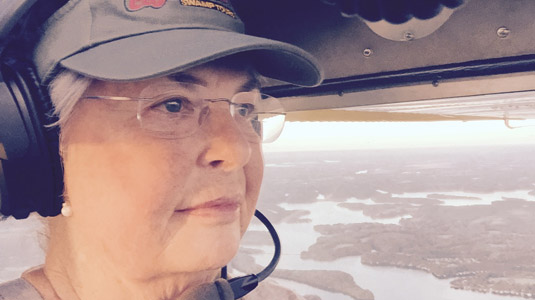