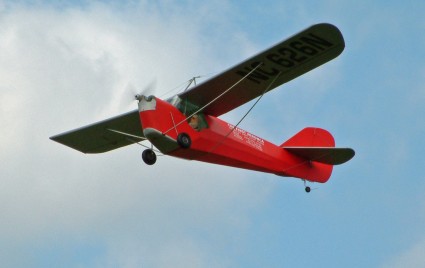 You can’t Â live in the world of airplanes, especially antique and vintage taildraggers, and not have “a thing” for one or another. Mine happens to be the Aeronca C2s which began production in 1928 and the C3s in 1931. I can imagine myself flying a C3 solo, and I do mean solo because even though it’s a 2 place side-by-side, its a tight squeeze to get 2 bodies in the tiny little cockpit – by today’s standards anyway. Â People must have been a heck of a lot smaller back then to comfortably fit in this 2-place airplane!

They used a 2 cylinder piston engine, the Aeronca E-113C.Â With only 36 hp I doubt I’d want anybody riding along, even if they managed to get in too. They were not known for superior performance – a friendÂ told me that on some days there just wasn’t enough lift to get off and it would turn into a high speed taxi session.. 🙂 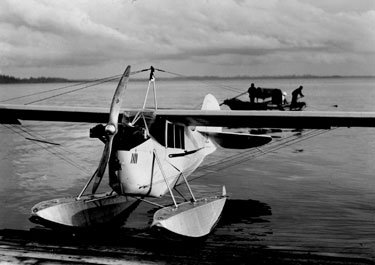 All things come to an end; production was halted on the C-3s Â in 1937 when they no longer met new U.S. government standards for airworthiness. “Many of the C-3’s peculiaritiesâ€”external wire braces, extensive fabric construction, single-ignition engine, and lack of an airspeed indicatorâ€”were no longer permitted. Fortunately for the legion of Aeronca owners, a â€œgrandfatherâ€ clause in the federal regulations allowed their airplanes to continue flying, although they could no longer be manufactured.” 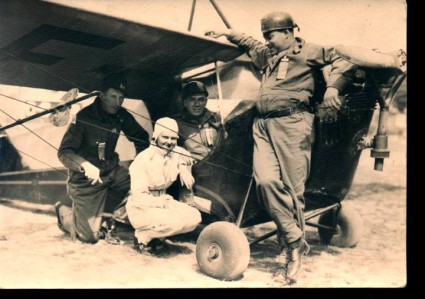 Aeronca C3’s are just cool. Quirky cool. Peculiar cool. Flying bathtub cool. And that’s all OK. It would probably take a mechanic standing by to work on it 5 hours for every hour it flew so that leaves me out of the running for any rare one left to find. What I do know is, if I had one, I’d fly low and slow and drop in at grass strips and pancake breakfasts all summer long! Me and my flying bathtub! 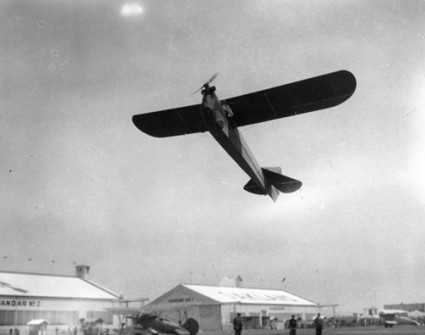 And this last picture HAS to have a home on Ladies Love Taildraggers! No, she’s surely not in a C2 or C3 – I’m sure someone can tell me what airplane she’s about to get a ride in but you gotta love this rare photograph. Leather helmet – goggles – piercing eyes – a face that’s lived a hard life – and from the look on her face, I don’t think she’s convinced an airplane ride is a very good idea? 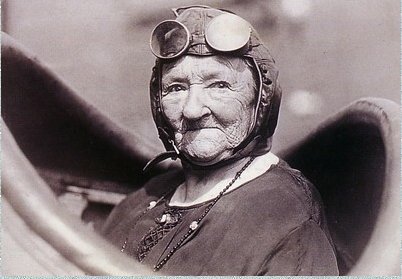 I swear I see a family resemblance on my father's side. Could it be?!!

Thanks to Keith Robert Armstrong for several amazing pictures!