Amal Ajmi and Sheefish on the Kobuk, Alaska 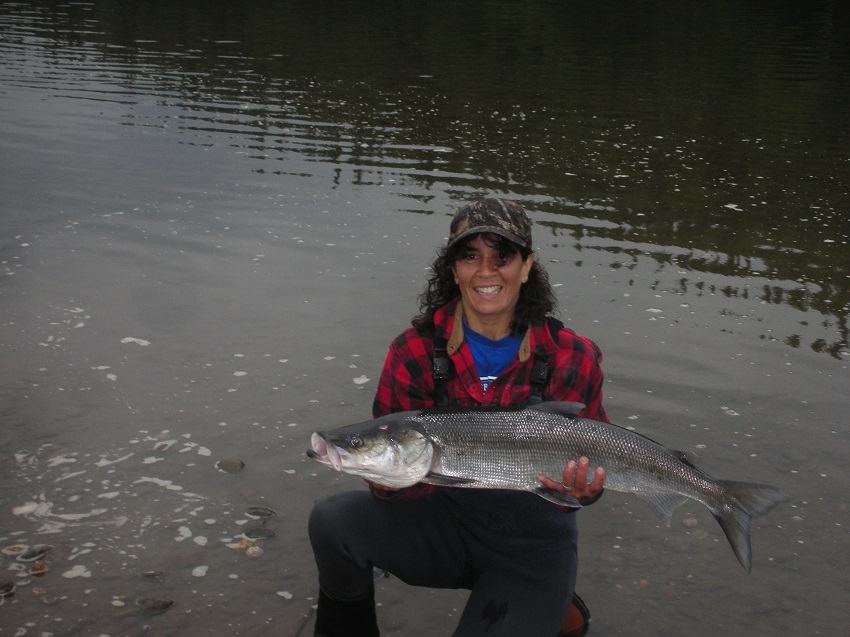 Aug 2013 Amal Ajmi and Sheefish on the Kobuk, Alaska

From Amal Ajmi, “Biggest fish I have ever caught!!! No lying.”

This is the highlight of my summer so far!!! I have been dreaming about Sheefish on the Kobuk for a couple of years now and only this year did I feel I had the experience and skill needed for the gravel bar landing and takeoff required. 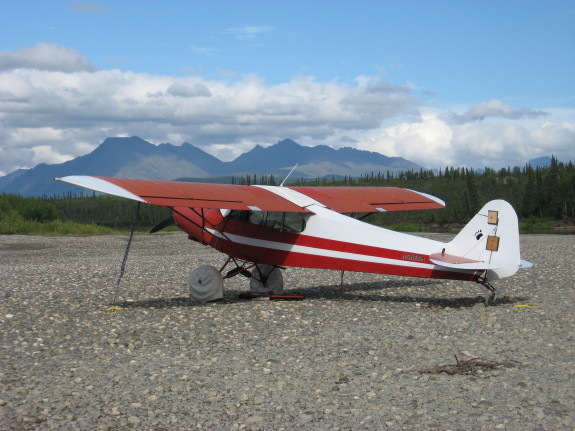 I flew with a friend of mine, me of course in my bird and he in his beautiful red Citabria on floats. Leaving Fairbanks late in the afternoon we flew to Ruby for a fuel top off, and then straight north to the Kobuk. I have never been in this area before and was so struck with the vast beauty. I guess I just can’t ever get enough of itâ€¦.Alaska. 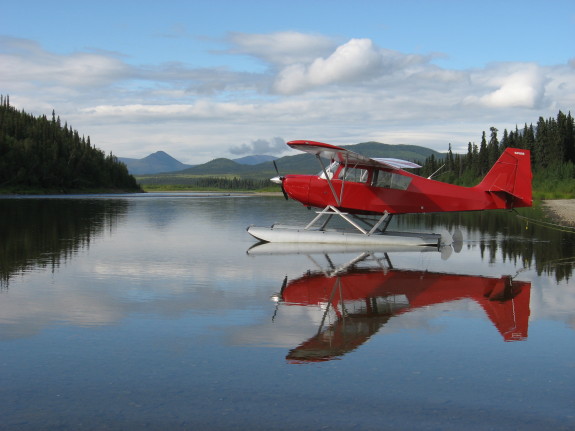 Moose, beaver, swans….as we flew the sun began to sink lower and lower streaking the sky with red colored clouds…the lakes so still they reflected the fluffy lovelies and sometimes our birds as we flew over….after 5 hours of stunning flightseeing we got to our destination after midnight…I flew over and over the gravel bar, making sure of my landing spot and roll out distance…..making sure it was good to go, I know you all know what am talking aboutâ€¦..when you are tired, end of the day and excited about fishing, you can make mistakesâ€¦â€¦I didnâ€™t want to start my trip with a broken bird because I didnâ€™t fly over just one more time to make sureâ€¦â€¦.I flew feet above the river to land as close as possible to the shore line, giving myself enough roomâ€¦â€¦and rolled out just fine. Tying down my bird, I have never been so happy to be a pilot, to be able to go to these placesâ€¦and be so fortunate to have a bird that could take me thereâ€¦. 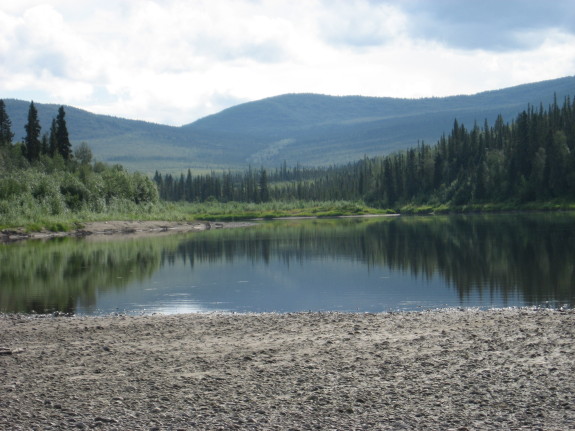 My friend and I made camp, made a small fire and relaxed trying to let the buzz-hum of a long flight sink out of our bones, a sip of whiskey always seems to helpâ€¦Next couple of days were a dream of Sheefish after Sheefish, good gravy them guys are huge!!!! They fight nice and are so very beautiful, big silver scales, some tinted red above the lateral line. â€œTarpon of the Northâ€ they are called. I always bring my fly rod, a Sage LL 5 weight. Who knows when you are going to find Graylingâ€¦and we did. Grayling are my favorite fish. They are also a long lived fish silvery blue, sometimes more golden purpleâ€¦depending where you fishâ€¦ 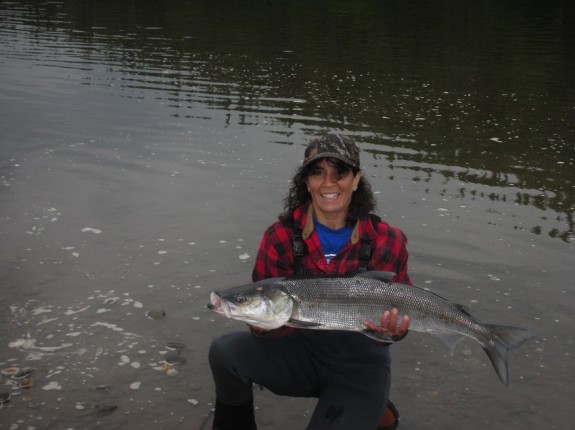 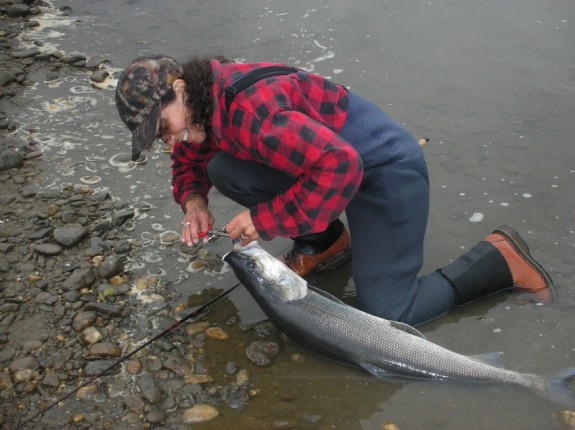 My friend took me up in his bird to try out lake fishing up in the Brooks Range, only about 20 minutes from our camp site. He caught a nice pike, but the lake trout would not rise to our luresâ€¦.ah well, we picked blue berries for a bit and returned to the gravel barâ€¦.. 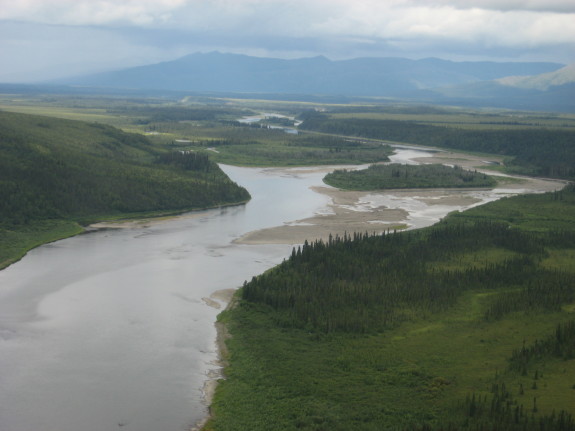 It rained a fair bit the last 2 days of our fishing and on the last night, I lost 200â€™ of my gravel bar. I have practiced short field take offs A LOT, I practice over and over for just such an event. My bird can take off in 200â€™, I know this. I still had plenty of room (about 600â€™). Still concerned, the next morning I walked the remaining distance over and over until I had every rock, every little pool stuck on my head. I also unloaded all my heavy gear so I would be lightâ€¦..my friend took up my gear, leaving behind a load for later, and he waited for me to take offâ€¦..I gotta tell you, there are times you really donâ€™t knowâ€¦.will the practice pay offâ€¦..I held her on the ground as long as she would let me and then effortlessly she sprang into the air with about 100â€™ to spareâ€¦.keeping in ground effect over the river I â€œYIHAâ€™edâ€ at the thrill of my birds ability!!!! 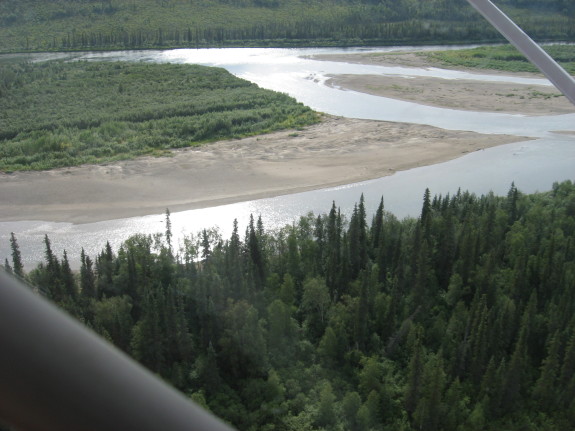 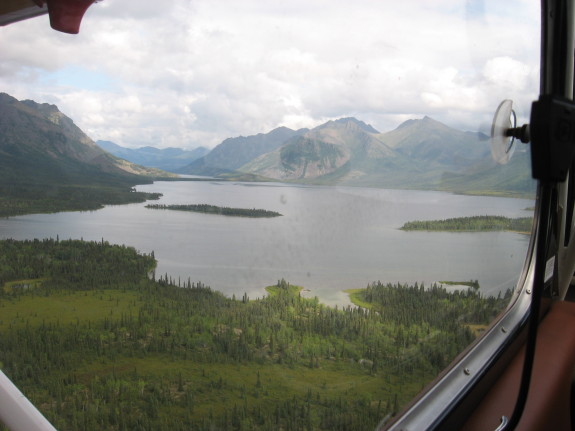 My friend caught up with me and we flew to Bettles where I waited for him to go back for the last load. We had some early dinner and flew home to Fairbanks, bounced around by the last of the daily head winds and thermalsâ€¦settling down as the day grew older, it was a smooth ride the last half hourâ€¦â€¦with the biggest grin on my face, I covered and tied down my awesome little bird. Blue Skies and Tight Lines!!!!