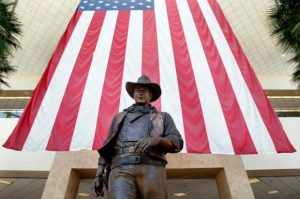 Ann Beeghly was most recently based at KDGL, Douglas Municipal Airport, Arizona and is considering KSNA, John Wayne-Orange County Airport, Santa Ana, California. Ann is a member of the 99’s based at KSNA.

I flew a couple hours in a PA-18-180 recently and really got inspired to fly taildraggers! This was during the GIFT (Girls In Flight Training) week in Lancaster, TX in June.

I’m not really based anywhere at the moment and truthfully, I’d need to work up to soloing out of KSNA. The radio is not my strong forte–something I’d need to work on before calling SNA my base. “Charlie is the Enemy” ha ha! (Class C)

My flight hours are mostly in the distant past, so I’m a rusty private pilot now in the process of scraping off the rust! 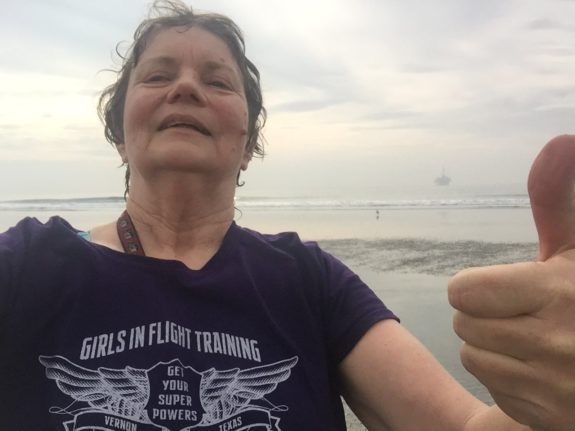 I’m wearing my GIFT tee shirt – took the New Years Day plunge at the beach with a resolution to fly more.

APV:  Apple Valley is another place I have flown out of but not much this year, and I once had a 172 hangared there.