Many thanks to Anne Wright (with the cool Super Cub) for providing an amazing, first hand account of what it was like to be at Sun ‘n Fun last week.

Things have finally settled down at home, laundry done, grocery shopping done, and picked up Piper the Dog. Now it’s time to call my insurance agent to get the car fixed – broken window and lots of dents from falling branches during the tornado. Tornado watches and severe thunderstorms both down there and back, thunderstorms and a tornado during the week, mud, wind, fire ants – not sure why I go except to meet up with friends I only see a couple of times a year. 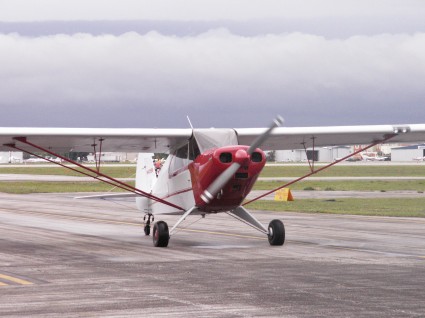 One of the Cub Convoy airplanes arrives at Lakeland, under a threatening sky.

The Cub Convoy came in on Monday at 11am, two hours early, after finding a break in the weather. Four airplanes made it, out of 46 registered. Not many were at the dinner Tuesday, mostly the sponsors, but it was fun and interesting to chat with them, and the food was very good. 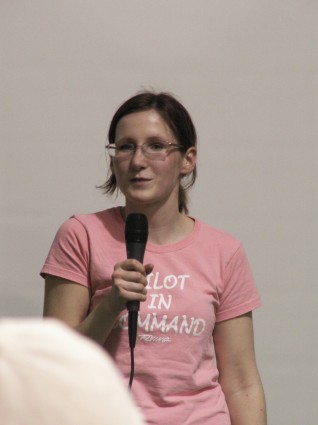 Amy Gesch speaking at the Cub Convoy dinner, after her 6-day ordeal.

Amy Gesch finally made it around 7pm, after leaving home on Thursday morning (yes, six days in transit). It’s also taking a few days to get home due to weather. She’s quite the adventurous one!

By now, everyone knows about the F1 tornado that ripped through the show on Thursday. I was in a big display hangar at the Women in Aviation booth when it hit. 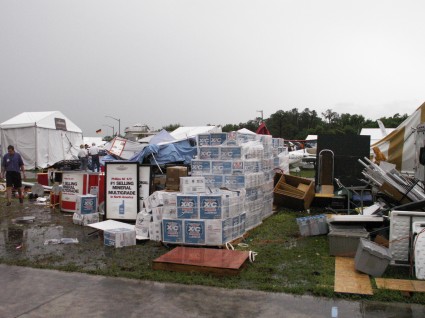 What's left of the Phillips 66 tent

Everyone stayed calm, even when the lights went out and the roof started leaking. Dakota Cub lost their prototype 180 (flipped over), and fell on Amy’s LSA, but fortunately it was minor damage to the LSA and easily repaired. 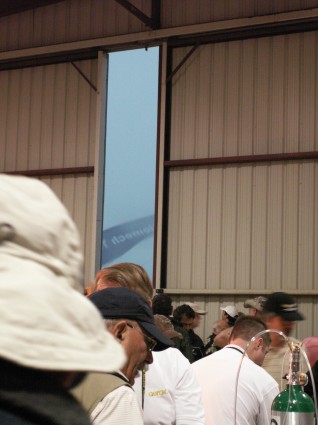 The tornado from inside Hangar A (that flag is normally vertical).

Many aircraft were lost to the storm, and a number of vendor tents were blown down. Seven minor injuries, one broken hip (a volunteer in a security booth that got flipped). 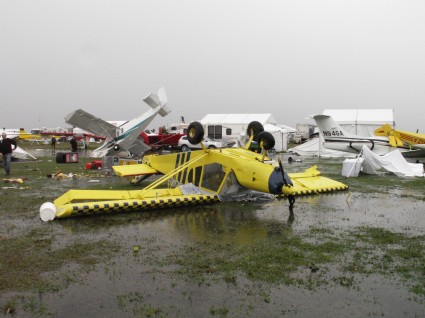 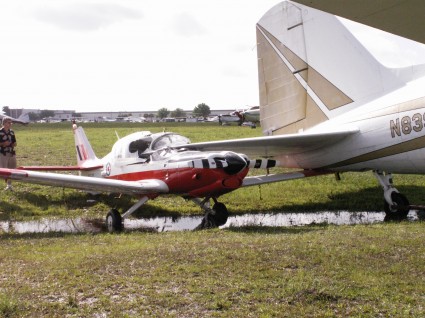 Friday dawned clear and calm, and everyone started the recovery process. The show opened at 8 am, the Blue Angels arrived at 10am (only 23 hours late!), and the airshow went on. 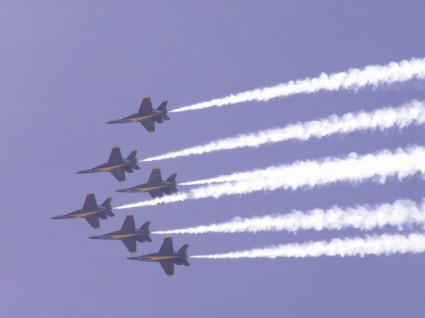 Friday morning I had breakfast with Women in Aviation, where Paul & Audrey Poberezny were the guests of honor. Paul told some wonderful stories, the food was good, and I got to talk with Patty Wagstaff for a bit afterwards. 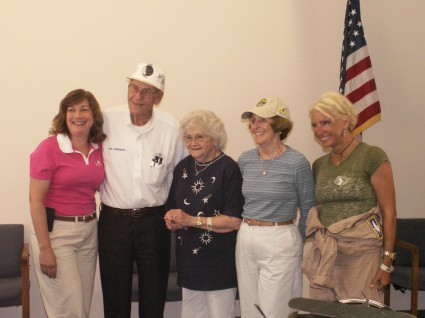 I messed up royally Friday at noon: totally forgot that I posted meeting for lunch at the Dakota Cub booth at noon, and missed Lynn Gardner. We did finally connect on Saturday and had lunch together in front of the AOPA tent. What a treat to meet her and hear her stories! We then went over the RAF (Recreational Aviation Foundation, good folks who are trying to save or reopen backcountry strips) and renewed our memberships. Being slightly airheaded at the time (the tornado must have scrambled my brains), I forgot to get a picture of us.

During the week I attended a few forums, including Dakota Cub, Cleveland Wheels & Brakes Maintenance, and the end of the Space Shuttle program (the speaker was a real rocket scientist, great speaker, and very passionate about the program). One evening program (after the Cub Convoy dinner) was Hoot Gibson talking about the history of Naval aviation….. 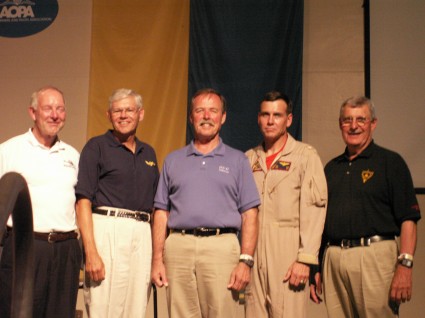 Hoot Gibson speaking on the History of Naval Aviation. 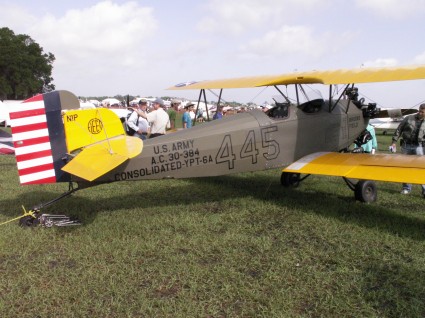 A Fleet biplane like the one in the 1932 movie "Hell Divers".

Saw lots of friends, had dinner out a few times (discovered a real Italian restaurant with terrific manicotti and cannoli), and am very glad to be home again!

I spent the week with Linda Betzoldt and her husband Dan. (She’s on the site, from Tecumseh, MI). They went down early and stayed late to volunteer. This event wouldn’t happen without all those dedicated folks! 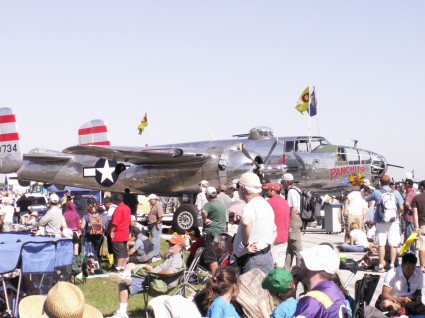 Panchito B25 on the flight line