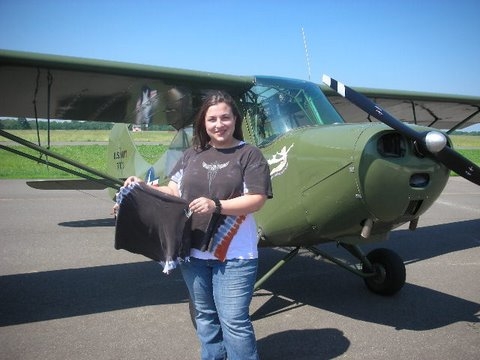 April Gowen is based atÂ Bealeton, Virginia and flies this 1946 L16 Champ. 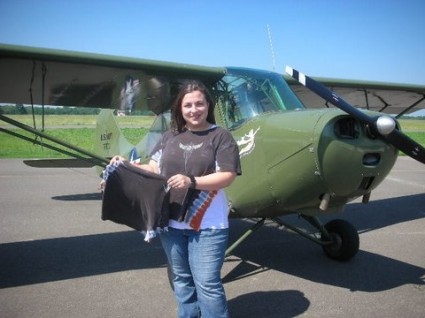 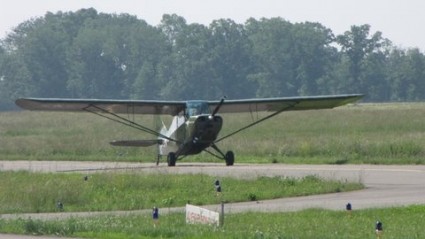 I recently did my first solo flight. The guy in the next picture is my instructor.Â  His name is Chuck Tippett.Â  He is aÂ CFI and a member of the Flying Circus in Bealeton, VA.Â That’s his Champ. Â He is also a wing-walker.Â  He has helped over 40 students get their license (he teaches in his free time as he is a full time lineman for the local power company) and I was the first female he has ever soloed, so it was a big day for him too! 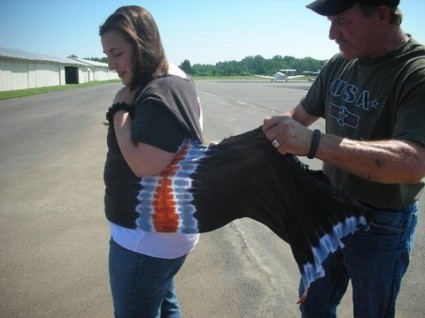 I decided to get into flying when I went to the flying circus to see the airshow and my husband bought meÂ a ticket to go for a rideÂ  in a Stearman that Chuck (now my current instructor)Â was flying.Â  I was scared to death because I had always been afraid of flying.Â  But there was something about the rumble of the engine and the smell of the fuel and the element of risk that was magnetizing to me. So he took me up and I remember it was such a wonderful and exhilarating feeling, that I actually cried tears of joy while we were in the air!Â  It was at that point that I was hooked.Â  IÂ  nowÂ  eat, sleep, and breath flying.Â  And it’s the old fashion, “real” planes like youÂ say,Â that excite me most. 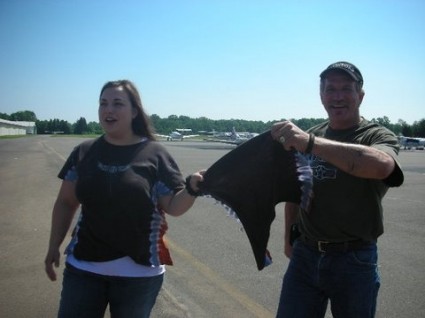 Maybe sometime the group can check out the Flying Circus.Â  I know that the local chapter ofÂ Women in Aviation International has a fly-in there every year, but never a group of ladies who fly taildraggers!!!Â  Also, close to me is the National Air and Space Museum (Udvar Hazy) so maybe in the future it could be a cool weekendÂ event for the girls to use as a get together.Â  I am posting links below for you to check out: http://www.flyingcircusairshow.com/ http://www.nasm.si.edu/udvarhazy/ If it’s something you would be interested in, I’m sure I could get it set up!Â  We are also trying to build a vintage plane museum there so it might be a good event for raising donations toward the museum! 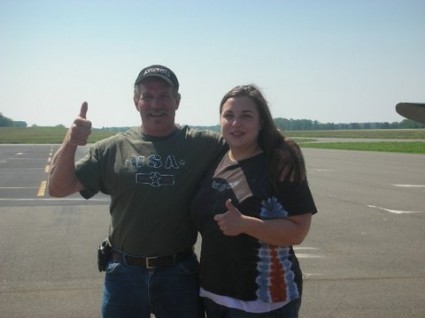 Hope to get networking with others soon!