Are you cheating when you add ‘That Little Burst of Power’ ? 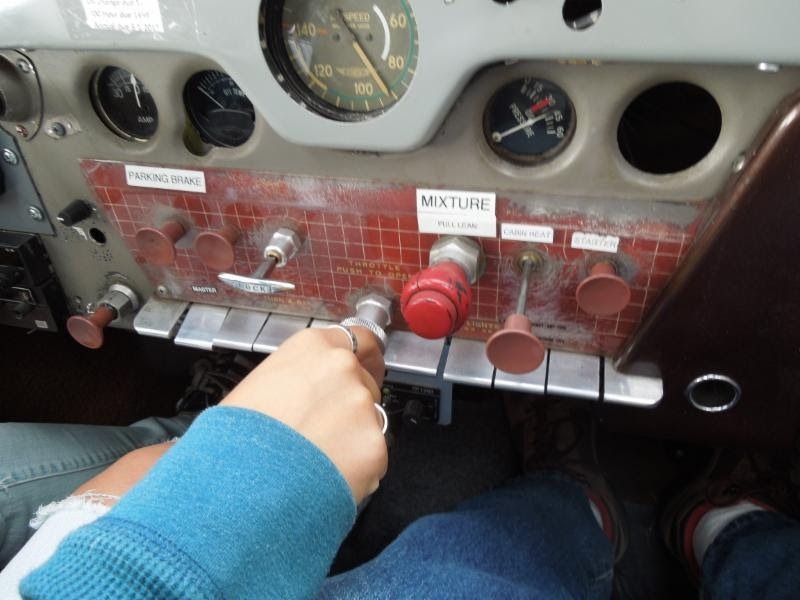 Nov 2017 Are you cheating when you add ‘That Little Burst of Power’ ?

Every two weeks, courtesy of Brian Lansburgh, a copy of his Tailwheeler’s Journal Newsletter pops up in my email “In” box. It’s usually a quick read about who’s-flying-what at Tailwheel Town, funny little personal stories, a fair amount of pictures and links to Brian’s new and old articles. Through my email link, I can spend a quick minute, or get sucked deep into the nearly 200 stick & rudder aviation articles; always provoking, enlightening, sometimes edgy and always entertaining. I highly recommend you take a minute to read Brian’s most recent and insightful article about flying .. and landing.

“That Little Burst of Power”
article by Brian Lansburgh

(A rant about the final burst of power in order to lessen the angle of descent during a landing.)
September 2017

I learn from watching other pilots.Â  Occasionally, I see someone do something that I think they shouldn’t do.Â  I should hasten to add that these are, for the most part, good pilots.Â  And I should also add that the things I notice may not always be big or important things.Â  I simply notice them. 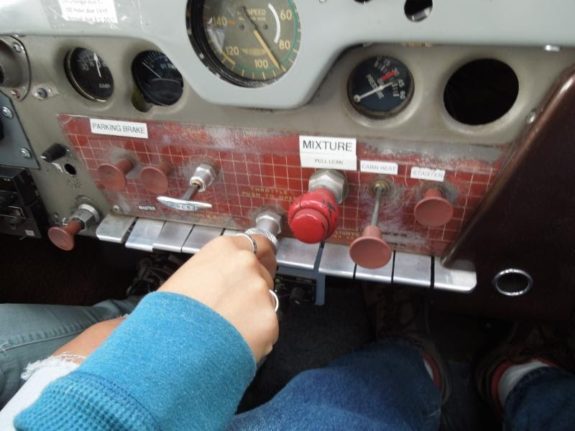 Many pilots, when flaring to land, will add a little burst of power.Â  Why?Â  They may have more than one reason, but mainly I think they add that power in order to flatten the glide.Â  Why?Â  Because they can add power or they can flare with precision.Â  It’s a helluva lot easier to add power.

Why do you think that so many airplanes are equipped with nose gear?Â  They are in the vast majority.Â  It’s mainly because those who build airplanes almost without exception believe that “You buy what you fly” and that the easier it is to fly, the more people WILL fly and more of them will buy an airplane.Â  It makes sense financially to make airplanes easier to fly.Â  It makes more sense to make them more stable and safer, to make them virtually impossible to spin.

And what makes sense financially in the area of what we fly, also makes sense when it comes to how we fly it.Â  Enter Acme.Â  For those who are not familiar with this writer’s vocabulary, “Acme” is my little name for the vast majority of flying schools and how they teach would-be pilots.Â  “Acme” teaches some operations that I totally disagree with.Â  One of them is “gradual power reduction”.Â  That is the initial decrease of power on downwind, followed by gradual reduction in all the following legs during the landing and culminating with a closed throttle only during the landing flare.Â  That gradual power reduction causes the aircraft to fly a significantly flatter glide to the runway and a flatter glide makes for a much easier landing.

Those pilots using “a little burst of power” during the landing flare are actually causing the aircraft’s glide to flatten and to eliminate their own need to precisely control their landing flare. Actually, their passengers will thank them for that little burst of power.Â  And you should know that “Wuffos”[1]Â only judge the skill of their pilots on how smooth their landing is.Â  If it is a smooth landing, they are assumed to be competent pilots.

But what is wrong with the habit of using a little burst of power?Â  There are several reasons and for one of them, let’s turn to that great musical group, “Riders in the Sky”.Â  Part of their “Shtick” is to chant that something might be the easy way, but it wouldn’t be “the cowboy way!”Â  By itself, that’s a good reason, but it’s not the only one.Â  A good pilot should be able to execute any of a large number of maneuvers and to do each one several ways… and well!Â  And, perhaps the most important reason is one which every pilot should understand.Â  You see, every landing can and should be a practice for that day when the engine will fail and we will be flying a low performance glider.Â  If we make most of our landings completely power-off from the time we are abeam the runway numbers until we are safely on the ground and rolling to a stop, we will be well practiced for that day which may never come but which is always a possibility.

For on that day, Acme may just rear its ugly head.

And, in case you’re wondering, would I ever use the technique of adding a little burst of power?Â  You bet your ass… I might want to fool some whuffo into thinking that I’m a great pilot!
Happy Swooping!
Brian

[1]Â Those who are regular readers of mine will already know about this strange term.Â  “Whuffos” refers to those who know little about aviation.Â  Oh, and they can also be pilots.Â  The term comes from early skydivers in the South.Â  Seems that some of the locals would watch the jumpers, shake their heads and ask the skydivers, “Whuffo you jump outta dem airplanes?”.Â  And thus, the term was born.Â  And lest you think that no pilots are whuffos, just think of how many pilots you’ve heard say, “Any landing you can walk away from is a good one”?Â  Now, there’s a dumb, whuffo-like statement if I ever heard one!