Around the Horn of Maine 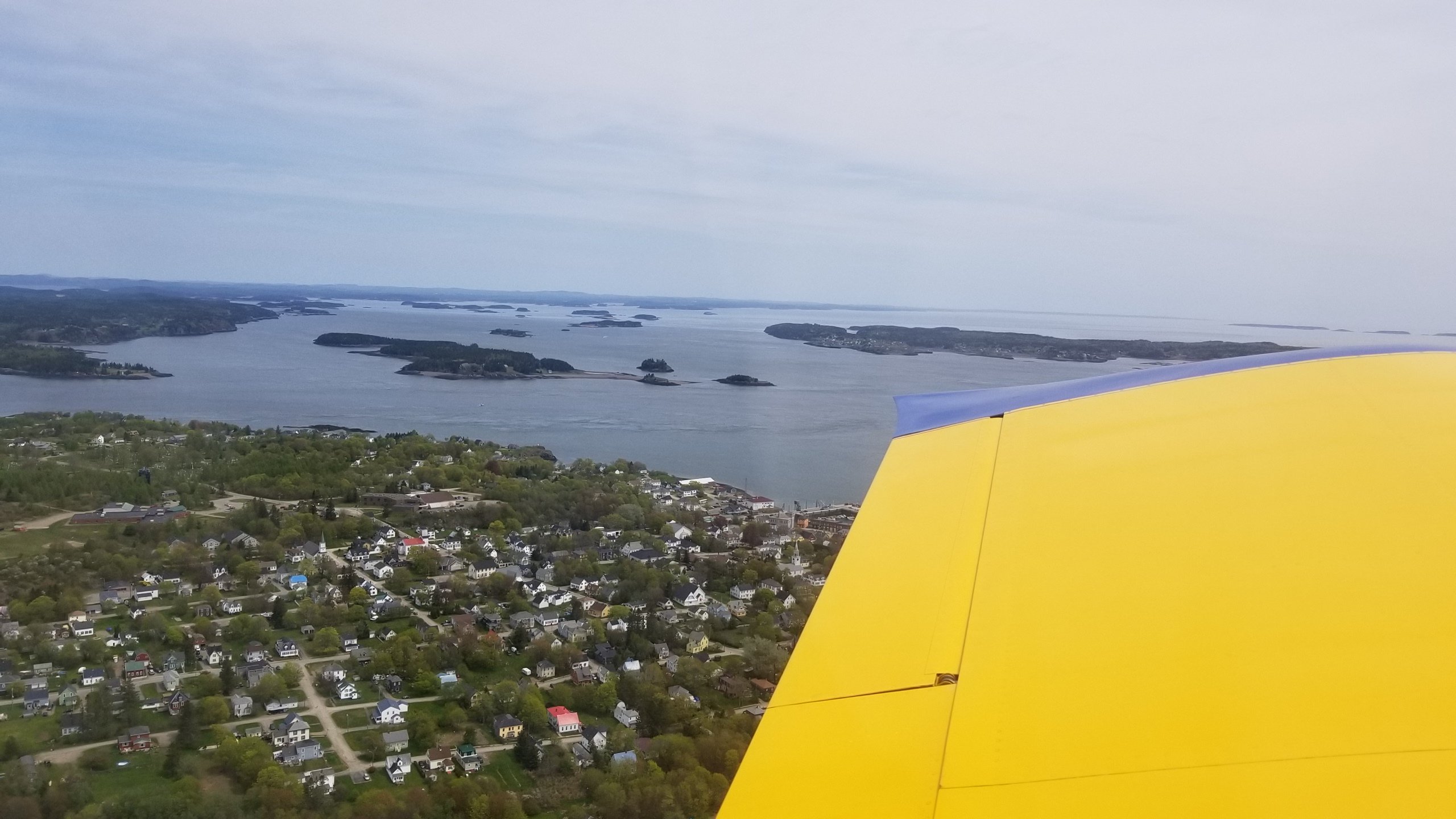 I’ve been excited about the prospect of flying around the rim of Maine for a long time, but the reality of it set in this morning. Yesterday we’d flown from Niagara Falls, NY to 59B at Jackman, Maine, and that last hundred miles brought home the fact that we’d passed the line of significant population. Approaching west central Maine and heading to 59B, airports are fewer and farther between and towns have thinned out. 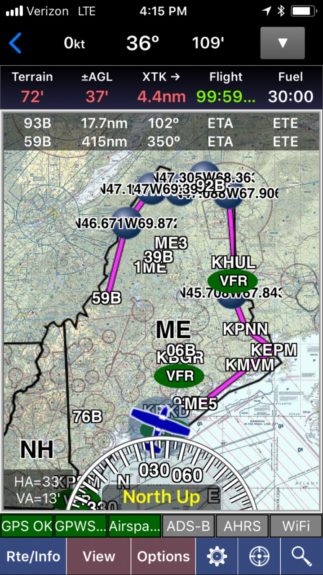 This morning was a cool & crisp 41 degrees with scattered, high thin clouds. Our goal was to fly our RV7 north following the U.S. – Canadian border and keep turning right until we ended up at the Atlantic Ocean, way to the south. After overflying northwestern, northern and northeastern Maine, our first goal was landing at Eastport, Maine. 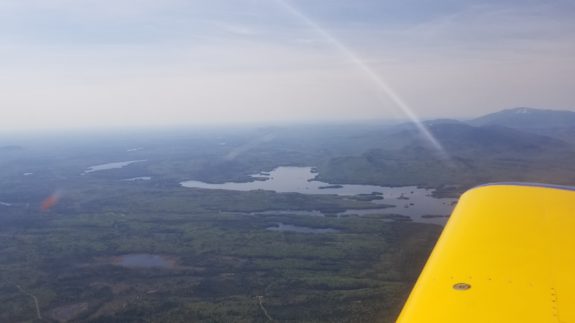 And that’s exactly what we did, but what I hadn’t anticipated was how utterly remote and isolated northern Maine actually is. We flew mile after mile without seeing a hint of human existence anywhere. We looked closely at the lakes and forested land below us and the only sign humans have arrived are the logging access roads. No towns, no real roads, no houses, no airports, no way-points, no intersections, no people. We clearly understood that if we went down for any reason, it may be years before anyone would find us. 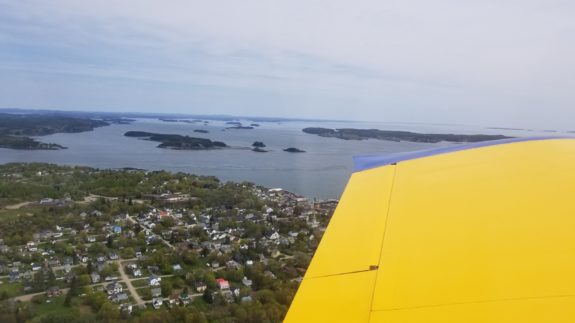 OK, I was a little nervous and Boyd was a bit ill-at-ease himself. I mean, really, the thought occurred to me, what in the world were the two of us doing here?! I could be home flying yet another pattern around my home airport, totally comfortable and never push myself. Boyd may have thought the same thing?Â  But it was a fleeting thought and I seriously wanted to complete our US perimeter flight – and this flight was just part of it. I do regret I didn’t invest in a SPOT emergency locator for this trip. 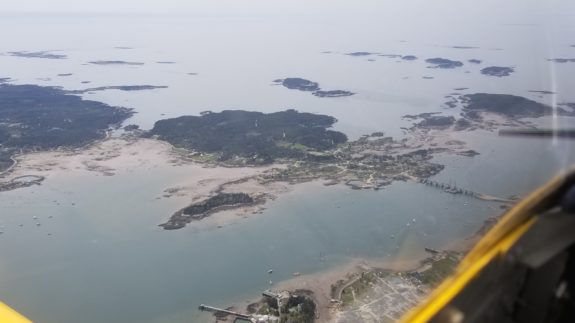 Flying northeast we had a surprising tailwind and were making great time – better than expected. When it was time to head southbound a headwind kicked in but it was still a joy to head back towards civilization! 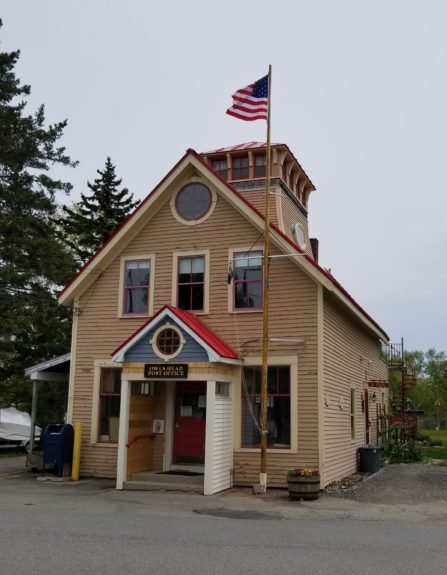 We eventually ended up at Rockland, Maine today, better known to pilots as the home of the Owl’s Head Transportation Museum. Trust me, we didn’t waste any time stopping by! With a 60% chance of rain tomorrow, we’re planning on hanging around this and the Portland area for a day or two. 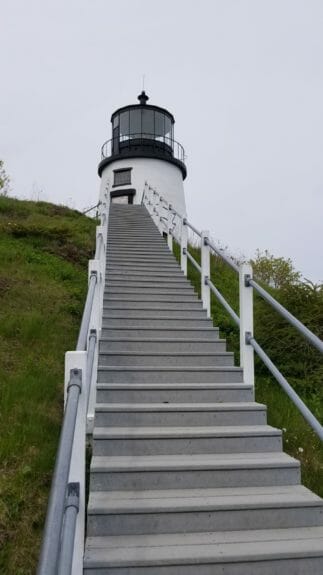 And thrilled to be here!