Autopilot for the Rans!

Amazing but true… my Rans S7 now has an autopilot! With 215 hours on my Rans in barely over a year, it’s proved it (and I) are cross-countryÂ enthusiasts. Â But with that, we’ve also encountered a few times when my little “slip ball” didn’t quite cut it and a gyro horizon would have made me feel a whole lot more comfortable. So the solution in the used instrument market – aÂ TrueTrak ADI Pilot II (attitude directional instrument). Hey, more bang for the buck than an ordinary gyro horizon! 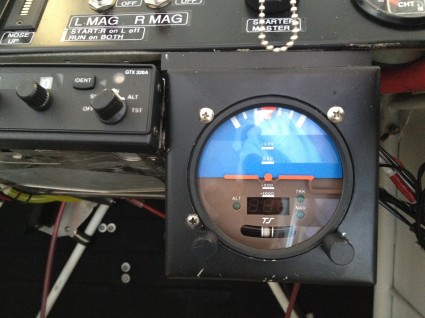 The digital readout is ground track rather than heading because it’s GPS derived. Turns out the price of a rebuilt electric gyro horizon was approaching $2000 and we have about $2500 in the total auto pilot. That did come with a lot of hard work and effort by Boyd who probably has 40 hours in the total project.Â Mind you, I’m holding flashlights and handing tools throughout – sympathizing with every dropped screw and misplaced screw driver! 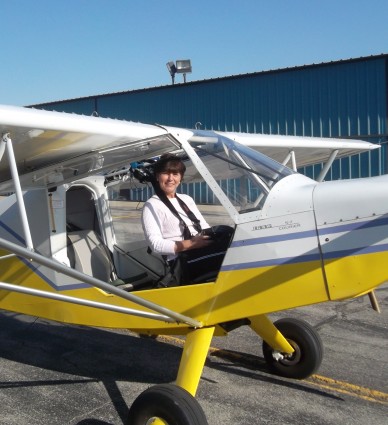 Installed and ready to see how it does in flight!

There’s a lot more involved to this installation than you might guess. Boyd had to make a mount for the ADI instrument, had to make a mount for the roll servo and a mount for the pitch servo. Plus the linkages to the controls from the servos. Had to measure and order a custom wiring harness from Stein Air and then connect all that to the electrical system and wire a disconnect switch on the Ray Allen stick. Of course, nothing’s ever easy. With 38 or so hours into this little upgrade project we were finally able to mount the actual instrument you see in the picture and screw in the 4 little screws. The screws had come with the instrument and we assumed they were the right length. BUT NO!!! The screws were too long and it broke the bezel when we screwed them in. Crap!!! We busted it! “No, No, No, we were 5 minutes away from finally flying it! You’ve got to be kidding me!” But no kidding, it really did have to go back to the factory for repair and we really did have to wait another week to get the project done. And about the money thing, what’s a $550 repair bill to get my Rans back in the air?! 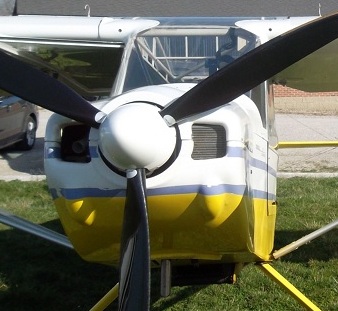 So what's next for the S7 - a paint touch up and new SPINNER ART coming soon!

I doubted I’d want to use the autopilot function much since I really do LIKE to fly the airplane but in the short time I’ve had to play with it I can see it’s going to come in handy. Â The aircraft is so lightweight moving my body forward or back or side to side in flight changes my vertical and horizontal track. That makes looking at charts, leaning forward to change GPS setting, etc. less of a chore. Now, I’ll be able to turn it on for a minute or two and the airplane won’t wonder off course. Â I know I’m going to get some flack over this Â … something like, “That’s not what this kind of airplane’s for!” but so be it. Bring it on!!