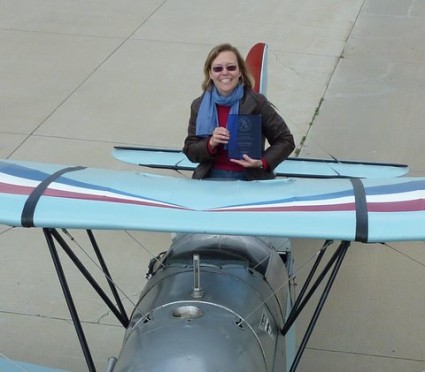 Congratulations to Gail Schipper for her Second Place Award for ‘Most Unusual First Flights’ in the Centennial of Licensed Women Pilots Event. Â The event was scheduled to honor the 100th anniversary of the first woman in the world to receive a pilot’s license, and I know at least 3 of our Lady Taildraggers participated! Gail lives in Colorado and even though the “Introduce another woman to Flight” event was the week of March 6, she still took four women for open cockpit rides in her Bucker Jungmann! Â She says “No award was offered for the coldest”. Â  Gail gave four flights March 6 & 7 2010.