B-17 Aluminum Overcast’s Flight into OSH 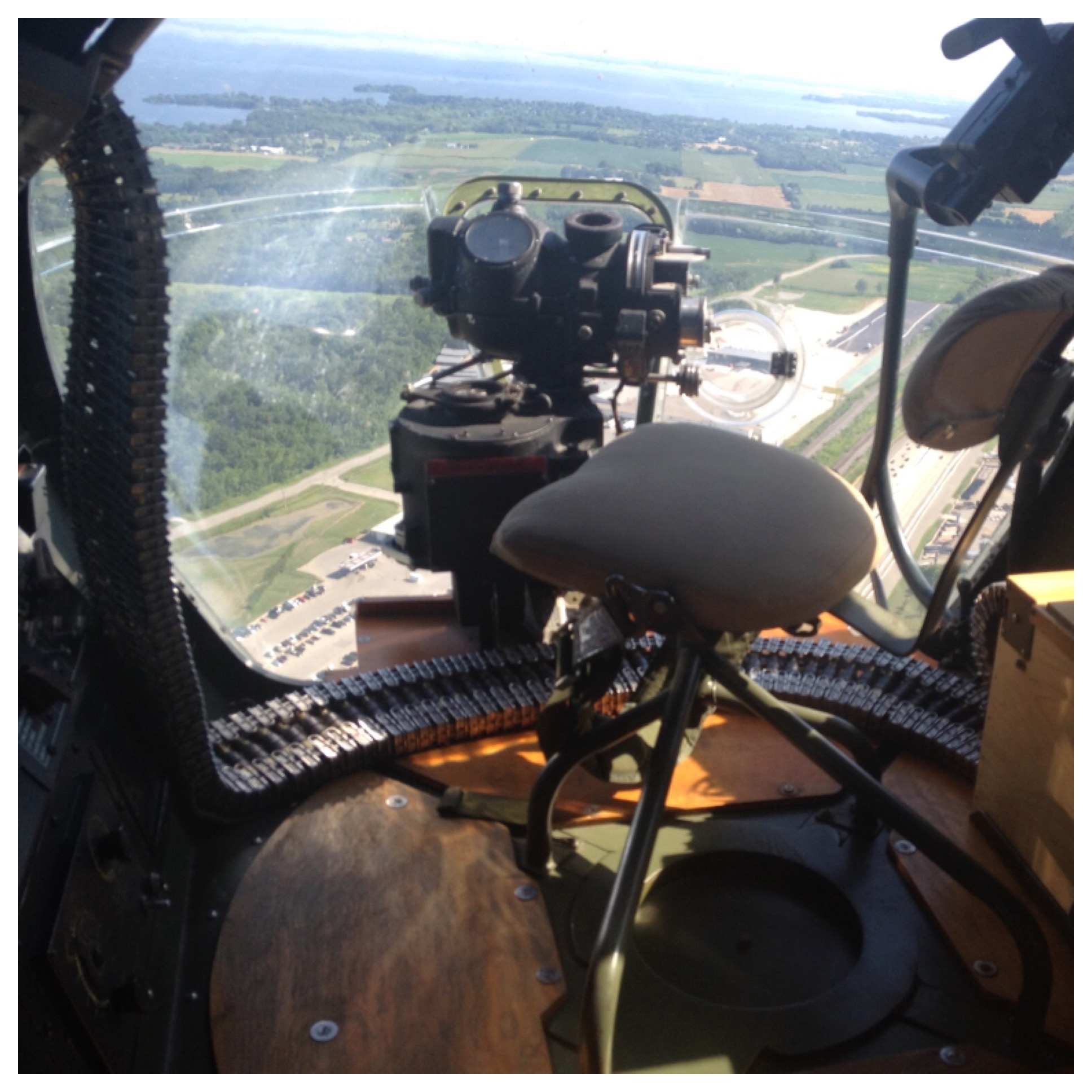 Having recently experienced another fantastic week at AirVenture meeting lots of great people, I can tell you that my new hero is lady taildragger pilot Lorraine Morris. During past AirVentures you may have seen Lorraine in the “Vintage” area demonstrating how to correctly hand prop an aircraft. For several years, she and husband Ken were partners in this daily exercise-in-safety. Things change and so have Lorraine’s interests. This year instead of demonstrating propping a Cessna 140 she was flying a noisier, bigger bird, EAA’s B-17 “Aluminum Overcast”. 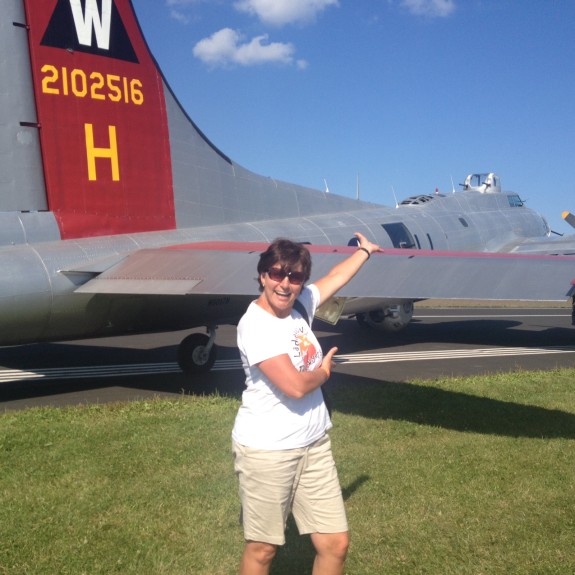 Luckily, Lorraine invited Adina Papp and me to fly along on a re-positioning flight from Appleton to Oshkosh. Oh my gosh, does anybody EVER say “no” to that? Of course I’m going! Of course Adina is going! Just say where and when and we’ll move the world to be there! Lorraine was assigned first officer on our flight, pictured in the right seat. 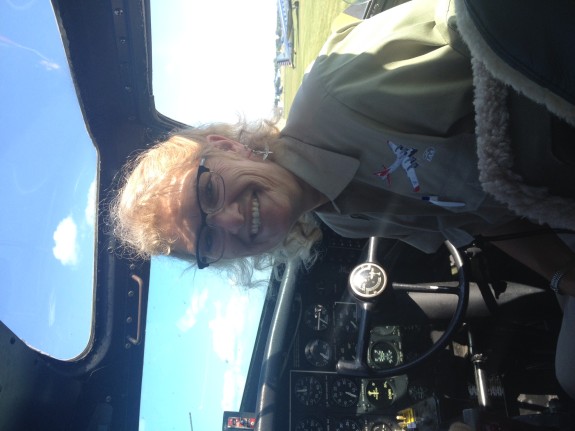 It was an awesome, totally unbelievable chance of a lifetime. B-17G-105-VE, s/n 44-85740, is one of only ten surviving Boeing B-17s in existence. Coming off the assembly line just as WWII ended, she saw no combat, maybe why she’s still flying today. 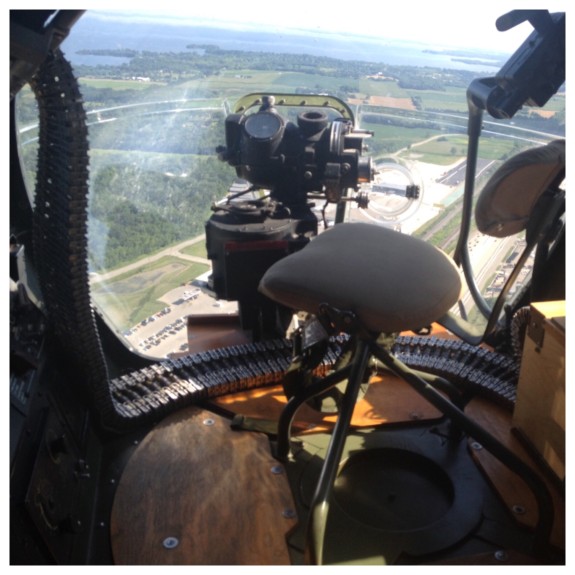 My flight buddy for this adventure was Adina Papp who was giddy with excitement. I’ve never seen a happier, more exuberant smile on anyone’s face as we climbed aboard and found our seats. Adina was a blast to fly with and you’d be hard pressed to figure out which of us was more ecstatic to be up there. 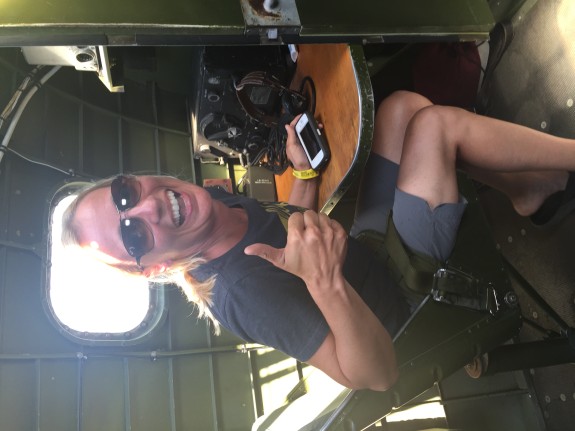 Anybody think Adina is excited?

I will say that as happy as Adina and I were to be along on this flight, there was a lot of emotion involved for both of us. After the flight, we spent time talking about the roller-coaster of emotions we felt. Of course we were happy and excited, but we were also very much aware of the sacrifices made by so many former B-17 pilots and crew members. 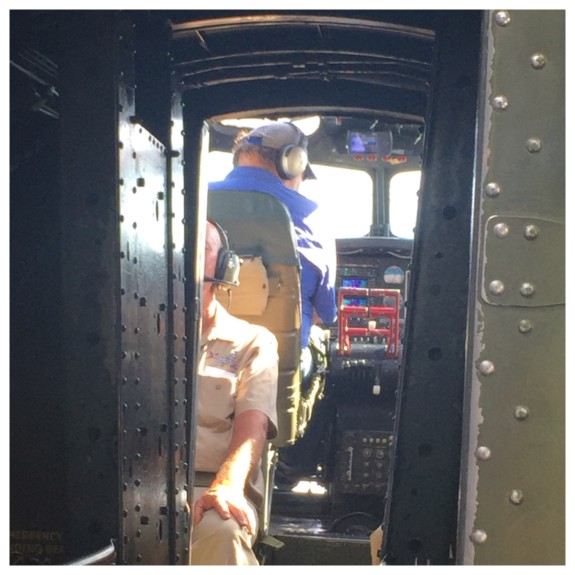 It was a wonderful flight but it was also overshadowed by a reverence for the men who gave so much aboard their own Flying Fortresses. 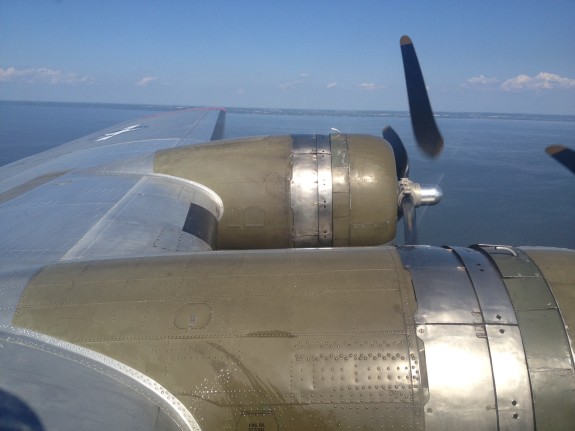 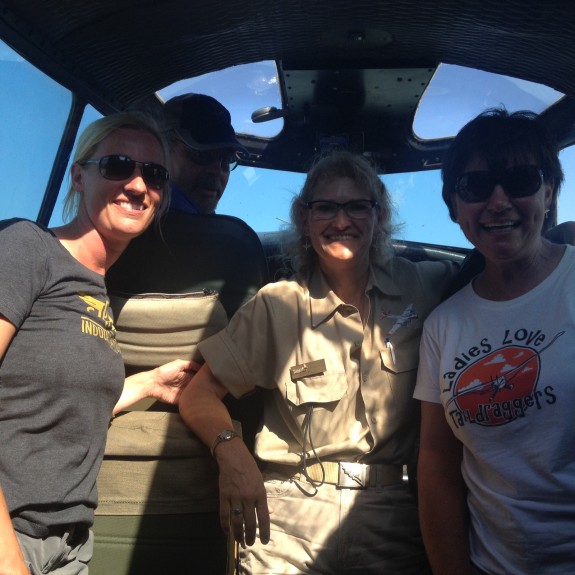 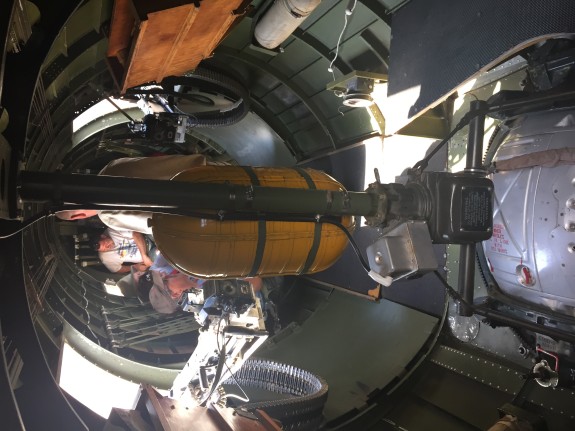 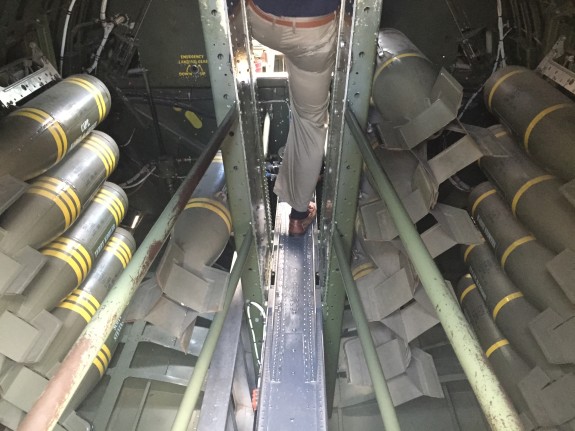 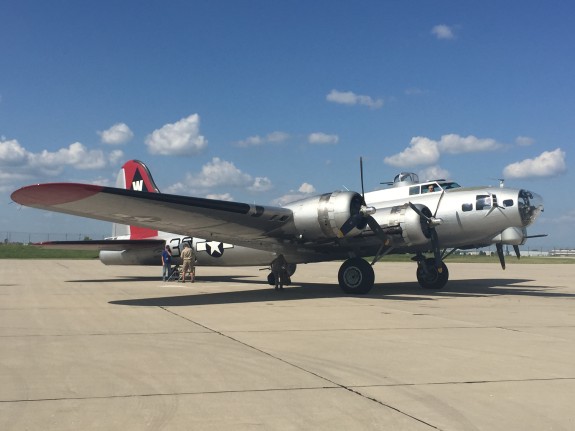 Hang in there as my short video bumps you around the inside of Aluminum Overcast.