Back in the Game at OSH! 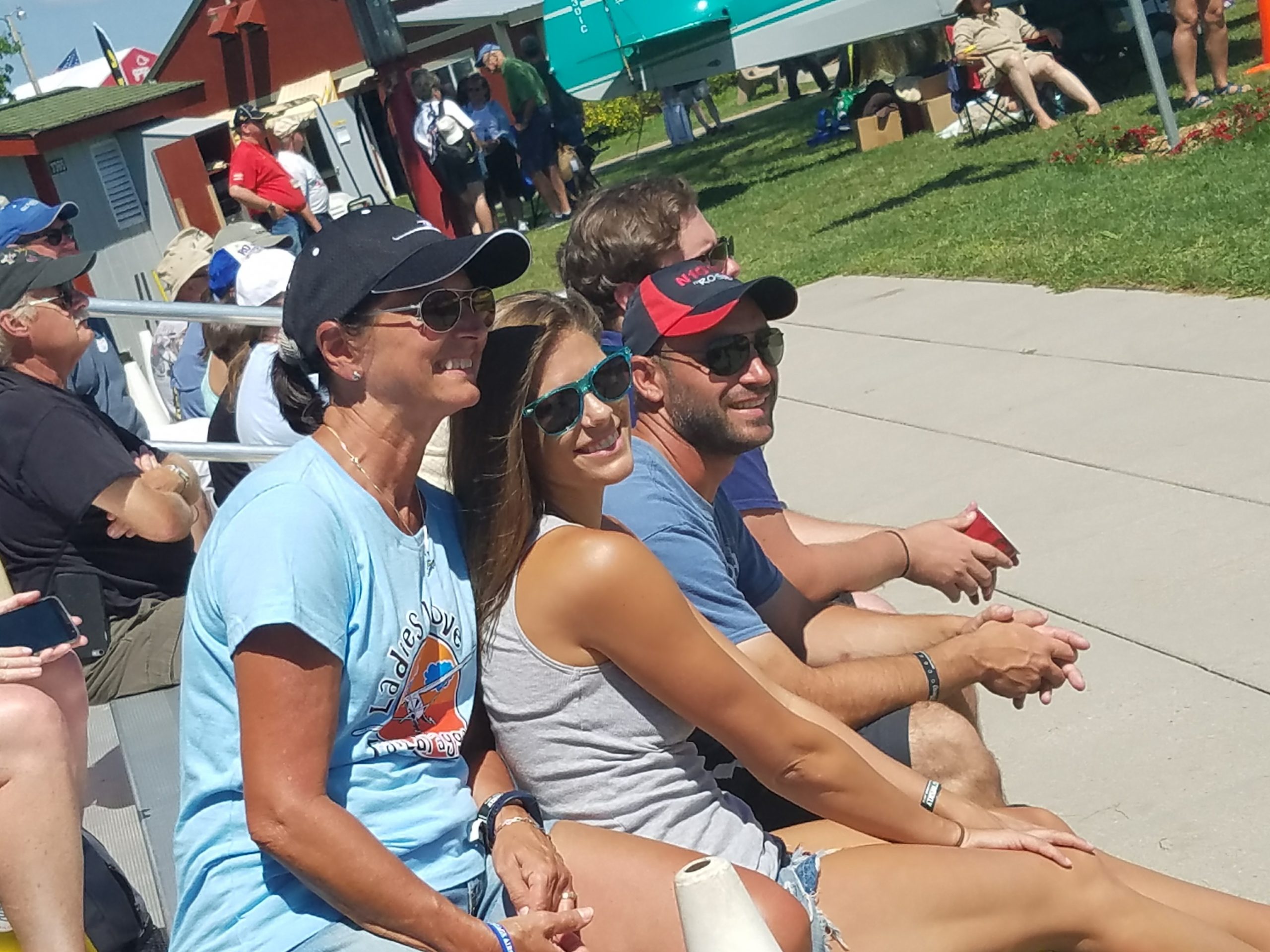 One thing that wasn’t in my plan this week at OSH was losing my cell phone. It’s constantly in my hand or on my hip ready to phone, IM, text or Facebook instantly. Losing it was stressful, but hopeful, given there were limited options where it might be. The panic began when I found it. Someone turned it in to the U of W dorm where I’m staying, smashed to smithereens in the parking lot. It was bent and scratched and the glass was shattered so bad it was shedding powdery & glistening glass everywhere. There was evidence it was still barely alive, a tiny blue light flickering on top and an occasional vibration. It was completely unusable though.Â It took two visits to Verizon to get it done but I now have a new phone, same number, —- and I broke down and bought the insurance this time! 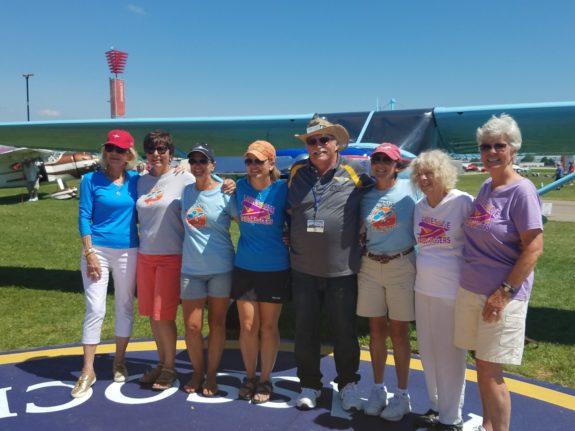 Vintage In Review with Ray Johnson, our host.

I’m having a spectacular time here at AirVenture 2017 and am thrilled Ray Johnson invited LadiesLoveTaildraggers back to Rose Circle this year. We were featured in Thursday’s Vintage in Review program with a whopping 6 lady taildragger pilots interviewed and 4 of their airplanes displayed. 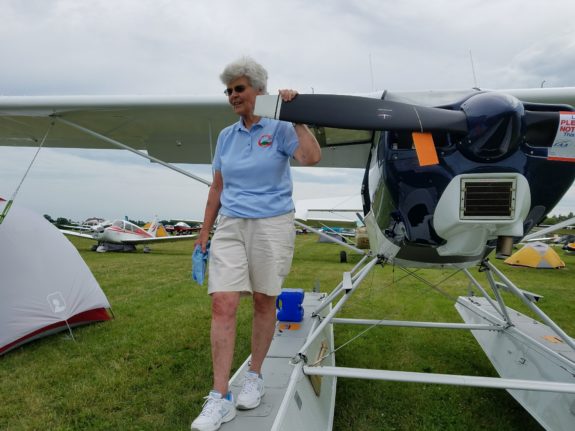 Mary Build from Maine and her Piper PA-12 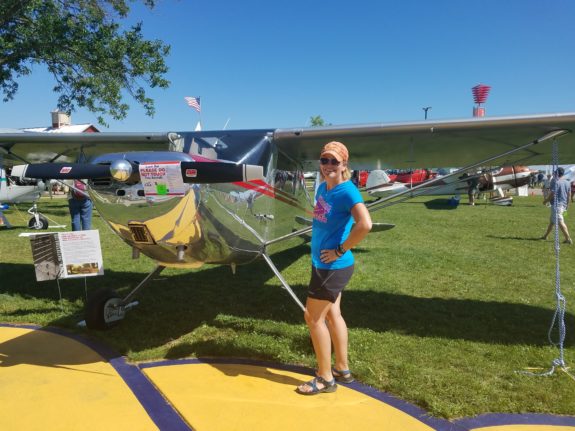 Sarah Dickerson from Kansas with her C120 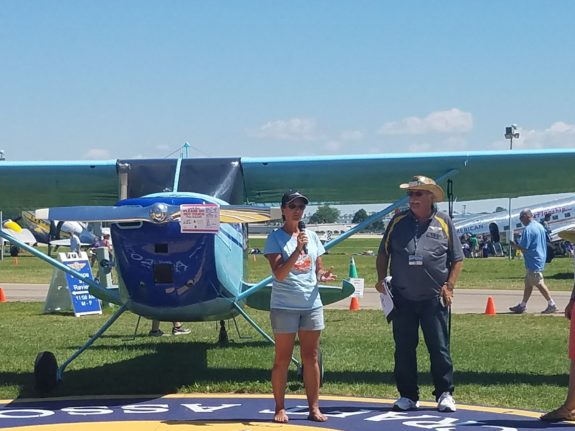 Debby Klein from Arkansas with her C170A 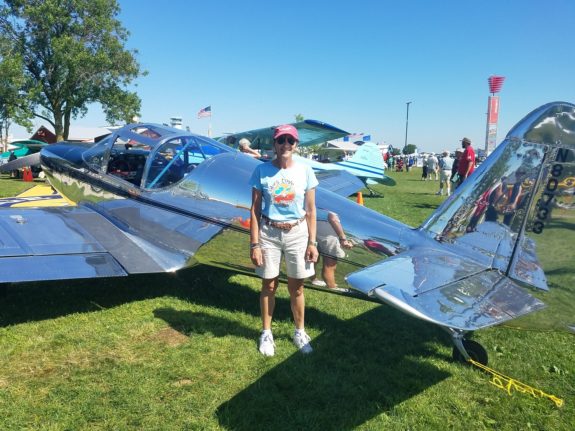 Janet Dicker and her 1946 Globe Swift 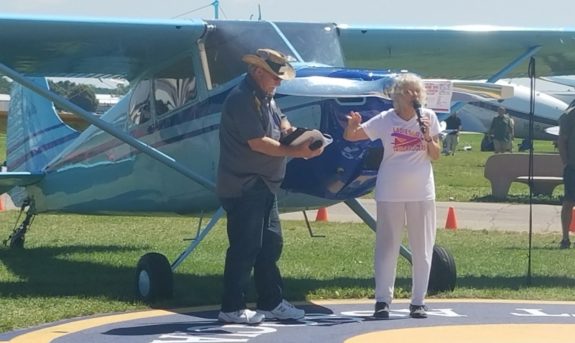 Ann Pellegreno from Texas discussing the 50th Anniversary of her around the world flight following the Earhart trail. 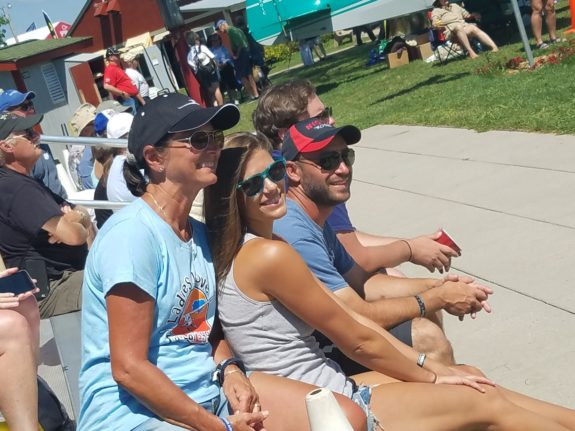 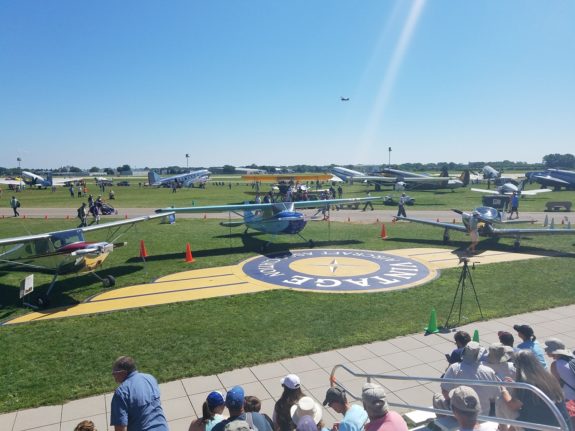 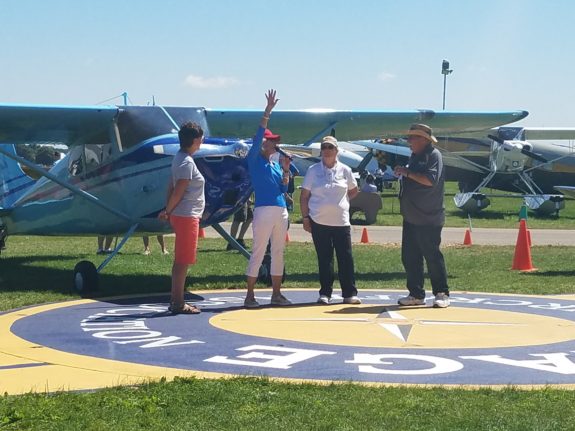 Myrt Rose telling her hilarious story about two F16’s forming up on her in her J-3 Cub during a TFR over Chicago while President Obama was in town. 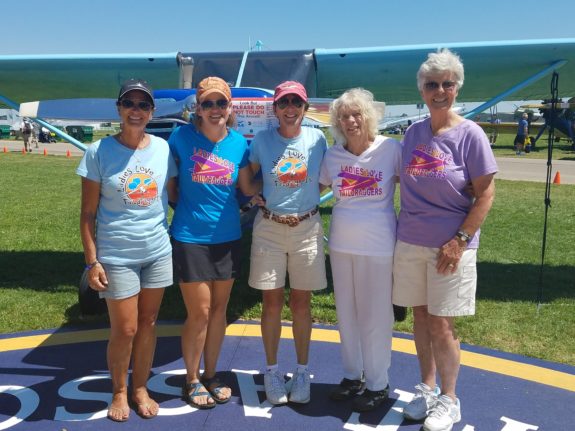 Wish I had more time for show-and-tell since there’s lots, lots more happening here at AirVenture – but OSH awaits! Many thanks to all the ladies who participated in this program and our Friday Forum – you were wonderful!