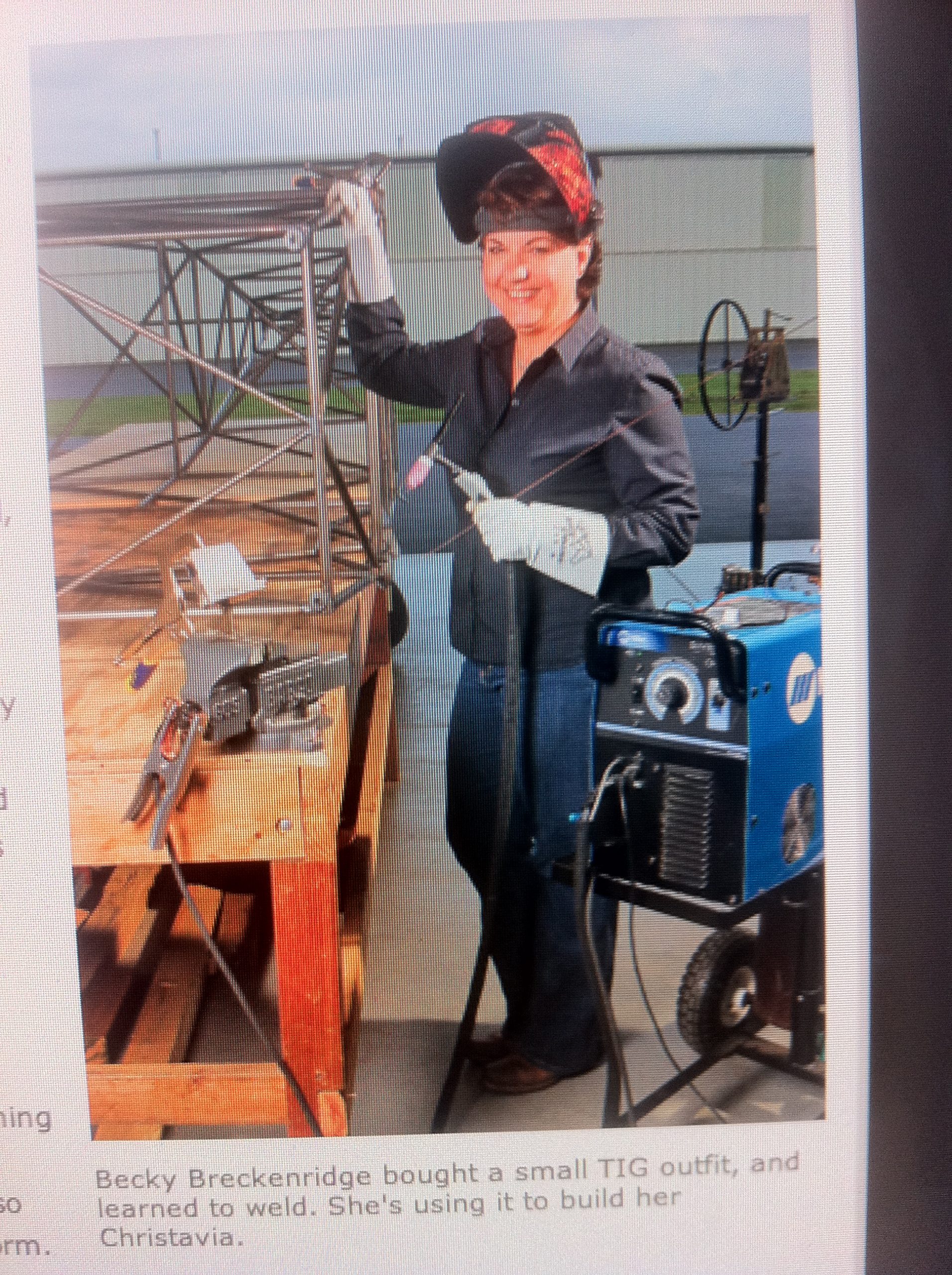 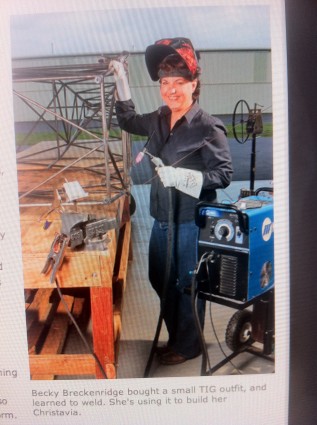 I am building a Christavia MK-1 (taildragger). I have been flying since 2002 and have flown as far north as Port Hardy, Vancouver BC and south to Fullerton, CA. I love long cross country flying and landing at unfamiliar airports.Â As of now I fly a Cessna 182 Skylane and have a dozen hours in a taildragger so far. 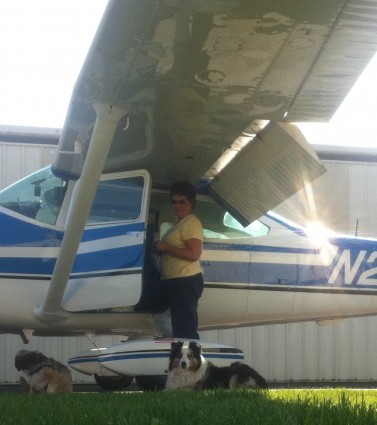 I took welding classes five years ago when I inherited a welding set up from my father in-law. A friend gave me some dual time in their taildragger and that started me thinking that I wanted to harken back to stick and rudder flying. My husband and I started looking at plans and found that the Christavia met all of my performance needs, so we bought the plans.Â We built the ribs, jigged the fuselage and I started welding. 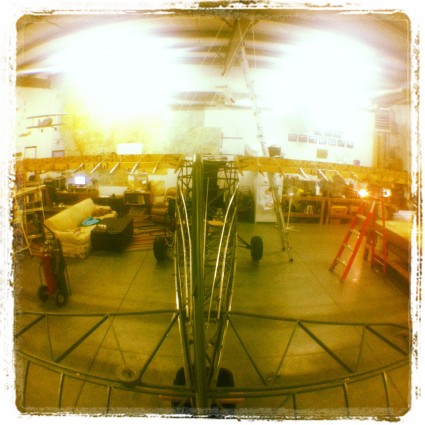 Every part on the fuselage has been fabricated by us (except for certain parts on the control system) from scratch. The fuselage is almost done, the wings are together and trammeled, I have an engine, wheels and some instruments. Next will be paint on the fuselage and covering it. Building has been such an adventure and a huge sense of accomplishment… wait… not yet…. got to get back to building…