Actually, these cute little girls aren’t our “1st Solo – Best Friends” (Janice & Andrea) but I get the feeling they sure could have been! 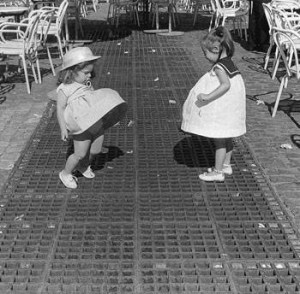 Best friends and 16 years old when they each soloed several years ago, Janice Griggs and Andrea Hattan-Stang of Goddard, Kansas had the good fortune to learn to fly in the Griggs family’s 1937 Aeronca “K”. Â Janice’s father, Jerry Griggs, instructed both girls, soloing his daughter one day and her friend, Andrea the next. 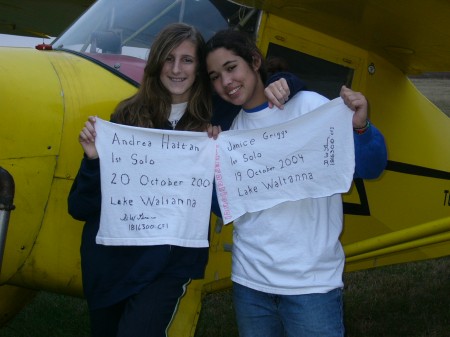 Janice is now 21 and in Oregon studying aquarium sciences. Â Her shirttail still hangs on her wall while she is away at college.Â  Andrea comes from a family of pilots and has about 50 hours. Â Her brother is aÂ pilot, her dad a pilot, her mom a pilot (in a Luscombe), her granddad a pilot and her grandmother a pilot.Â  Her new husband is a crew chief on Army helicopters and Andrea would like to finish her rating when he returns from Iraq while he learns to fly too. 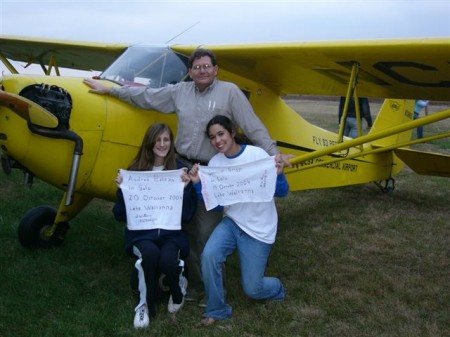 Kansas – Texas, it doesn’t matter – aviation really is a very small world. Â Jerry Griggs, from Kansas, who owns this ’37 Aeronca, located his aviation mentor, Lori Adams, from Texas, on this website. Â He started in aviation working for Lori Adams in 1967 at her flight school in Texas and is who he credits with inspiring his love of aviation. Â See Lori Adams – Texas ! 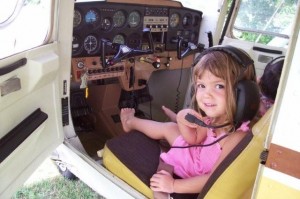 Here is a future lady tailwheel pilot, Jerry’s granddaughter and Janice’sÂ niece.Â  She is now five years old and perhaps in eleven more years she can solo his 1937 Aeronca.Â  By the way, her name is Jazelle Aeronica Morris and Jerry swears he had NOTHING to do with naming that baby.Â  She is the daughter of his oldest daughter who helped him varnish the wing’s woodwork prior to covering in 1985.Â  The misspelling of Aeronca = Aeronica is intentional to make it sound more feminine.Â  Her sister is Joslyn Piper Morris. Â He had NOTHING to do with naming her either!