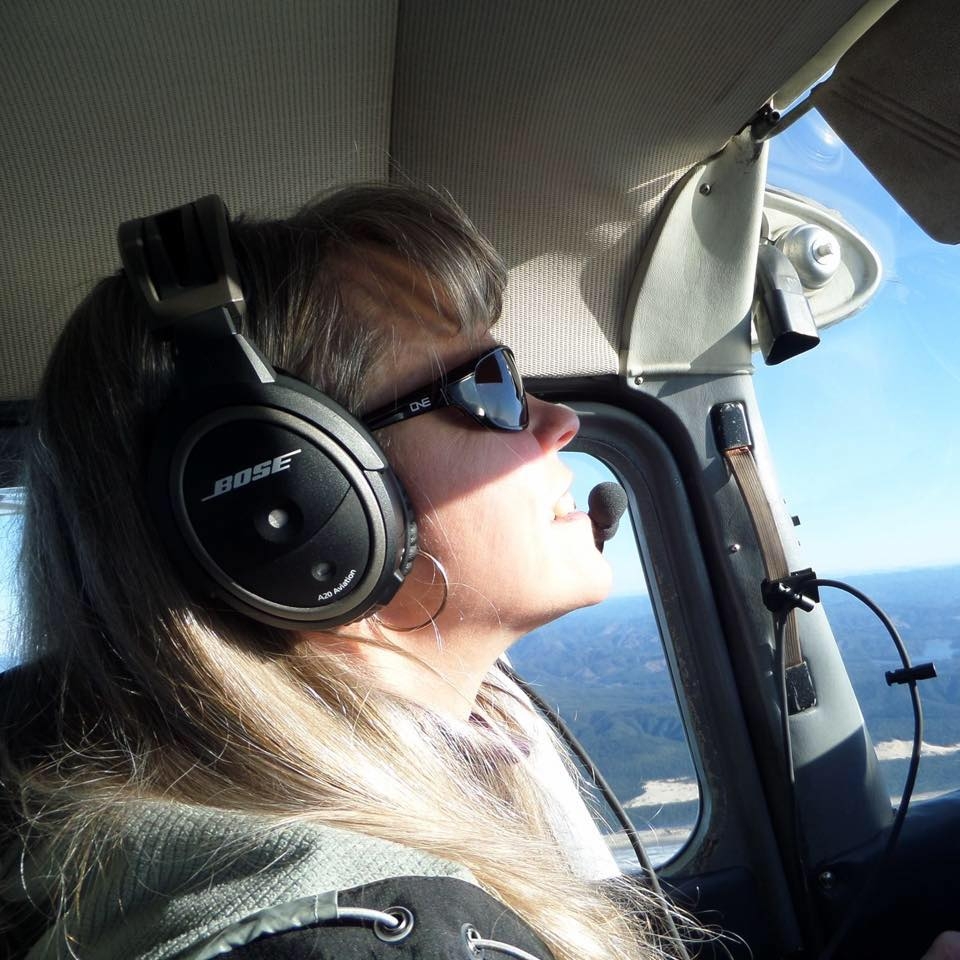 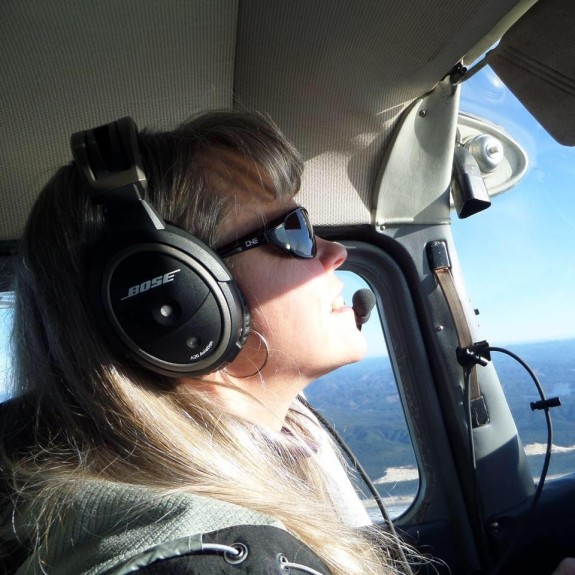 I have always loved flying commercially, but never thought about becoming a private pilot. My husband began taking flying lessons in April 2014. He wanted me to learn to fly so that if anything happened to him in the air that I would be able to safely land the plane. Again, I was not interested, but I was happy to be a passenger anytime! His lessons were going well, but then the instructor started asking him about how the studying was going for the Knowledge test. My husband was struggling in that area. So I agreed to be his “study buddy”. It was then that I learned that I was capable of learning something difficult and complex and over my head. 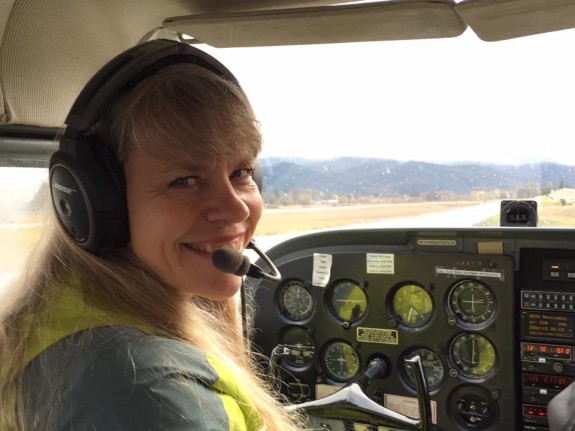 We both passed the Knowledge test in March 2015. THEN I was eager to put all that book work to use. I had my first lesson in April 2015 and earned my Private Pilot’s license in December 2015. In September 2016 I passed the IFR Knowledge test, began taking flying lessons in a complex plane, am studying for the Commercial Knowledge test, and have spent this past week taking tailwheel lessons. I will get my endorsement tomorrow! I had no idea that I was capable of flying an airplane. Now that I know I am, I’m enjoying learning all there is to know about flying! 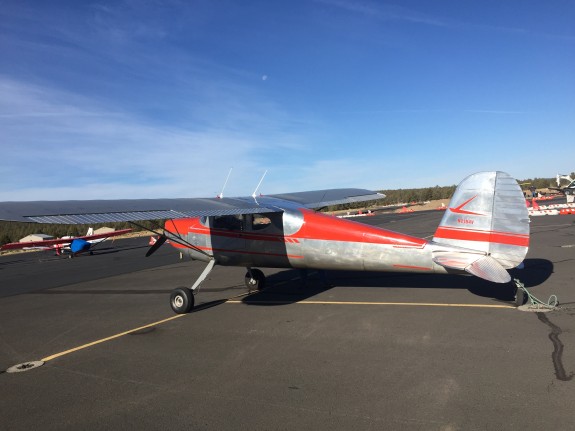