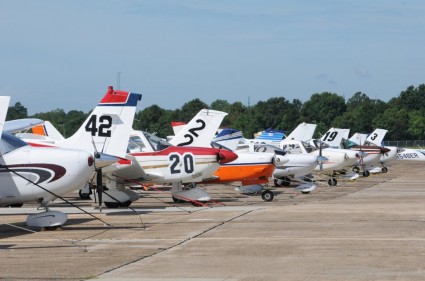 Air Race Classic 2011. Teams were assigned numbers according to the time they entered.

The traditionally 4-day air race began in 1929 with the First Womenâ€™s Air Derby and is the oldest womenâ€™s air race in the country.Â Our very own Gene Nora Jessen from Idaho, Dianna Stanger from Texas and Bobbi Boucher from Virginia all entered and crossed the finish line in Mobile, Alabama 3 days later! Gene and her partner Patty Mitchell flew a Beech Musketeer, Bobbi Boucher and partner Teri Nitz flew a Cessna 172G and Dianna Stanger and partner Victoria Holt flew an Aviat Husky A-1B. Of the 50 aircraft entered, Dianna was flying one of only two taildraggers entered and was the only taildragger to complete the race. 🙂 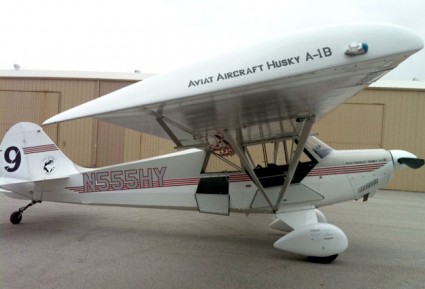 The plane the "Racing Aces" chose for their first ARC race; an Aviat Husky, a stick and rudder, tailwheel aircraft!

Dianna Stangar and Victoria Holt ready to go in their Aviat Husky. 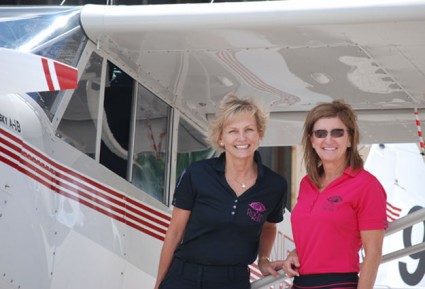 In an unexpected turn of events, the Racing Aces rolled with the punches as the start of the race was delayed by a day and shortened 1,078 statute-miles due to weather. The teams were released on Tuesday, June 21st and instructed to arrive at Alliance Municipal Airport (KAIA) at/before 12:00pm on Wednesday, June 22nd. 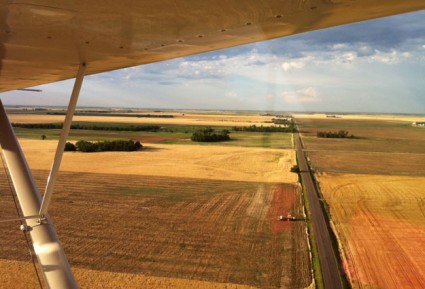 On the way to Great Bend, Kansas

The Racing Aces were greeted by a large crowd at KAIA. Planes filled the airportâ€™s apron, many commented that it was the busiest the airport has been and everyone was waiting with anticipation to see the teams depart. Teams took off down the runway and performed a fly-by before flying to the next leg of the race, Great Bend Municipal Airport (KGBD). 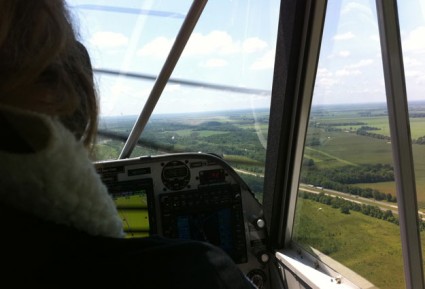 A view from the Husky's cockpit as the Aces fly over Monroe, LA

The Aces had an excellent start to the race on Wednesday, June 22nd and exceeded their exceptions in ground speed. Plus they loved the tail wind in Kansas! 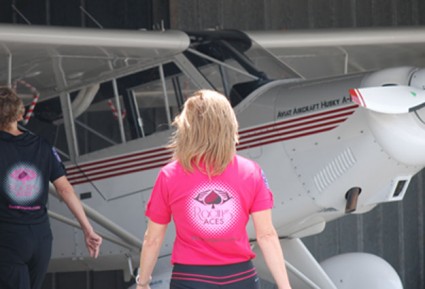 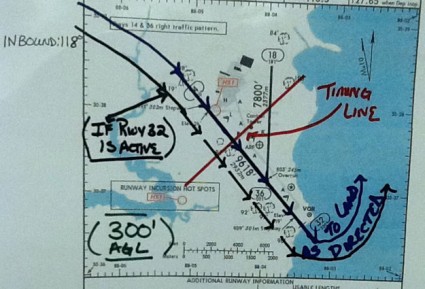 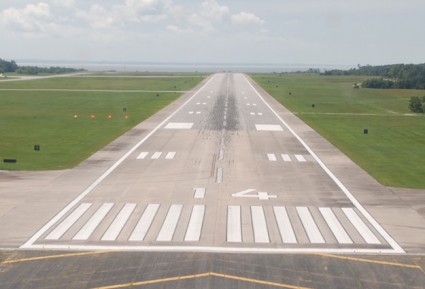 Friday, June 24th at noon the Racing Aces crossed the finish line at Mobile Downtown Airport in Mobile, Alabama. The Aces were beaming as they tied down their plane, an Aviat Husky A-1B. In fact, later on in the afternoon the ladies received notice that they were the only tail dragger to cross the finish line! Â They exceeded their expectations and this is only their first Air Race Classic! 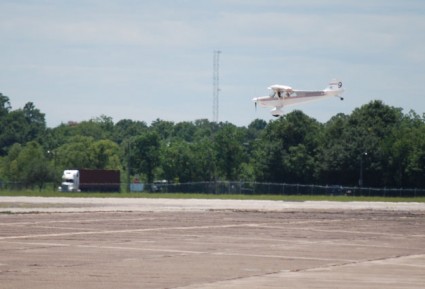 The Racers about to cross the finish line

Another pleasant surprise was a visit from a young girl who is a member of the Boys and Girls Club of Mobile. The organization paired different girls to teams that chose to participate in â€œAdopt-a-Racer.â€ Katherine French was assigned to Classic Team #9. The club took her to meet the Aces as they crossed the finish line. She was absolutely enthralled with the experience, the Aces even signed various magazine articles which were published earlier in the year about the Aces. 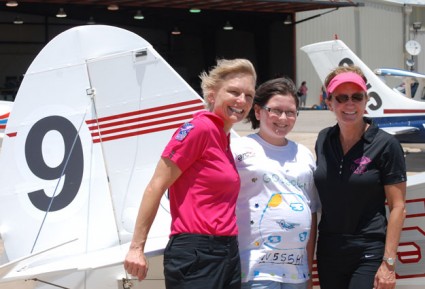 The Aces with Katherine French who is super excited to learn more about becoming a pilot.

Congratulations to all the women who participated in this amazing race. Special thanks to Dianna Stanger & Victoria Holt for providing the information from their blogÂ The Racing Aces and especially for flying a great choice in aircraft for the competition. Flying a taildragger truly honored the history of the race and no doubt brought attention to the joys of flying an honest airplane!