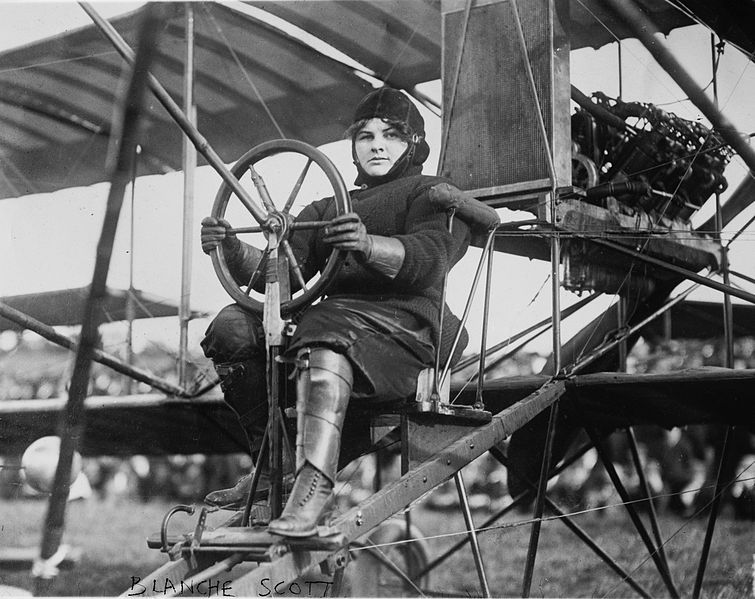 Was Blanche Stuart Scott America’s first aviatrix or should that honor go to Bessica Faith Raiche, the woman “officially” credited with achieving the first flight by a woman in America?

You decide. Blanche Stuart Scott was born in 1885 and becameÂ an early enthusiast of the automobile. As a youngster her father bought a car and she drove it around New York in a time before there were minimum age restrictions on driving. In 1910 she became the first woman to drive a car westbound from New York to San Francisco. 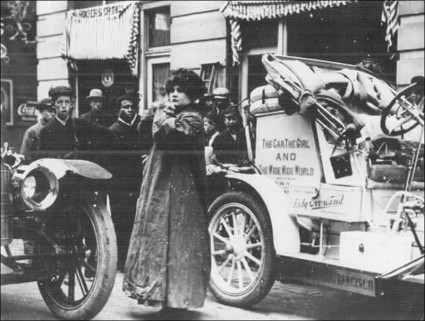 1910: Blanche Scott, known as â€˜Lady Overland,â€™ was hired by Willys-Overland to drive a car across the country.

Incredibly it took Scott and her passenger, a woman reporter named Gertrude Buffington Phillips, 67 days to reach San Francisco on July 23, 1910. The day after they departed theÂ New York TimesÂ wrote on May 17, 1910:

Miss Scott, with Miss Phillips as only companion, starts on long trip with the object of demonstrating the possibility of a woman driving a motor car across the country and making all the necessary repairs en route. Miss Blanche Stuart Scott yesterday started in an Overland automobile on a transcontinental journey which will end in San Francisco.

As the ladies drove through Dayton, Ohio, Scott was fascinated by the activities of two brothers who had made the first heavier-than-air flight only seven years earlier – Orville and Wilbur Wright. Arriving in California, she arranged her first airplane ride. Luckily, herÂ cross-country drive gained her national attention and she was approached by the head of the Curtiss Exhibition Co., who persuaded her to join the Curtiss team for air shows and exhibitions. 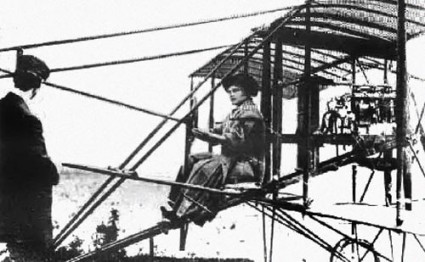 Glenn Curtiss wasn’t happy about women learning to fly but agreed to give Scott lessons. She was the first and only woman ever taught by Curtiss personally, according to Claudia Oakes, author of “United States Women in Aviation through World War I.”Â On Sept. 2, 1910, Scott became the first American woman to make a solo flight. 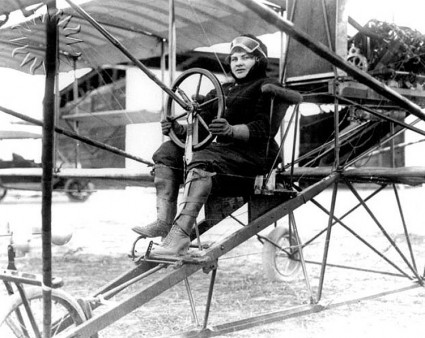 Whether this flight was intentional or not is open to debate. What is known is thatÂ Curtiss had fitted a limiter on the throttle of Scott’s 35-horsepower airplane to prevent it from gaining enough speed to become airborne while she practiced taxiing. But on that day “something happened” to the throttle block and Scott rose about 40 feet in the air before making a gentle landing. 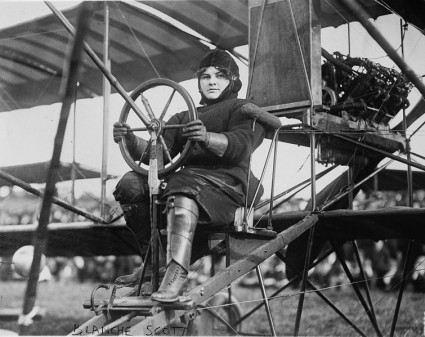 She becameÂ the first woman to fly at a public event in America and her exhibition flying earned her the nickname “Tomboy of the Air”. She became an accomplished stunt pilot known for flying upside down and performing “death dives”, diving from an altitude of 4000 feet and suddenly pulling up only 200 feet from the ground. In 1911 she became the first woman in America to fly long distance when she flew 60 miles non-stop.Â In 1912 Scott contracted to fly for Glen MartinÂ and became the first female test pilotÂ when she flew Martin prototypes before the final blueprints for the aircraft had been made. 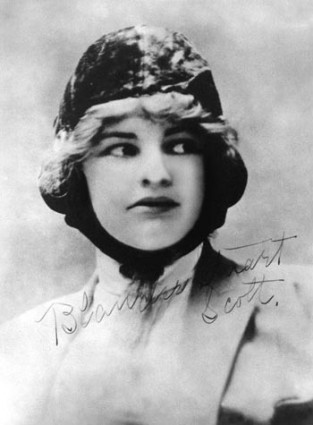 She retired from flying in 1916 because she was bothered by the public’s interest in air crashes and an aviation industry which allowed no opportunity for women to become mechanics or engineers. 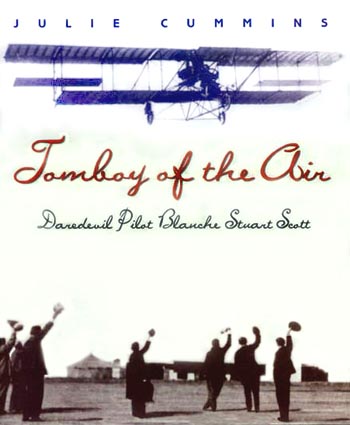 Blanche lived a long life and died at the age of 84 in 1970. Should Blanche have gotten credit for the first flight by a woman in America? Probably. But all these years later, how can you read about Blanche and Bessica, see the pictures, and not be awestruck by how far WOMEN and AVIATION have come in one short century?!Â We owe a lot to those that blazed the trail before us.