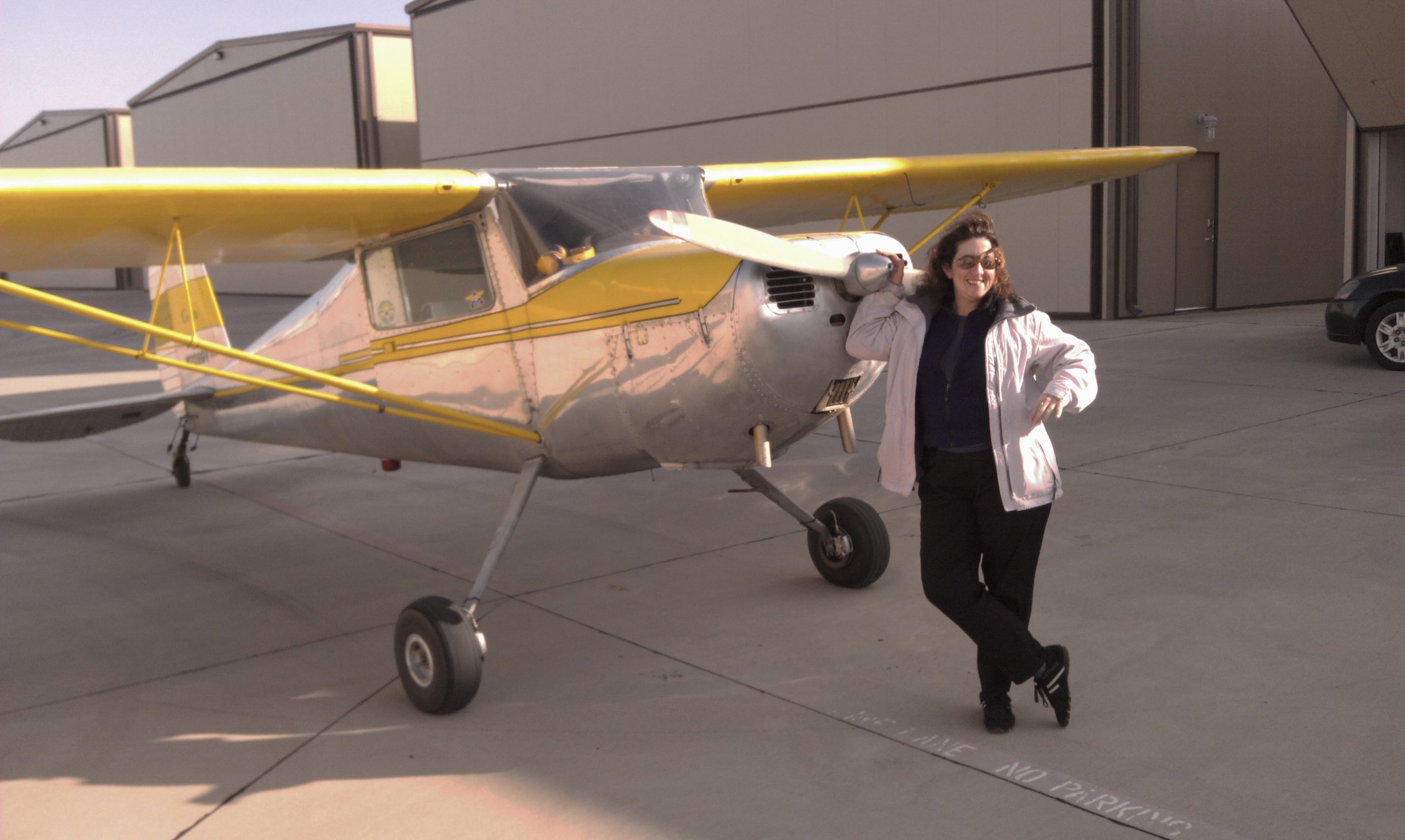 Carol with the club’s Cessna 120

I have been involved with general aviation since 1998 and obtained my PPL August 31, 1999. I started thinking about flying taildraggers a few years ago while volunteering with the warbird community. In 2010 I received my endorsement in a Citabria. However, I did not have the privelage to fly it solo. Unfortunately, my instructor and the plane that I was training in went down a week after I got signed off. It took me almost another year when I found another Citabria and instructor up in McKinney.

I had such a blast flying with him but again was not allowed to fly solo due to insurance. I then went to Florida to do some flying in the Orlando area. Got a chance to fly a Champ. Decided I was not going to be relocating any time soon to Florida. Instead I had heard that a flying club in McKinney had just put online a 1946 Cessna 120. Just after the new year I drove up to McKinney and had my first flight in the plane with the owner.

Some of the landings were good and others my feet had touched the brakes and I was all over the runway. The owner put me in touch with my instructor and it has been several months of pure joy, and of course some fustration and setbacks. Yet, with faith and determination I achieved the coveted sign off last weekend.

My instructor was kind enough to meet me this past Monday to do the honors of supervised solo take off and landings. What was even better I gave him my cell phone and had him videotape my 3 take off landings. This was not a part of the required sign off but it was part of the journey of becoming a Cessna 120 driver.