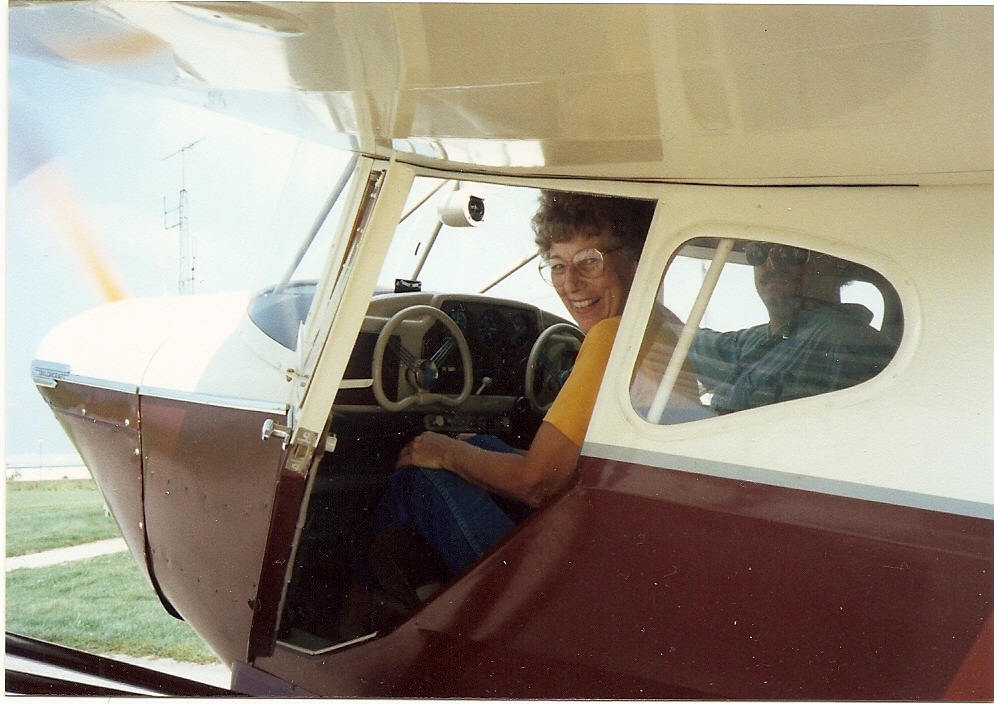 I met Carolyn Ellis on Facebook and we struck up a conversation. Carolyn is from Frankfort, Indiana and owned a Cessna 150 but has a heart for taildraggers! 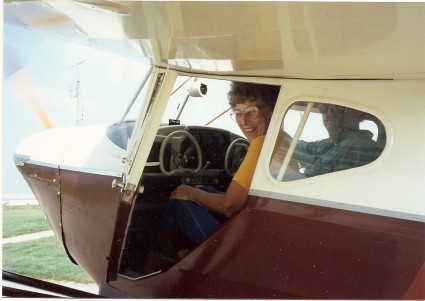 Me in the pilot’s seat getting ready to fly with my instructor Nick Engels in the Taylorcraft.Â  Sad to say Nick died in a house fire a couple of years ago.Â  He was a really good instructor and just a good guy.Â  We had a lot of fun together.Â  This picture was taken sometime in 1995.Â  I was 62 when I started taking lessons and got my license when I was 65.Â  A late bloomer. 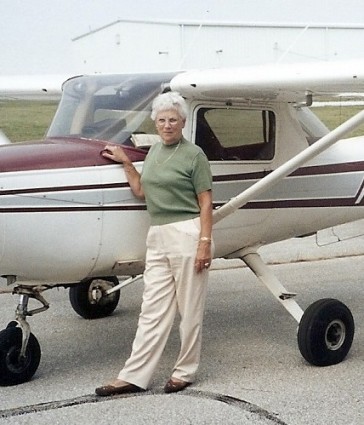 Carolyn Ellis with her Cessna 150

Even though I owned a Cessna 150, I did learn first in husband Jim’s Taylorcraft.Â  Had to sit on a cushion and have a cushion at my back in order to reach the pedal.Â  And then I had a problem when landing and trying to turn and brake at the same time as the pedals were not connected. 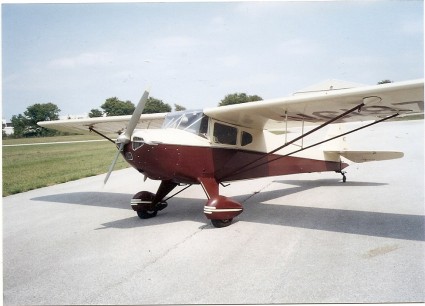 My foot is not long enough so I would have to slide my foot up and down to do the rudder then the brake and vice versa.Â  That was a real challenge getting that plane swung around to back it into the hangar.Â  Sometimes I just gave up and my instructor & I would just get out and swing it around by hand as it only weighs about 800 lbs. 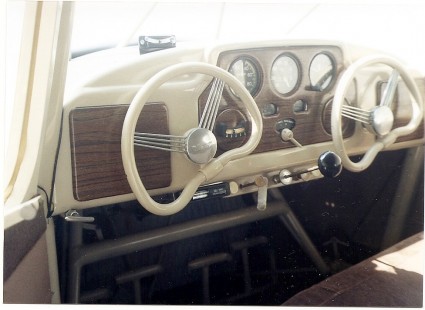 By the way, Jim’s Taylorcraft is pictured in the book “The Story of the Taylorcraft”.Â  It was one of the early ones off the assembly line. 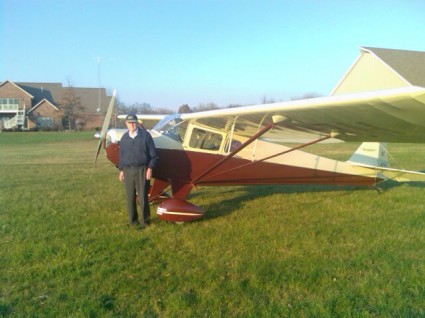