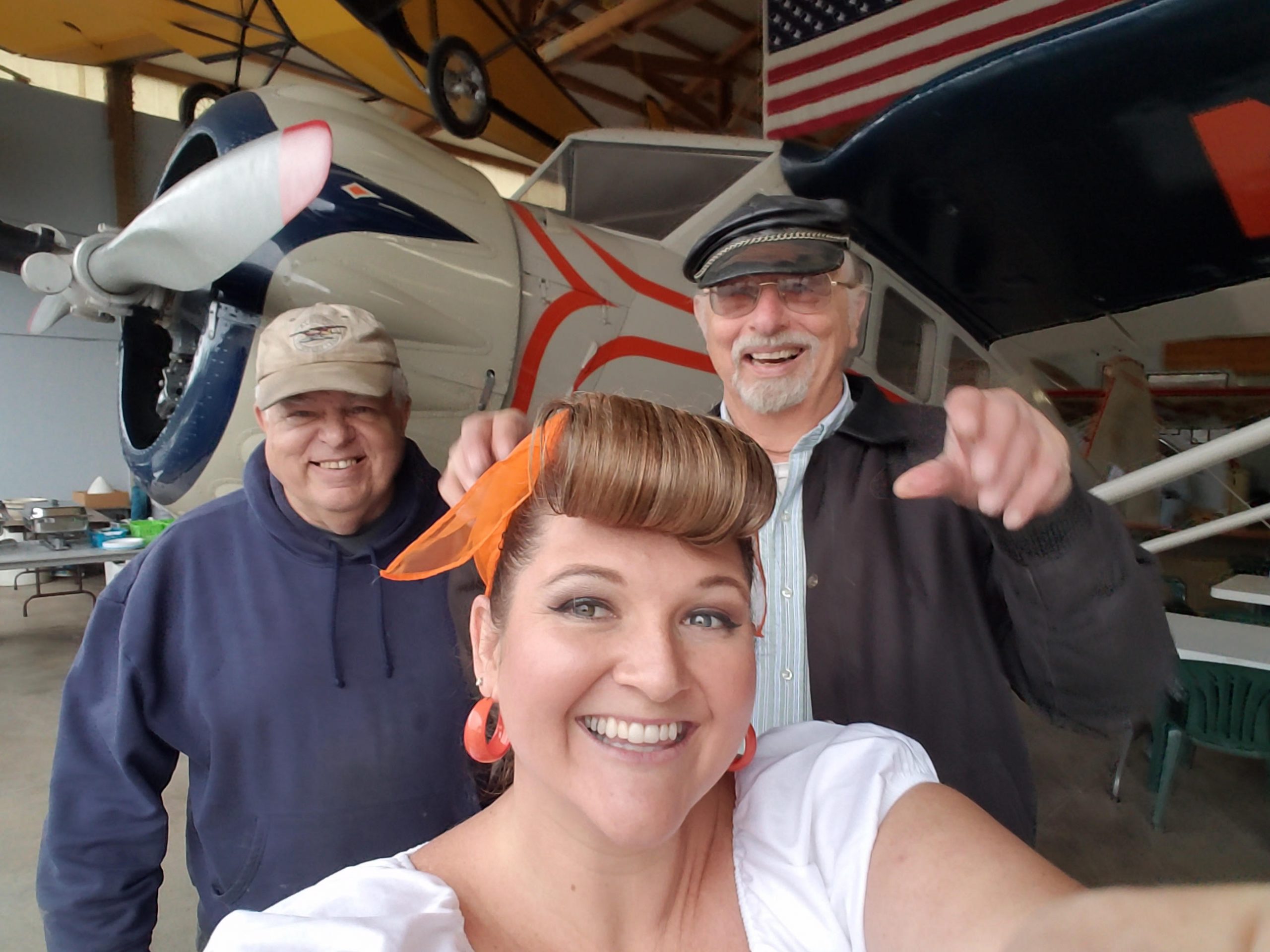 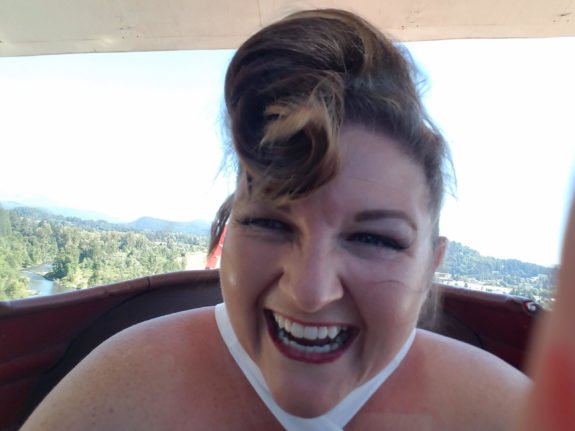 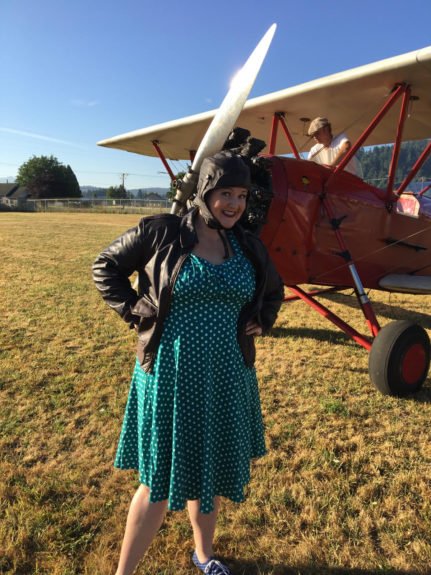 When I moved to Cottage Grove, OR, in the fall of 2012, my now husband began telling me stories of crazy Oregon outlaws who flew homebuilt aircraft illegally and had motorcycle engines on their planes. He would tell of how his grandfather learned to fly from the famed Tex Rankin, and every time we passed 61S he would get misty eyed and talk of Jim Wright and the H1 replica he built right here on the field and how powerful it sounded every time it flew over his shop. He would tell me how some of the guys on Jim’s crew still fly out of Cottage Grove, and what a feat of aviation it all was. And in true wifely fashion, I would just nod and smile. 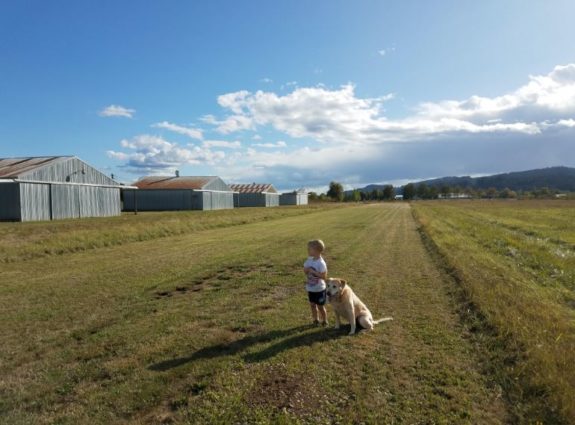 A few months later he came to me excited that he had found a Ford Model A Pietenpol. I was so uninterested that I didn’t even google it. Knowing what I know now, I’m glad I didn’t. The Piet came home, we started a family, and husband began ground school. After staying home with our son for two years I began to look for part time work, and that was when I found the Oregon Aviation Historical Society. 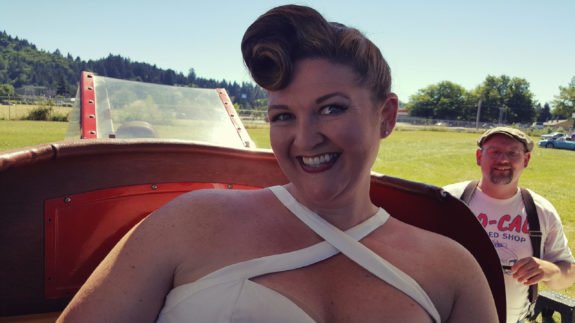 Over the years we had attended several fly-ins, but were never really involved. In late 2016 I joined OAHS as the administrative assistant, thinking it would be a fun part time gig. Little did I know it would change my life. Over the last year and a half I have discovered that the stories my husband had been trying to tell me are not only true, they are connected far deeper than I could have imagined. Not a day has gone by that I havenâ€™t learned something new, or met someone who was impacted in some way by these aviators. 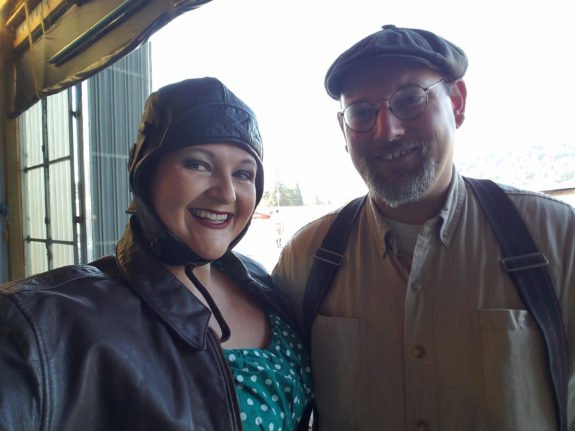 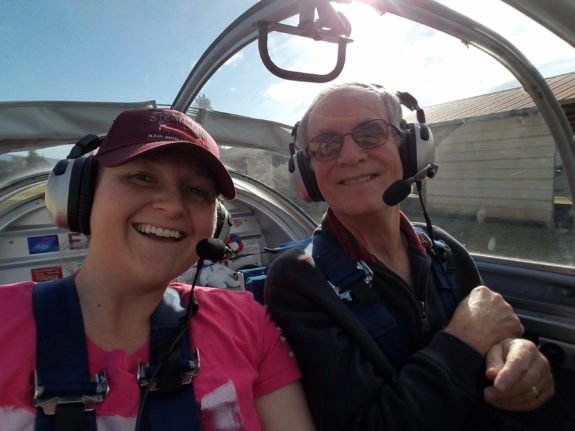 I’ve now roped in the mechanical and electrical talents of my husband here at the museum, and little Hank seems to have most everyone wrapped around his finger. Aviation for us has truly become a family affair. In the last year we have purchased a Piper Super Cruiser- PA-12, and we are both still working towards that certificate (the Pietenpol now lives at the museum and will soon fly again!). 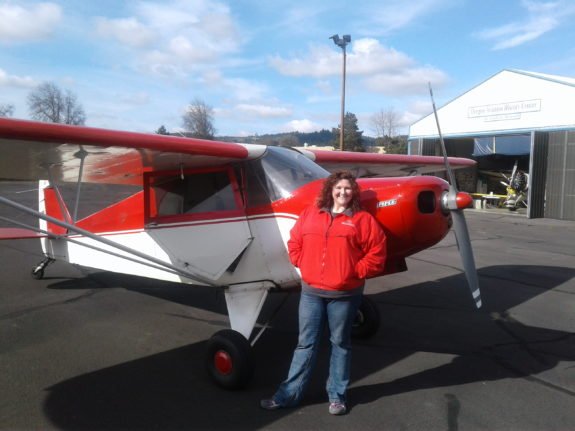 Learning together, and flying together when possible, has brought us closer than I ever thought possible and I can’t wait to see where this path takes us next… hopefully it also leads to a big, fat biplane… 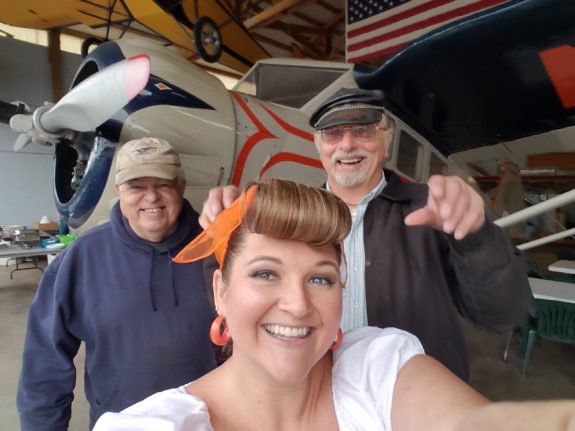