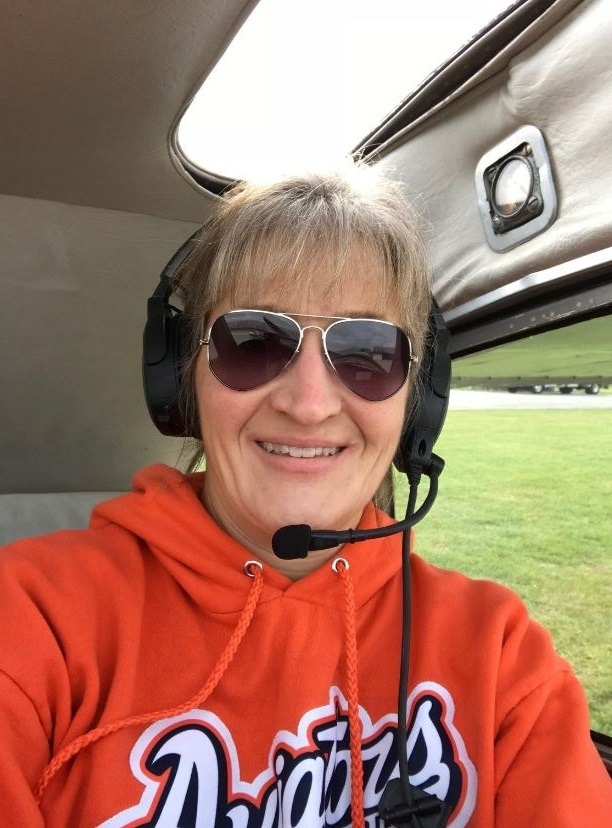 Cassandra (Cassie) Peterson is based at C77 Poplar Grove Airport and 3CK Lake in the Hills Airport, Chicago, Illinois. 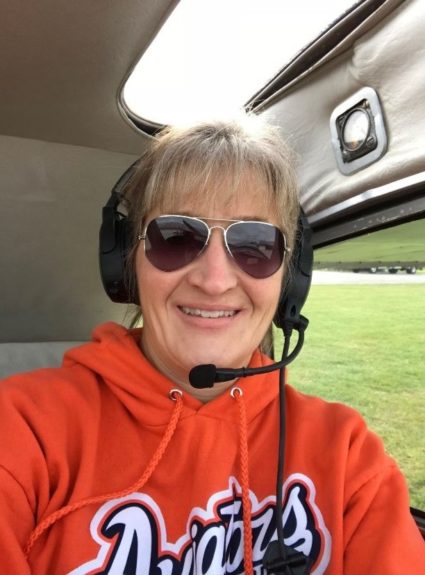 Hi, everyone! I had a great time meeting many of you at the (LLT) fly-in at C77 in September. Even though I drove in this time, I finished my tailwheel endorsement in October, so maybe next time Iâ€™ll be able to fly in. I earned all my ratings back in the early â€˜90s with plans to fly for the airlines. However, there wasnâ€™t much hiring going on then for low-time CFIs. So, I sidestepped out of aviation for a while to have a family and became a freelance writer and college English instructor. After a couple years (ahem, decades) out of aviation, once my chicks left the nest, I decided to get back into flying. I am a flight instructor at 3CK (Lake in the Hills, IL), though Iâ€™m currently on hiatus from instructing while Iâ€™m in school full-time working on my A&P license. 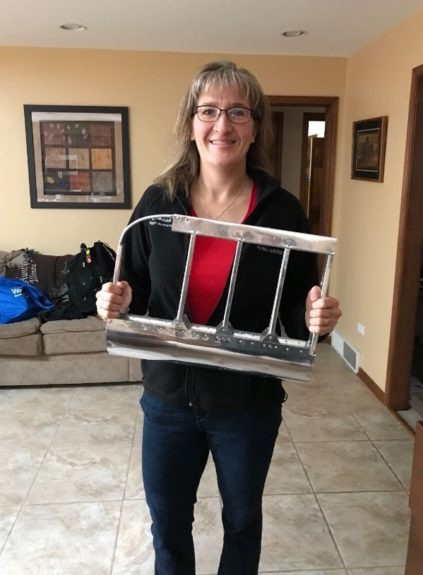 Iâ€™ve always wanted to get my tailwheel endorsement but just never seemed to get around to it. After finishing my first year of A&P school, I decided to treat myself and finally do it. I started training at Poplar Grove and Kelly Jeffries and Tina Thomas quickly pulled me into the fold. I did my tailwheel training in a J3 Cub and Cessna 140 at Poplar Grove (C77). Iâ€™ve included a photo of both planes, along with my instructor, Kevin, and me in my LLT t-shirt.

I told Kate when I bought the tshirt at the fly-in that I wouldnâ€™t allow myself to wear it outside of the fly-in until I earned itâ€”so Iâ€™m finally there!

I enjoyed flying the Cub, but the C140 took a little getting used to at first. But weâ€™ve since made our peace and look forward to a lifelong friendship with many adventures to come.

When Iâ€™m not flying, teaching, or studying how to fix airplanes, I love spending time with my family, running, reading, and writing. Iâ€™ve done some aviation writing, but Iâ€™d like to do more. My husband and I are thinking about getting our own plane once Iâ€™m out of school, so if you have recommendations let me know.

Iâ€™m so glad to have found this amazing group (finderâ€™s fee goes to Kelly J.), and I look forward to getting to know all of you!

Aircraft flown:
Tailwheels: J3 Cub, Cessna 140 (and a cool DC-3, as a passenger only)
Unconventional aircraft: C152, C172, C172RG, Piper Warrior, Archer, and Aztec, Mooney M20F
A few soaring lessons (donâ€™t remember the model glider, but not unlike a cardboard box with wings)

Favorite taildragger: You mean I have to pick just one?!

My first tailwheel lesson was at the end of July as many aircraft were heading out of Oshkosh after EAA Airventure. We were working in the pattern on a gorgeous summer day, door open on the Cub, wind in my hair and smile on my face, when a B-17 and B-25 flew overhead. Thatâ€™s when I really fell in loveâ€”flying just doesnâ€™t get any better than that!