Cessna 140 vs the Mud Mouse

Have I got an interesting story for you! Actually, it’s Ken & Lorraine Morris’ story but I’m passing it along with pleasure! Â This is one they’re going to be telling for years to come and I’d like to be there for the telling! So Ken… Lorraine…. the lady taildraggers fly-in’s coming up?! 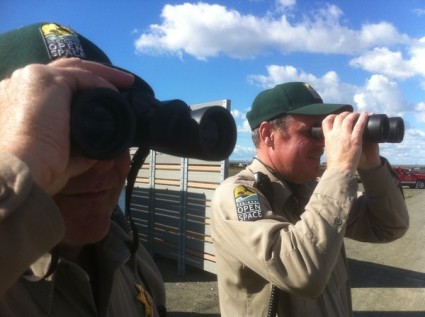 At the end of February we purchased a Cessna 140A in California, sight unseen, with the intent to restore it. Ken bought it, took off, and within 15 minutes the engine quit. He had a choice of landing in the San Francisco Bay (cold, wet water) or landing in the Dumbarton Mud Flats (cold, wet tidal mud). He chose the flats and made a great landing. The ground was soft and as soon as the main wheels hit the mud they stopped. Unfortunately the rest of the plane kept moving and it went over and ended up on its back. 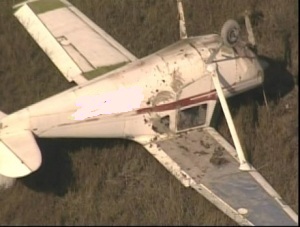 He jammed his finger and thankfully that was the extent of personal injuries but the poor little 140 got a bit of gear damage. We found out that the mud flats were in a protected areaÂ for some endangered stupid mud mouse, and the California Fish and Wildlife department head had a major fit when he found out Ken had the audacity to lose his engine power and do an emergency landing in HIS mud! 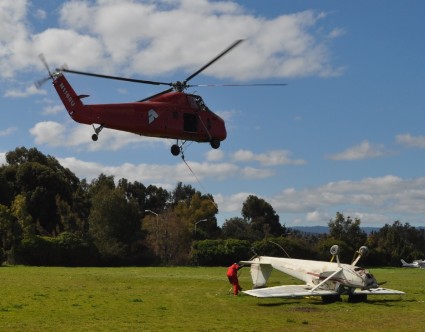 The insurance company hired a helicopter to remove the plane because God Forbid any other vehicles dared transgress through the Protected Mud Mouse’s territory (Ken never saw ONE)! The helicopter picked the plane up by its gear, upside down, and brought it back to an airport where is was dismantled and loaded on a trailer to be trucked to Illinois. 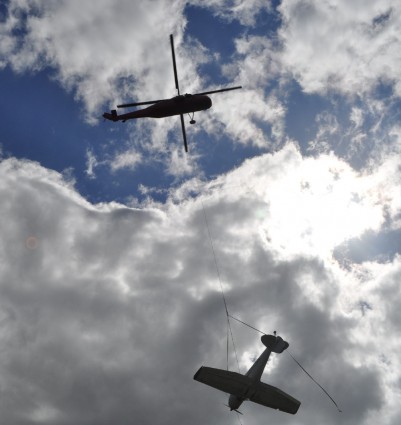 We have already repaired the damage.Â  It turns out it is a good thing we had to do theÂ repairs.Â  The forward bulkhead was completely corroded through, and we wouldÂ never have found it if we hadn’t had to do the repairs.Â  The corrosion was hidden by a metalÂ support angle and we would never have removed it except for the damage repair.Â  We put on a new cabin top, mostly because there were antenna holes all over. 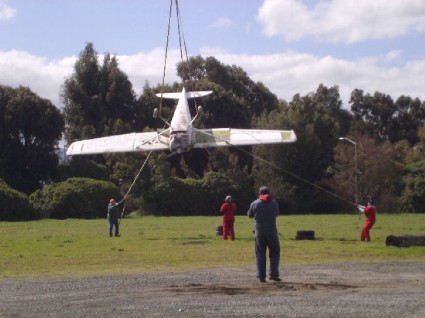 The plane is in the paint shop now, and we will be putting it back together this month.Â  Hope to have it flying early March.Â  It is already sold, and we are fixing it up specifically for the new owner.Â If you happen to get any of the EAA magazines, or Flying, there is an ad in there for EAA insurance, and they use our plane with the helicopter above it as the full page ad.
Lorraine