I awoke unprompted atÂ 2 amÂ and the full moon was lighting up everything out my window. The summer night was beckoning. A few quick calls to area ASOS numbers revealed ideal weather conditions, clear skies, no wind, good visibility and a descent temp/dewpoint spread. I fired up the Blazer and headed out to the airport. An aerodrome at night is always a beautiful peaceful place, the runway lights and rotating beacon radiating a meditative atmosphere. I pulled the Champ out of her hangar and completed a preflight inspection. All in order. Four shots of primer, three prop turns, contact, fire! The little Continental eased into idle and the exhaust stacks rhythmically breathing life into the damp stillness of the night. I hopped in, lights on, breaks off, taxi out, the panel glowing red in the cockpit flood light. 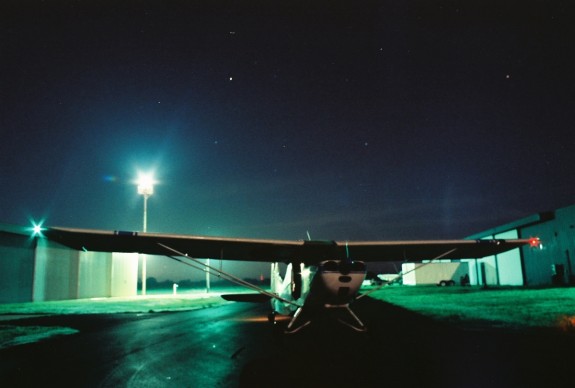 I chose an intersection departure after a quick run-up and flew off into the night, southeast bound.Â The air was absolutely still and the moonlight was spectacular. Each bend in the Colorado river was plainly visible and even the furrows in the cotton fields were clear enough to be counted. Ahead the orange lights of Bay City glowed steadily, unlike the twinkling of lights out west. Passing the small city, I noticed the traffic signals were all flashing yellow and red, no need for delays in the heart of the night. Only a few sets of headlights and taillights prowled about the town. Off ahead, the lights of Matagorda marked where the ocean meets the continent. I turned to 123.8, Houston Approach, to hear what other airborne souls were up to this night. “Fed Ex 449 heavy, expect ILS or visual runway 26 left, descend and maintain 6000,” a woman said with a thick East Texas accent. Soon I was able to clearly see a widely scattered layer of small cumulus clouds at about 2000 feet just inland from the Gulf. They were metallic silver orbs hovering above a moon-washed bay.

“Over to tower, good morning.” 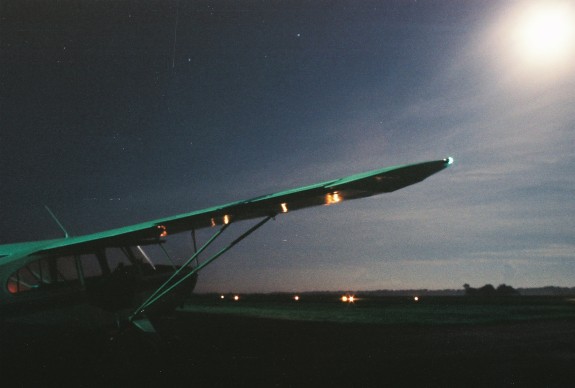 I danced just over the top of the silver clouds and began a steep descent as soon as I cleared them. I held my attitude to about 300 feet, right over the beach, then leveled. No need to get too low at night, even with the moonlight. I could see each breaker, every granite boulder in the jetties, and out off shore there was a virtual city of oil and gas platforms. The moon plainly lit up the rafts of sargasum washed ashore the entire length of the beach, so common during the Texas summer. I reversed course by gently turning out over the Gulf and then back over the shore. I circled the Matagorta jetties a time or two, noticing the green and red markers on either side of the inlet, then climbing and turning inland, I headed back up the river. Before I got to Bay City, I could clearly see the Wharton airport beacon, beckoning me back home. Off with the little Garmin, I don’t need you any more. Never did really. Thinking. How is it that I am the only apparent viewer of this spectacle? All of the beauty of any of the great National Parks was before me and why was I the only soul taking it in and why would most call me crazy for being here, held aloft on my magic carpet of steel, wood, and fabric? 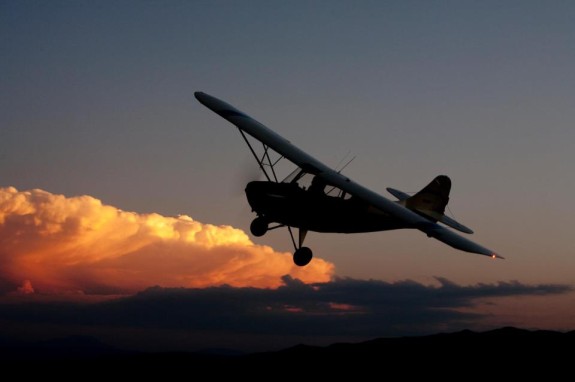 Inbound to Wharton, landing light on. I made standard calls on the radio for a straight in for 32, though I was willing to bet there was no other soul on the frequency. My transmissions were broadcast into the night, across the region reaching nobody’s ears. Good wheel landing for having not flown at night in a few months. Before putting the aircraft away, I set up my old Olympus on a tripod and took some time exposures of the Champ at night in the moonlight and runway lights. I don’t remember much about the drive home, but as I pulled into Richmond off US 59, the eastern sky was getting pale and the stars were all in the west. The Houston radio stations were starting up their loud-mouth car-commercial morning shows and a city was preparing for a day of work.

Based at Gillette, Wyoming 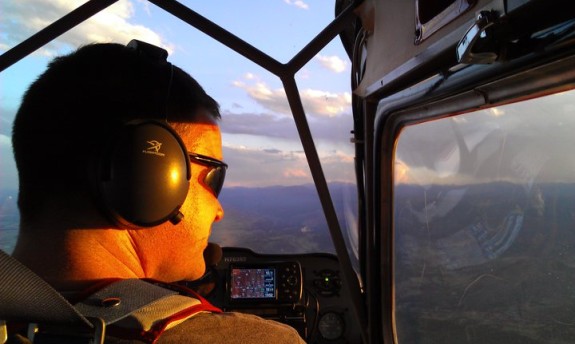 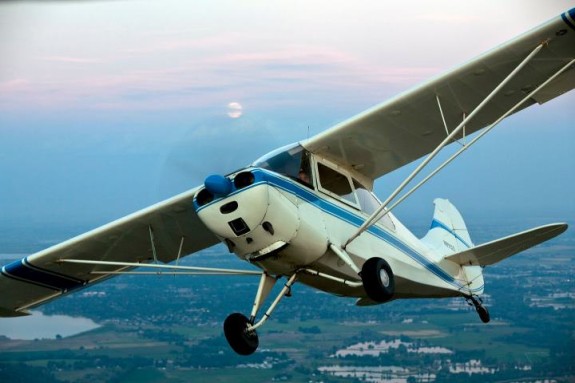