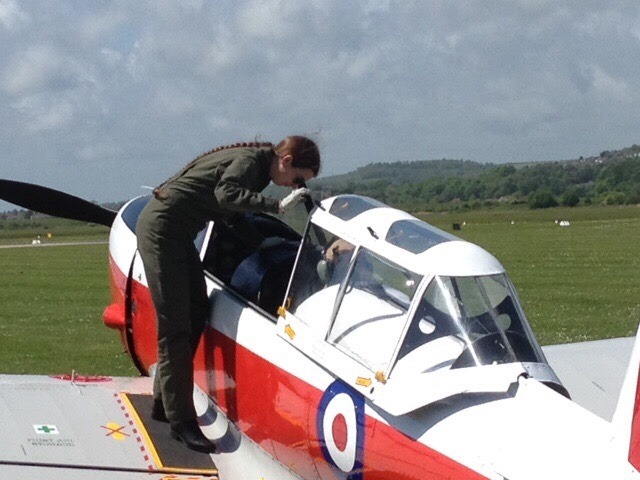 I think it’s time for an update from me, as there has been a lot going on in my flying since I joined LLT back in 2012. 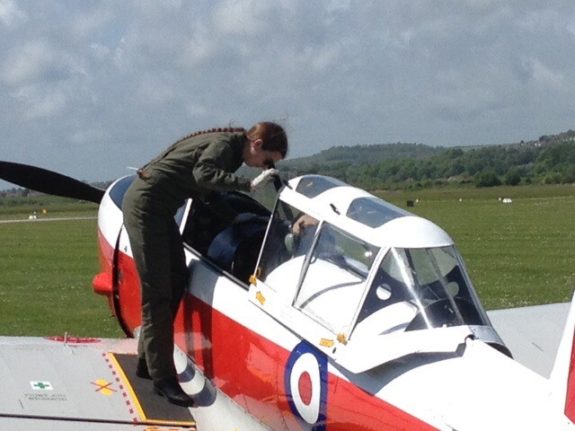 I am still at Goodwood, and still teaching.Â  Although I do a lot of instructing on nosewheel aircraft, my students all learn that ‘proper’ aircraft have the third wheel at the back!Â  I also do a bit of banner towing with a Super Cub.

I started flying the wonderful de Havilland Chipmunk with The Real Flying Company at Shoreham in 2012.Â  I also had a great time instructing for them, taking people for aerobatic trial lessons, until they sadly closed last year. 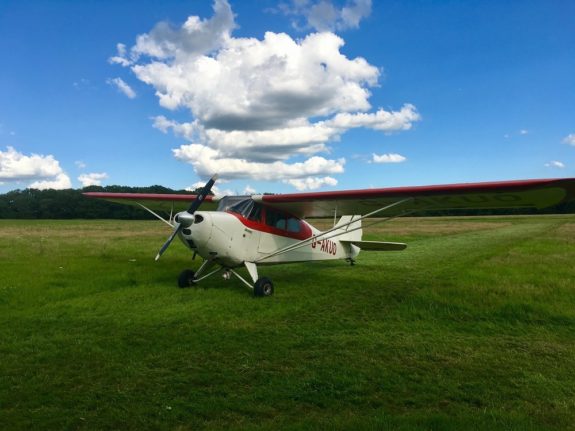 My boyfriend Andrew and I now have an Aeronca Chief named Oscar, which we keep on a 250 yard strip at my home. We are looking forward to lots of fun flying together. Oscar is the second Chief in the family, as my Dad imported the first one on the British register (G-IVOR) when I was a child. I flew my 2,000th hour last summer, in Oscar with Andrew. 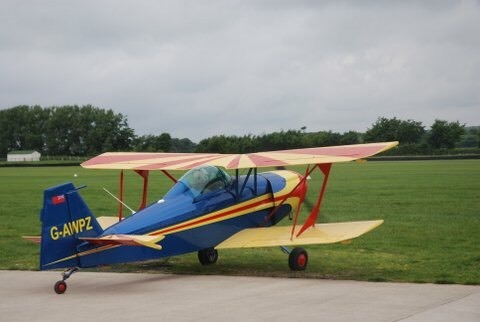 I am also now flying a very lovely and unique aircraft, the prototype Andreasson BA4B.Â  All my aerobatics to date have been on the Chipmunk, so I am looking forward to developing my skills on the BA4, where everything happens very much more rapidly!Â  In addition to being the prototype, this particular airframe is notable for having been flown from Goodwood to Australia by my uncle, John Vening, an incredible feat in any aircraft but especially in one which would not be most people’s first idea of a touring machine!

Onwards to my next 2,000 hours, hopefully as many of them as possible with a wheel under the tail! 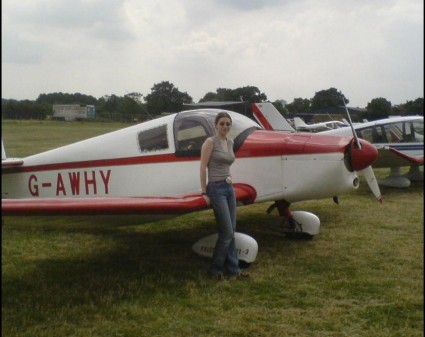 With HY at Headcorn for a ‘bent-wing’ fly-in, there weren’t many other taildraggers!

I have done most of my flying from Goodwood, a beautiful airfield on the south coast of England, and am now based there as an instructor. 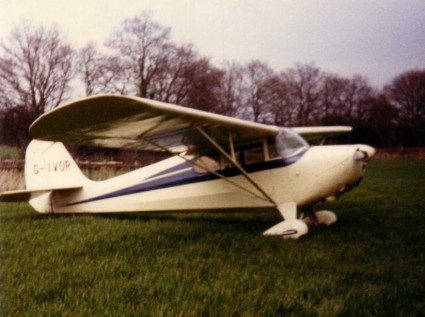 Aeronca Chief G-IVOR, the first Chief in the UK, imported by my Dad, Ivor

My Dad owned a 1946 Aeronca Chief when I was a child, so I have wanted to fly taildraggers for as long as I can remember!Â I learned to fly in a PA38 in 2005, and my first experience of tailwheel flying was in a Super Decathlon, shortly after obtaining my PPL. 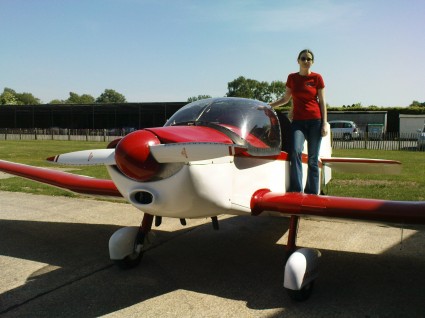 I later purchased a share in a Falconar F11-3, and completed my tailwheel conversion in this aircraft. I had great fun flying this for several years, and did all my CPL hour-building in it, but sold the share in 2011 after qualifying as an instructor. 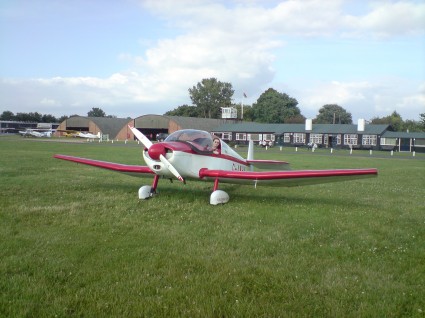 In HY at White Waltham. I once flew here for an interview, and got a few surprised looks when I climbed out in a skirt and heels! 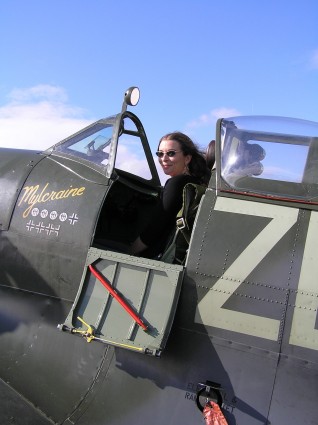 It’s great to be part of this group and see the beautiful taildraggers everyone is flying all over the world.

Thanks, I love the site!
Best regards,
Charlotte