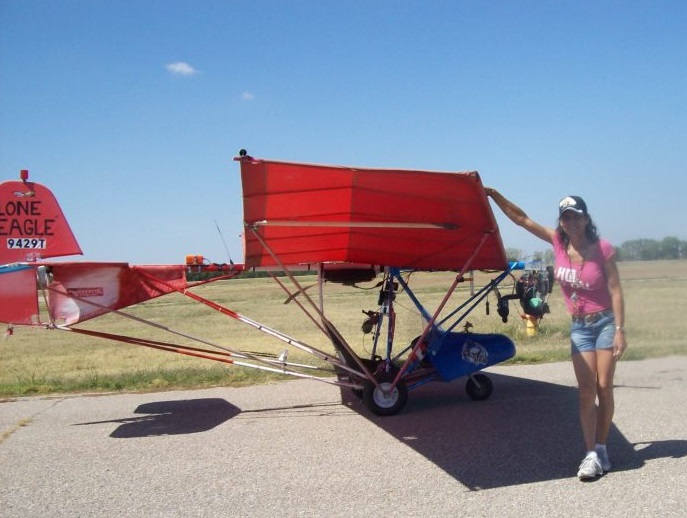 No, it’s not a taildragger – it’s an ultralight with a nose wheel. It is, however, a flying machine. Pilot Christy Nicole McCormick from Kansas experienced an emergency engine-out yesterday while flying her homebuilt Weedhopper. Christy is an accomplished pilot with over 3,000 hours and was able to walk away after successfully landing her aircraft. I asked Christy to give me her thoughts on the experience, a potential learning moment for any pilot. This is Christy’s report of how the incident occurred.

I’m still alive. I had to make an emergency landing today. I flew my weedhopper today twice. I had some ignition issues from the start. Keep in mind that Â I haven’t flown in 2 yrs……..Â Had a great first flight. Chris took off in his weedhopper then I took off again. I flew east about 6, maybe 7 miles to the east of Derby over the Arkansas river, at low altitude, started to get some ignition fluctuations. I was at around 500 feet altitude, didn’t like what I felt, turned back to the airport, probably a mile away. Then my worst fears happened. The engine quit. I tried to maneuver over a field that was smoother ground but altitude and airspeed bleeding off fast. Instead of possibly stalling out the aircraft I decided to drop her down abruptly and picked a rougher field with shocks a foot high. hoping to get her shut down before this 6 foot metal fence. as i approached within a few feet, the shocks looked higher. i thought ,,”this is going to hurt”. I hit hard. she rolled to a stop with 25 feet to spare. . but other than that, I had a GREAT time. I really did. Well, I say this, got my “REAL LIFE” engine out practice proficiency taking care of. Emergency landings are always a lot of fun. This LONE EAGLE survived and walked away, to fly another day. The hard landing didn’t hurt my bird, but my neck and right shoulder is a little sore. “Any landing you can walk away from is a good landing!”, Christy’s quote of the day! 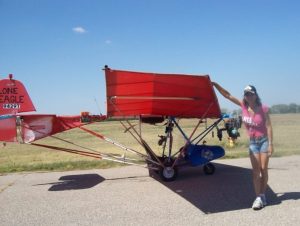