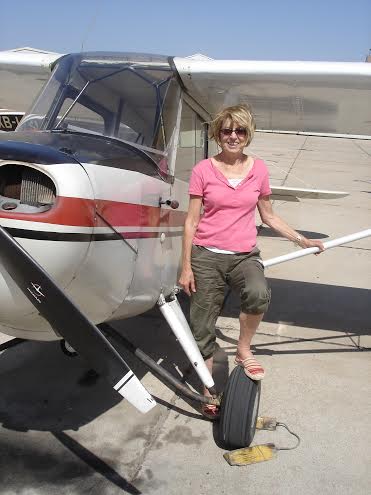 I had the opportunity to fly a taildragger at the FBO where I instruct. I flew with an instructor who had learned in a similar Aeronca Champ. Round and round we flew the pattern until I had the landings perfected. After a few maneuvers, I had my endorsement. The 1947 Champ has a radio that operates off a generator and no transponder. Flying the Champ is some of the most fun ever.

My major accomplishment in 2013 was propping. Now I can venture forth knowing that I can restart the engine.

I began flying in 1989 never thinking I would ever advance beyond a private pilot. Now I am a full time CFII and have flown more than 30 models of aircraft including a couple of seaplanes. My next goal is aerobatic training.

The opportunities for skill-building and learning are endless! Attending the fly-in would be so enriching and validating.