We’re inching along! Boyd and I are flying the perimeter of the U.S. in our RV-7 and yesterday we covered the shortest distance of any day since we began. We were in the air just 38 minutes. It was hot as Hades in Tucson when we departed. You might think the cooler temperatures aloft would keep us flying longer but not so – we were fixated on getting to Phoenix. Our flight from KAVQ in Tucson to KFFZ, Falcon Field, Phoenix, was just 68 n.m. Our reason for visiting a city technically north of our course line -Â  we just couldn’t resist seeing Phoenix. 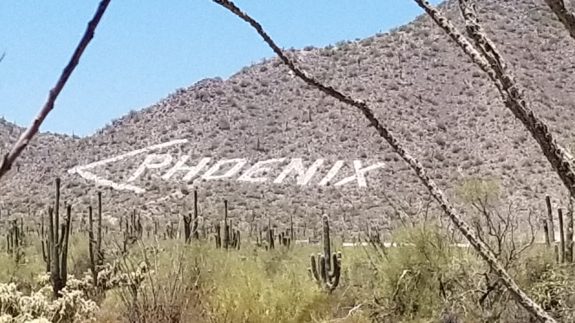 The world’s largest Air Marker. Most know about the early US Airmail markers that helped early pilots navigate their way across the U.S. by sight. Well, that’s not what this giant marker on the side of a mountain in Phoenix turned out to be – but it’s close. In the 1950’s a pilot named Charles Merritt decided transient pilots needed a “navigational aid” to help them find Phoenix. As a Boy Scout leader, he and his Explorers Post, the Sky-Hi Pioneers, worked over 5 years humping rocks into place to form this sign, then whitewashed them all. Now that’s an inspiring project!

Phoenix was good but at one point not so good. I’ve been intrigued by all the cactus since landing in Texas and my interest peaked in Arizona. I did a solo walk through a state park – wearing sandals with thickÂ  5/8″ heavy soles.They’re some serious athletic sandals made for people with far more of an outdoor life than mine. I knew I was taking a little risk walking near cactus plants but I figured if I could keep my toes tucked in, I could make it the short 1/4 mile long trail. 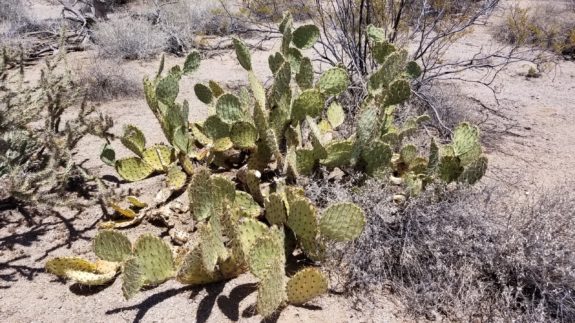 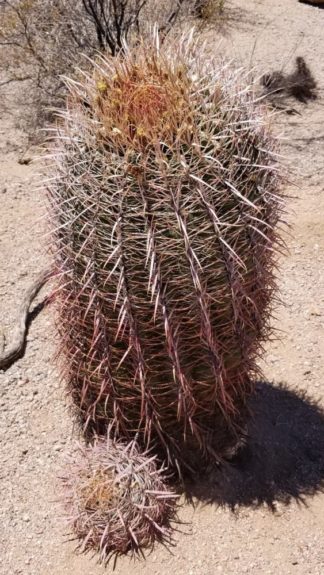 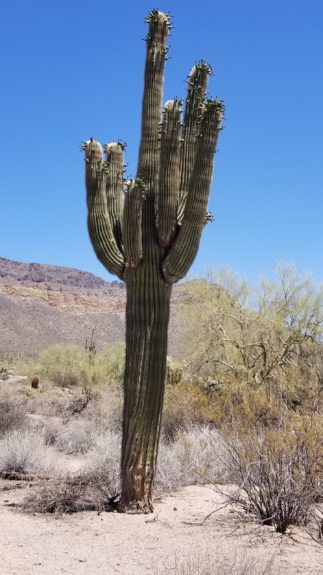 I‘m not exactly sure how it happened but I remember feeling a sharp pain at the ball of my foot. In the middle of my foot! No problem, I started walking on the side of my foot and kept going. But not for long. It was 103Âº, I was feeling the pain more and more and decided to give up on the cactus walk and get that thing outta my foot. 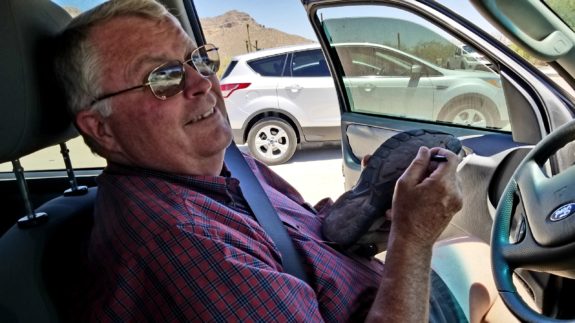 Thank heaven for Boyd and a pair of tweezers! We couldn’t believe what we saw when we looked at the bottom of my sandal.Â  A couple dozen cactus needles were embedded through my sole and a few were sticking all the way into the bottom of my foot! Ouch!

But enough of that. The hands down, best part of Phoenix was seeing two LadiesLoveTaildraggers members and their husbands. 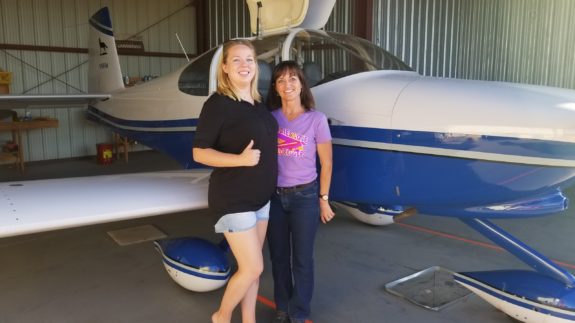 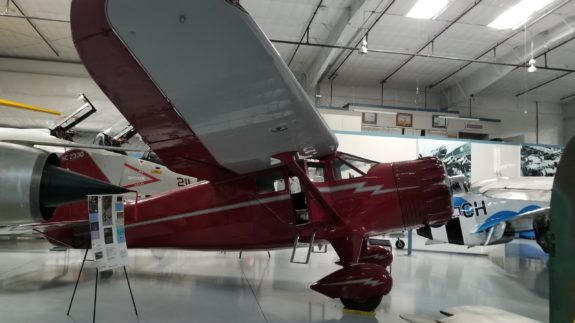 Diana gave us a quick after hours tour of the Arizona Commemorative Air Museum at Falcon Field. It pays to know Diana! https://www.azcaf.org/ 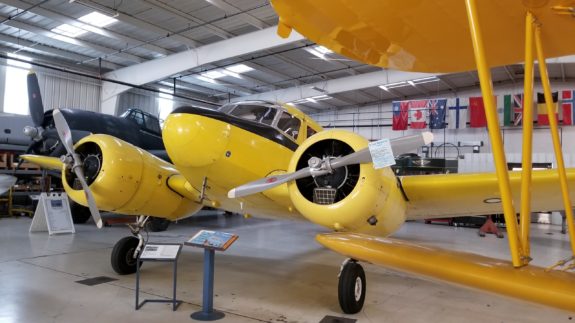 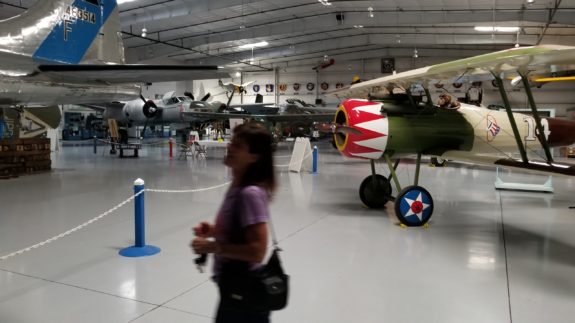 Diana moving too fast for a clear picture….or is the problem the photographer?! 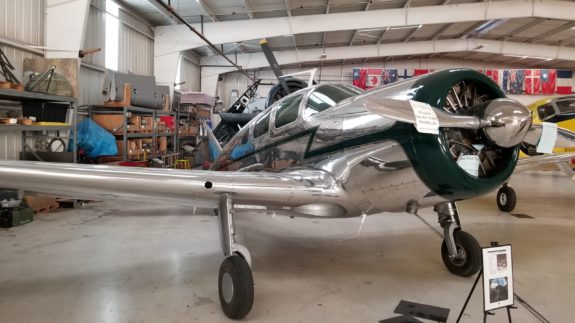 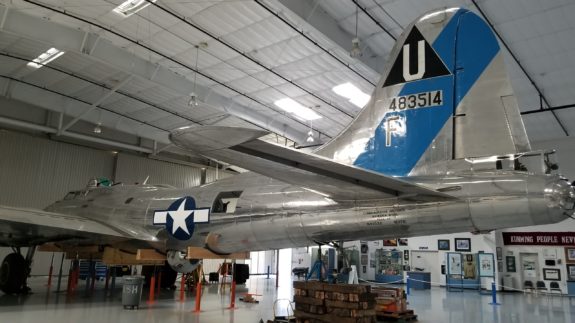 The Museum’s flying B17, down at the moment for repair to a spar attach fitting.

Boyd and I departed KFFZ this morning heading to southern California. Lunch at this very moment at the airport restaurant at Apple Valley, CA.

The crew at “3rd Generation Taco” says Hello and to come visit!