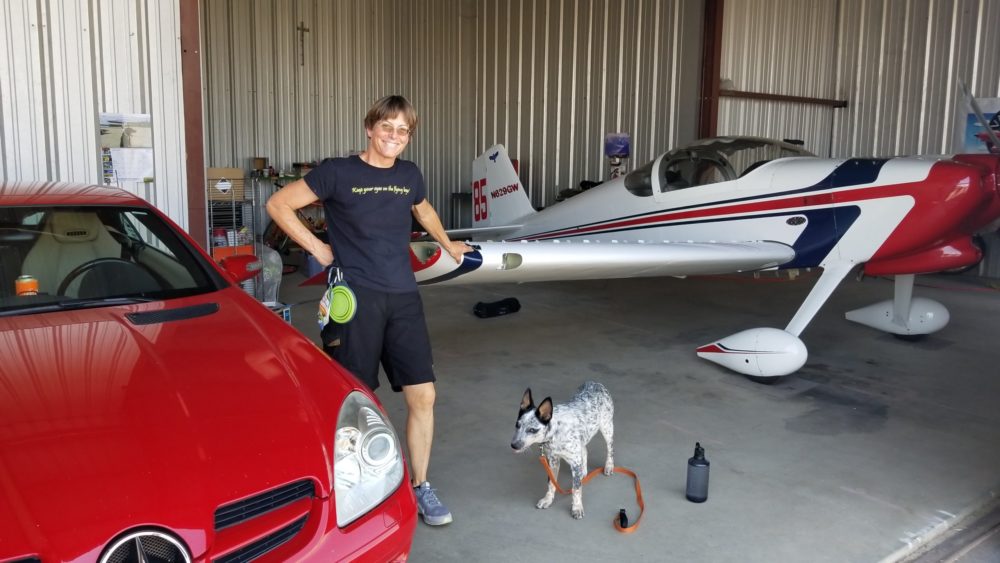 Today is officially Day 21 of our flight around the perimeter of America. We began our adventure May 20 near Toledo, flying our RV-7 eastbound along the Lake Erie shoreline as close as weather permitted. Then and now, we have focused on “the next leg” only and have not been distracted from the immediate task at hand – safely reaching the next airport.

Tonight we’re in Tucson, our last evening in this beautiful city. We considered making Tucson a quick stop but there is so much to see and do here, that was just impossible.

Many thanks to our hosts Cathy & Skip Page for inviting us into their home and genuinely acting like they like having us around! 🙂 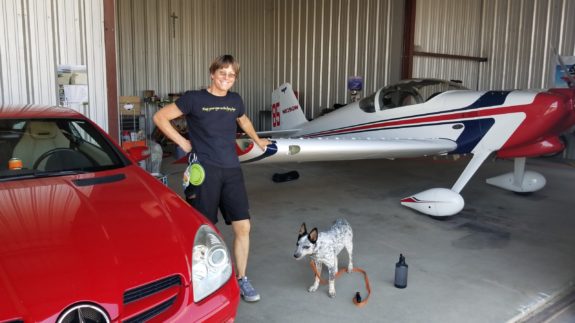 Photo: Cathy Page, Annie the Poochie, & Pop Tart… the RV-6. We landed at KAVQ, Marana Regional Airport, where Cathy’s based and tied our RV-7 down nearby. Cathy’s RV is impeccable – fit, finish & mechanically sound. 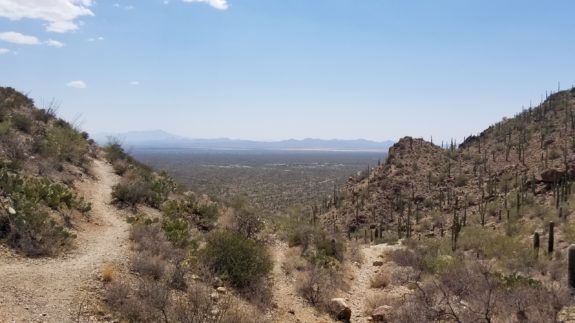 The view is spectacular in every direction 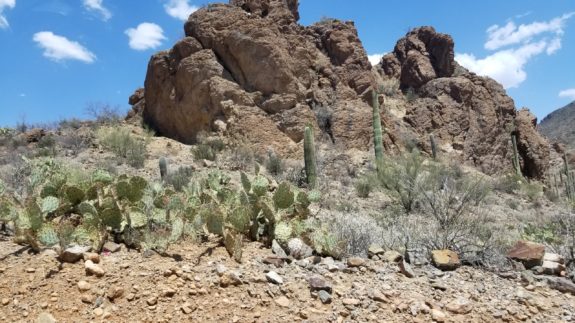 We’re in the desert! Cactus, cactus and more cactus. 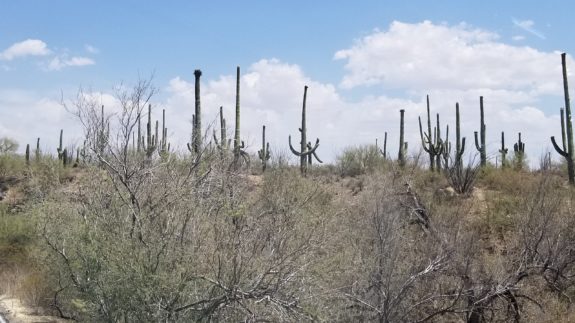 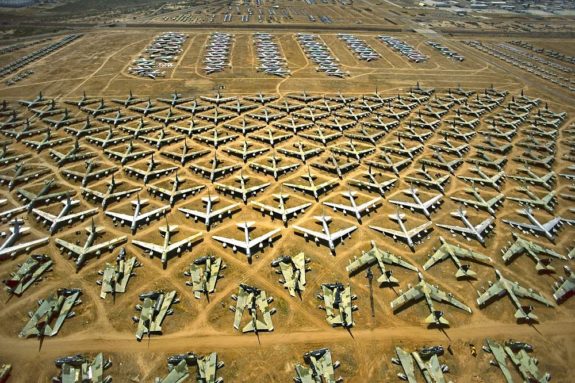 But there’s lots more in Tucson than prickly pears. Tucson is home to Davis Monthan Air Force Base and the largest aircraft boneyard in the world. 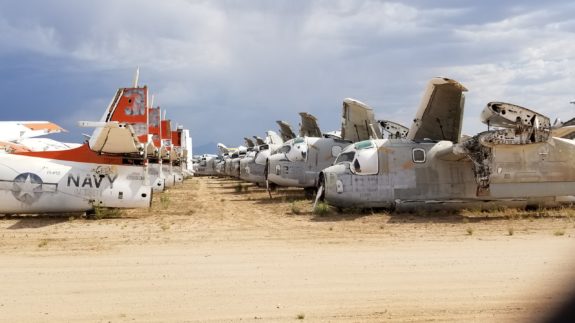 Even though tickets are available for guided tours of the Boneyard, we were sorry to learn reservations must be made at least 10 days in advance and surprised a background check is part of the process. 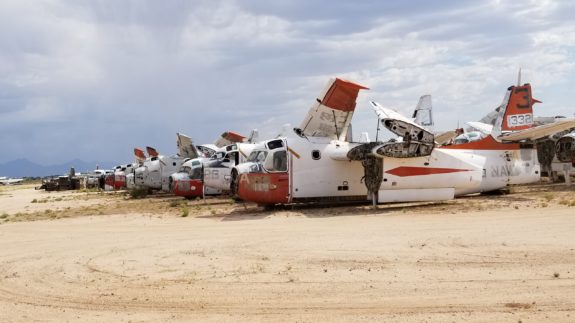 The good news is, whether you get behind the tall chain link fence or not, there’s still much to see. 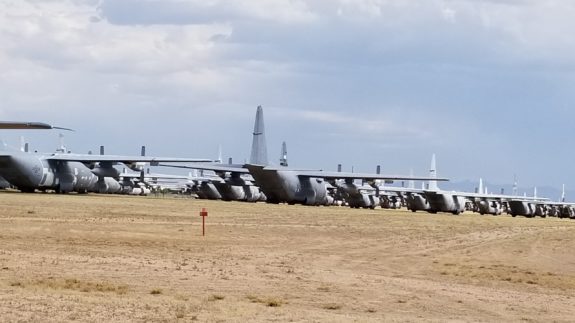 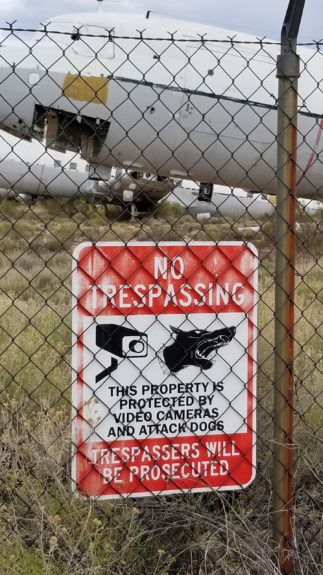 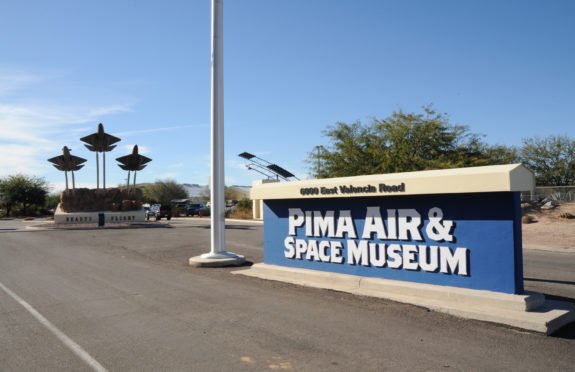 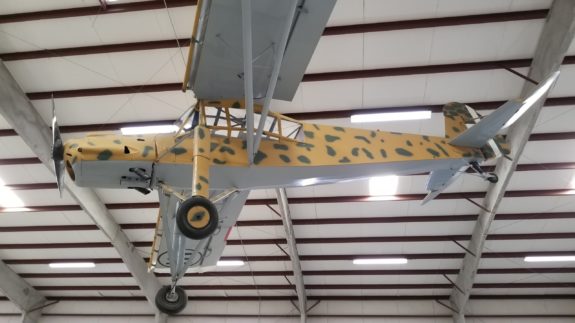 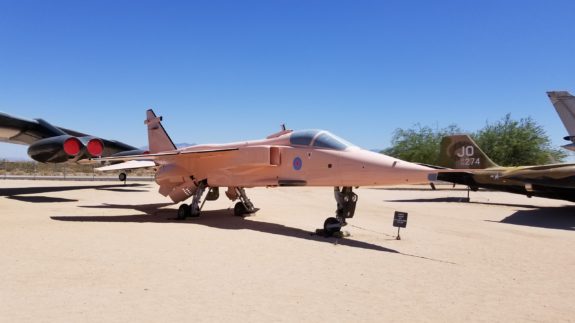 The SEPECAT Jaguar Fighter Bomber. It’s not pink because it’s a girly bird, it’s pink to help disguise it against desert sand. 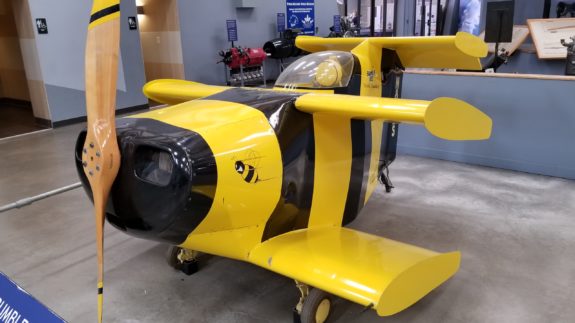 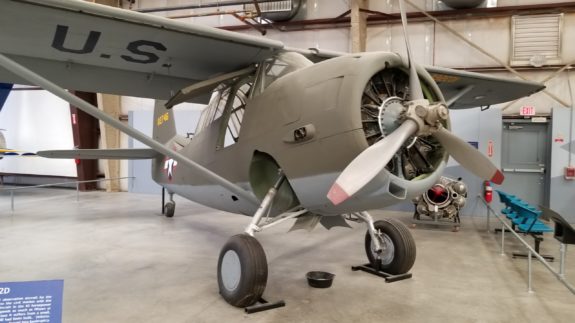 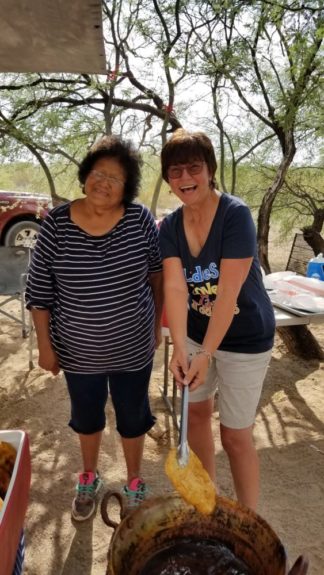 And for some non-aviation Tucson fun, I got to fry up some Indian fry break at a roadside stand.

This was the funnest group of Indian fry cooks that just wouldn’t rest until I took a turn at frying up my very own fry bread. 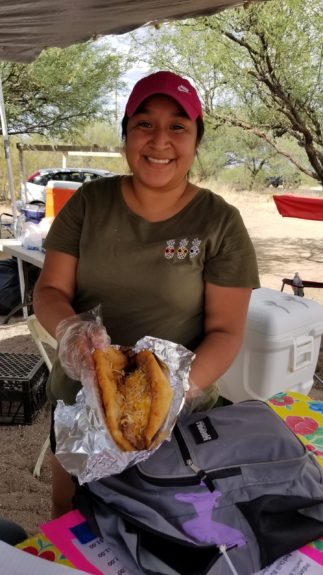 And so glad I did – Mine turned out to be DELICIOUS!

Off to Phoenix tomorrow to visit another lady taildragger pilot!