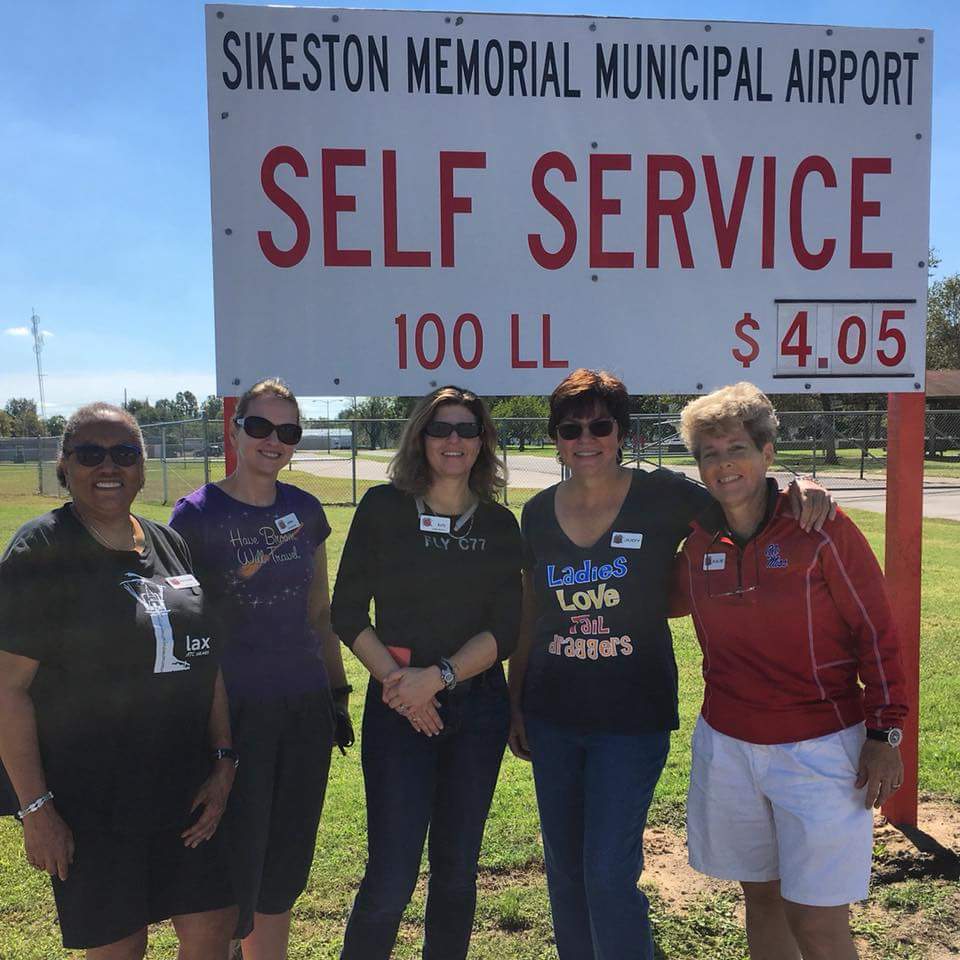 It’s hard to beat a day like today. Our flying route from Indianapolis, to Sikeston, MO, to Walnut Ridge, AR to Pocahontas, AR turned into a full day of calm surface winds, sunshine, and blue skies. What a great way to kick off Day 1 of the LLT Haunted Flying Tour! Yesterday, our gathering in Indy snagged 5 airplanes who were ready to fly bright and early this morning.Â  Today our numbers grew to 12 aircraft including a Globe Swift, Skywagon, RV8, Maule M5, Supercub, Cherokee Archer, Luscombe Silvaire, C172, Bearhawk Patrol, Pitts Special, Harmon Rocket and my Decathlon.

And speaking of my Decathlon, she’s never looked so good! These foxy stilettos were handpicked for her by one of my favorite lady taildragger pilots and happily displayed alongside the other airplanes and their fabulous footwear. 😉

Just for kicks, every lady pilot flying with us this week has her own special pair of sizzling stilettos, and we’re proudly displaying them at every airport we visit. 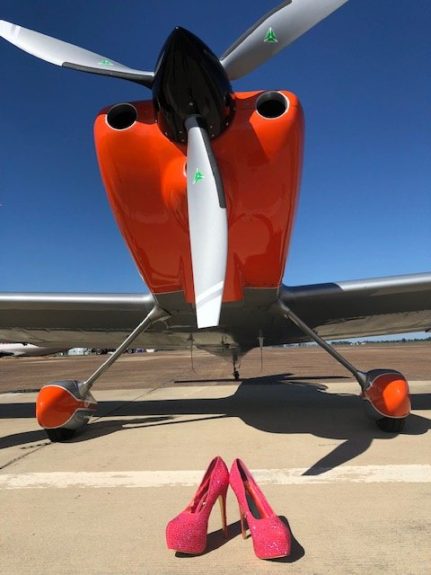 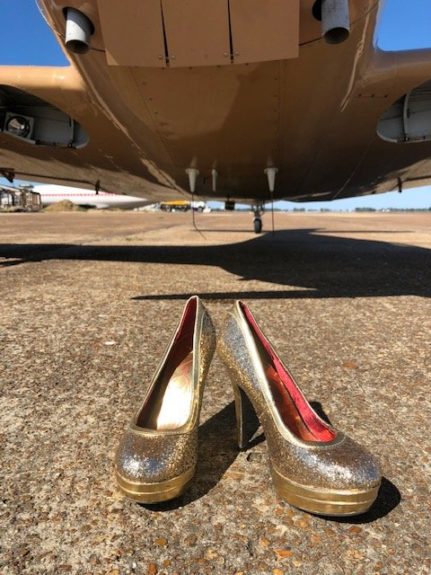 First stop of the day, as promised, was Lambert’s Cafe, Sikeston, Missouri. A couple of round-trip van circuits took us too and from the “Home of the Throwed Rolls” and I can tell you, no one left hungry.

NO!! We didn’t get the pie but I’m thinking that was a serious mistake.

From Nina Marousek, “What the pictures donâ€™t show is the absolute fun we had group flying from airport to airport, the convos on the air-to-air frequency, how the surface temps went from down right freezing in Indianapolis to mid-summer heat by Arkansas. The fun it was for me to finally fly with a group where my plane was the fastest. The flawless and satisfying short approach I made into Walnut Ridge when there was six planes all looking to land. The incredible food at Lambertâ€™s; they toss you your rolls from across the room, have gizzards, bologna, frog legs and BBQ steak on the menu. And after your food arrives they come around with huge stock pots of extra (free) food if you want it; fried okra, scalloped fried potatoes, and more. BTW, I had the catfish, it was delishâ€”the gizzards, not so much.” 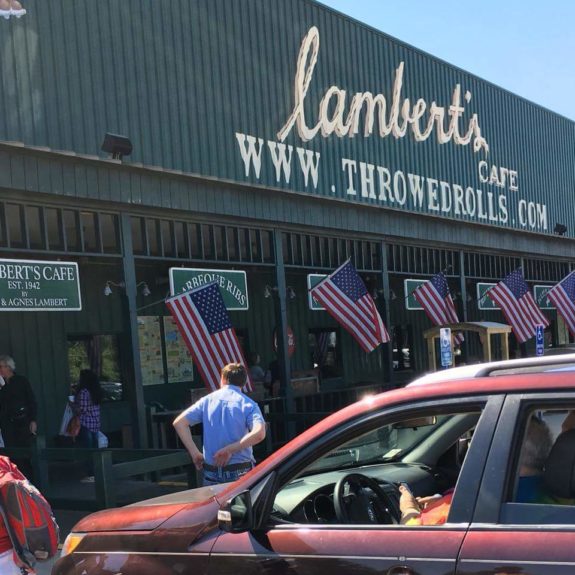 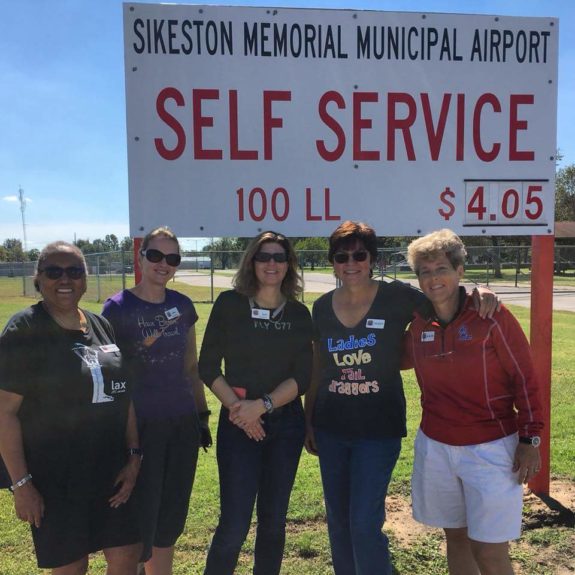 Nothing like cheap fuel to get the gals excited! Photo credit Nina Marousek 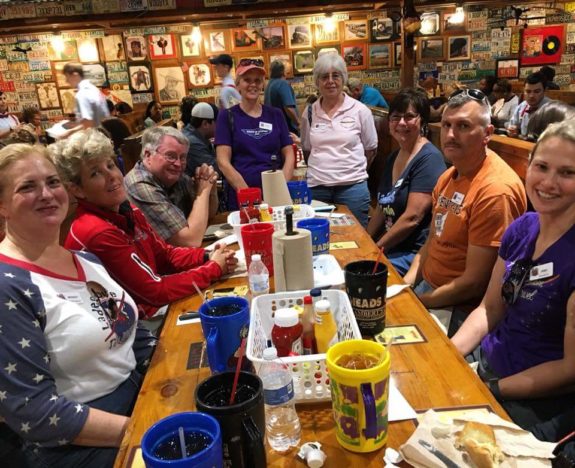 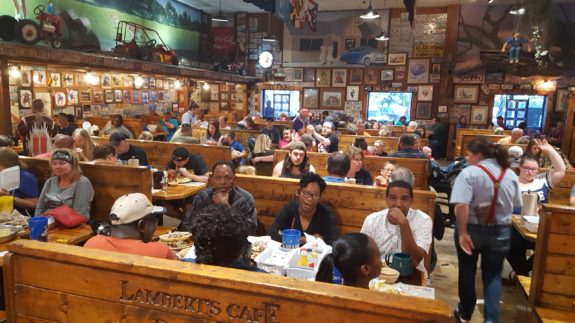 “They donâ€™t show how everyone at each airport thanked us so whole heartedly for choosing their airport for our tour. One airport confessed that they hadnâ€™t seen this much activity there in months. The airport personnel couldnâ€™t do enough for us; shuttled us around town, made sure we had the best airport accommodations, free goodies, helped us with our planes whatever needs anyone had (someone needed a aircraft battery, help with fueling, anything).”

A light lunch at Lamberts. 😉 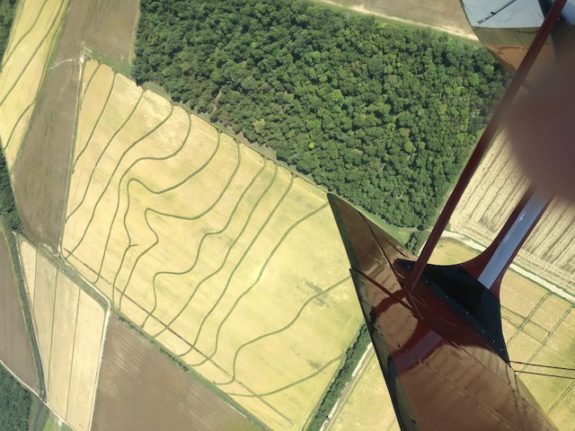 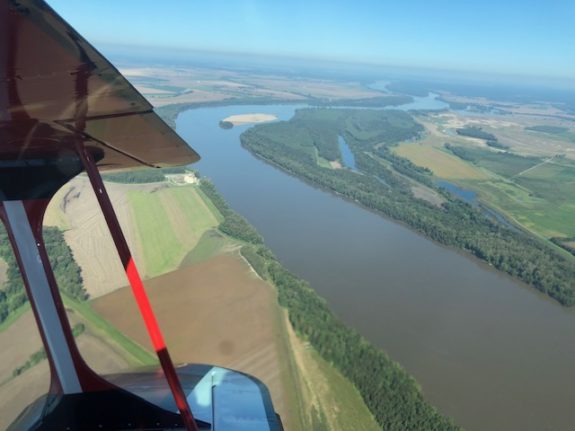 Then on to Walnut Ridge, Arkansas to tour the Wings of Honor WWII Museum. 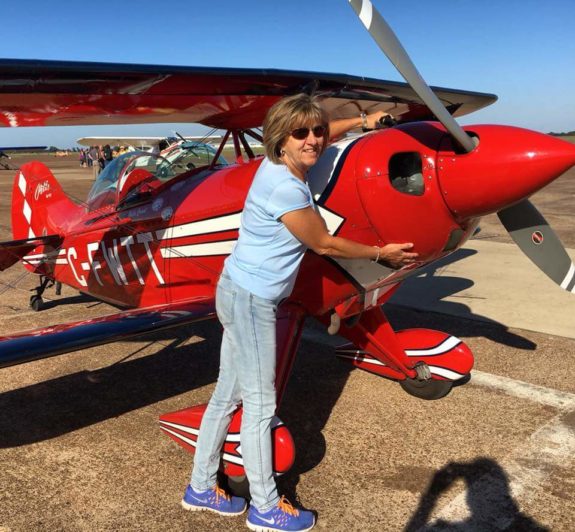 “Pictures canâ€™t show the dozen or so beautiful aircraft these ladies owned and how they all sparkled on the flight line. And the pictures certainly donâ€™t show the spirit and heart of these pilot ladies who come from all walks of life. Several work as airline pilots (we have one or two captains) and in other commercial pilot careers. Some are just like me, Pilots exploring a passion while trying to live otherwise normal non-aviation lives. They all have a story to tell and theyâ€™re beautiful stories about heritage, struggles, family, self exploration but mostly their stories are about success and beating the odds. These women are proud and they own it. Iâ€™m proud and I own it. ” 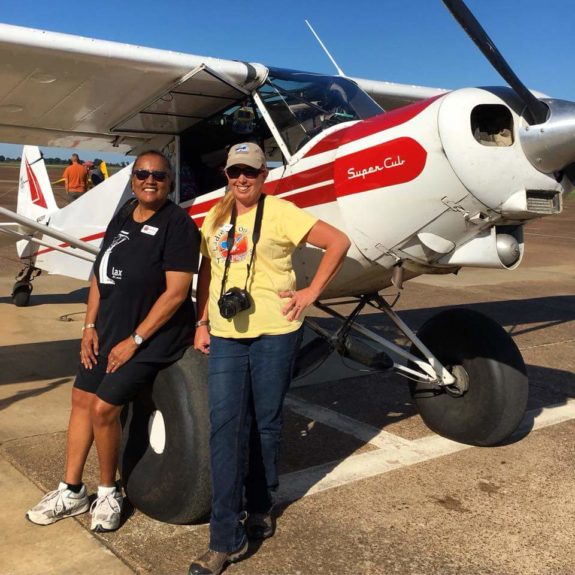 The lovely Lynn Gardner showing off with her C180 Skywagon

“Â If the fly-in were over today, it wouldâ€™ve been worth all the effort to get here. But gratefully, we have five more days of this delicious madness!” Nina Marousek 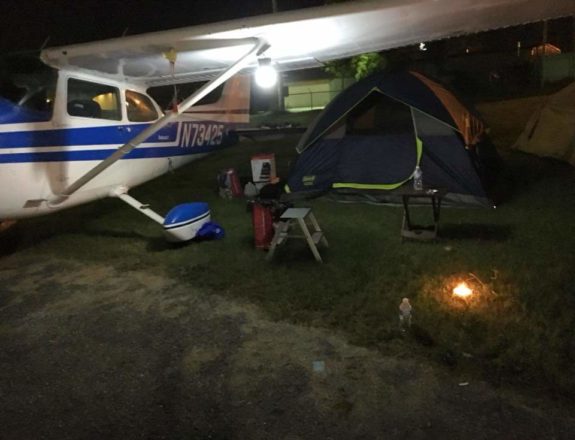 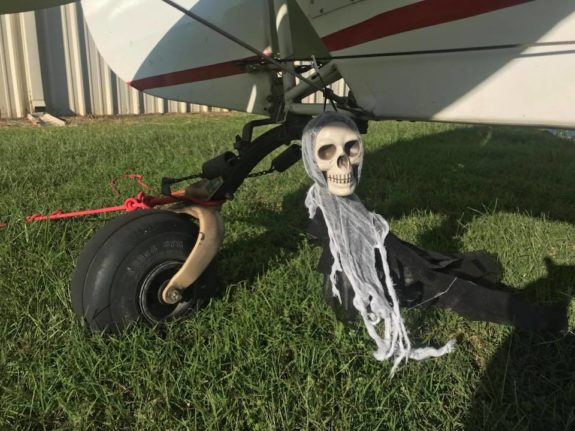 And just so we don’t forget this tour is a Haunted Flying Tour, the Tracys brought along a special friend!