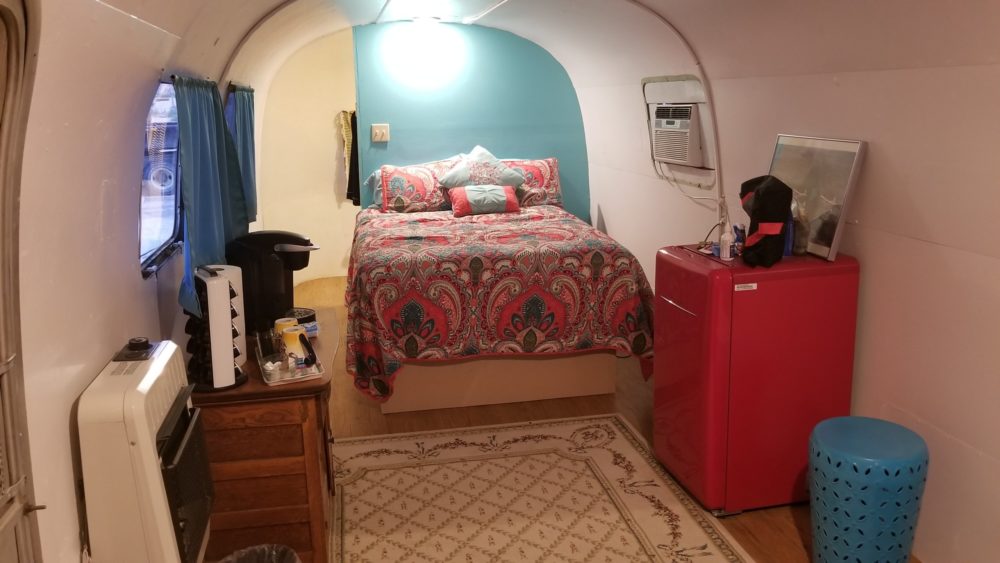 We’re on the move in our RV7, continuing to see the countryside from our vantage point high above. We’re overflying and visiting locations on-or-near the perimeter boundaries of America. Today we flew from Del Rio KDRT to Terlingua 3TE8, Texas.

My WingX snippet of the day, texted to our son so someone would know our travel plan. (An idea of where to look for us if we don’t show up inÂ Terlingua) 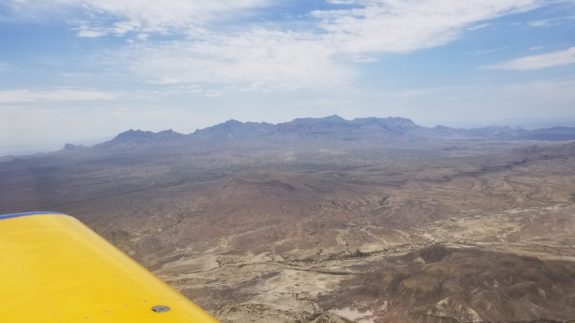 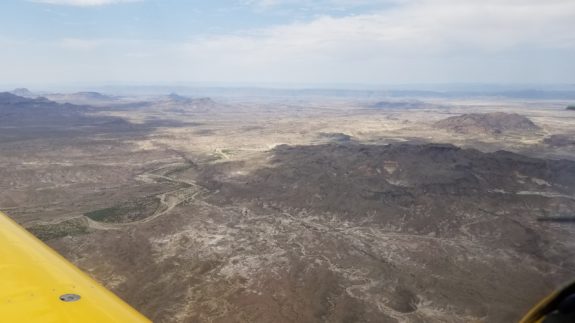 The terrain in southwest Texas is roughed and dry. If you don’t like dust & dirt, don’t come toÂ Terlingua! 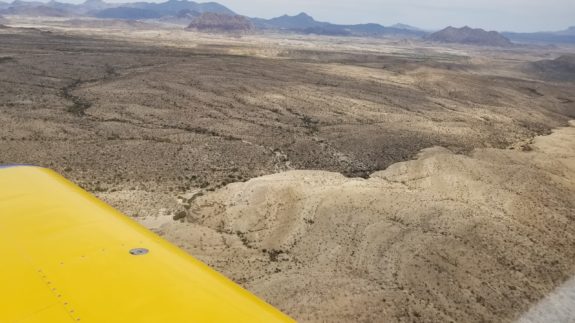 Left base for runway 3TE8, C Fulcher Ranch Airport. Runway 13/31, 3600′ x 120′, gravel. “Not recommended for tricycle gear aircraft with low prop clearance due to loose gravel on runway. Recommended landing N and taking off S due to large hill at north end of runway.” I’ll second that.

We’re sharing take offs & landings on our trip and this one was all Boyd’s. He nailed the landing, a beautiful thing to behold! Density altitude at the time was just over 6000′. 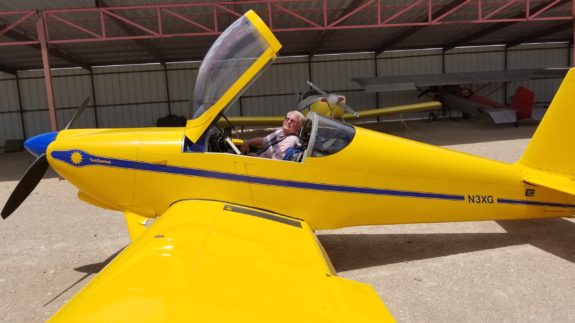 We popped the top soon after touching down hoping for relief from the ridiculous heat. Dream on – there was no relief! 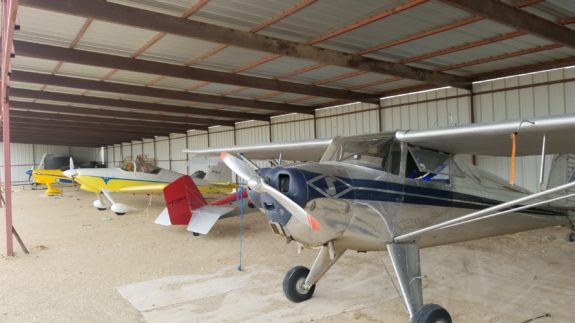 We were invited by Alex and Marti Whitmore to stop in and stay-over during our US perimeter flight – so we did! We were able to tie down in their open hangar and stay in their casita. (Casita: noun, especially in the southwest, a small house or other building). 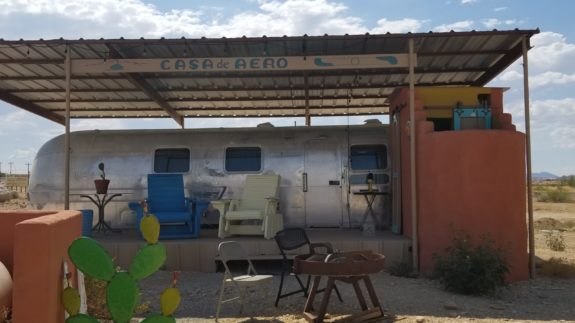 At the “Casa de Aero” and enjoying every minute of it. It’s a refurbished Airstream, beautifully decorated, air-conditioned and a fun way to “camp out”. 🙂 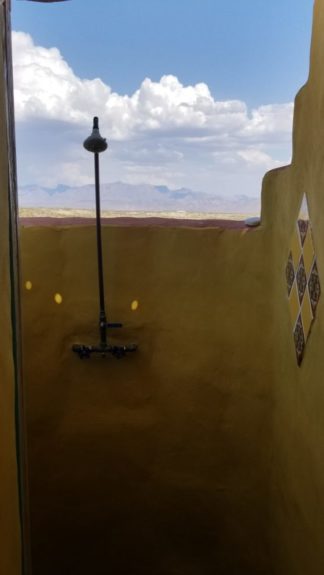 WooHoo, it even has an outdoor shower with a view!! 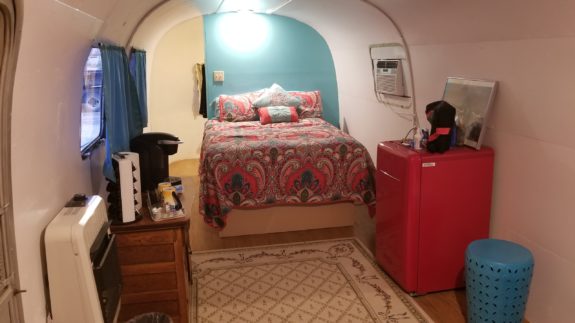 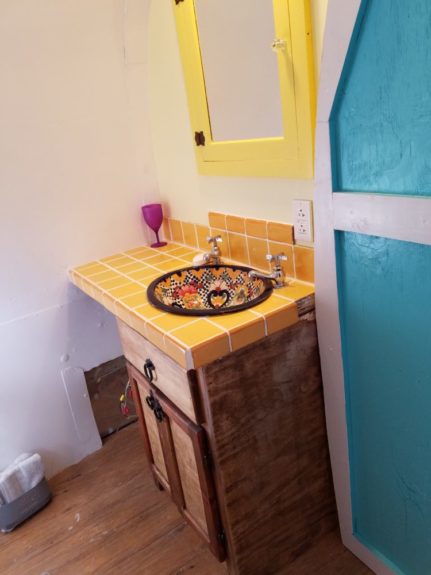 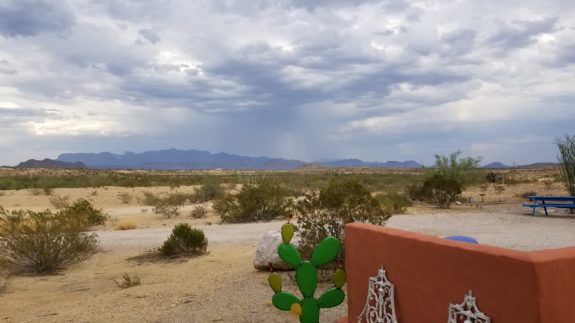 Alex and Marti Whitmore are long time pilots who own and fly several taildraggers; a C180, Luscombe, RV9, Piper PA11, and a Pietenpol Aircamper. They rent this casita to traveling pilots and provide a courtesy car too.Â Here’s the link with pictures and video.Â Â http://2aw.com/casadeaero.htmÂ  The casita has one full size bed and a nice futon that makes into a bed. They are also restoring a 1949 Shasta that should be online this summer. 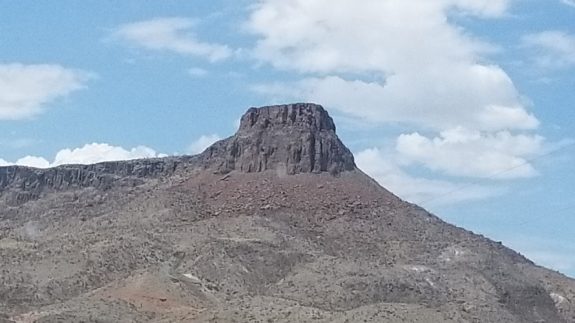 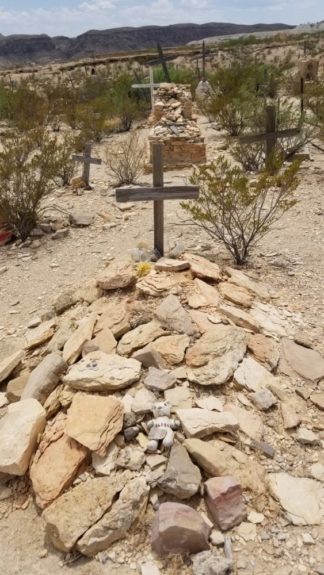 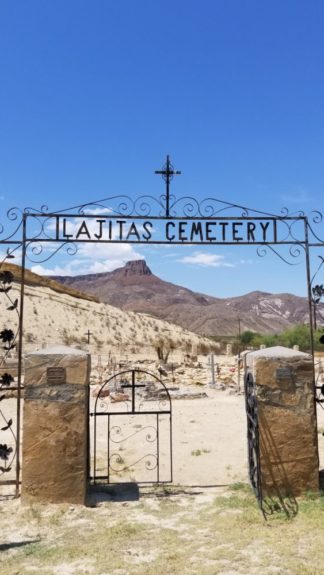 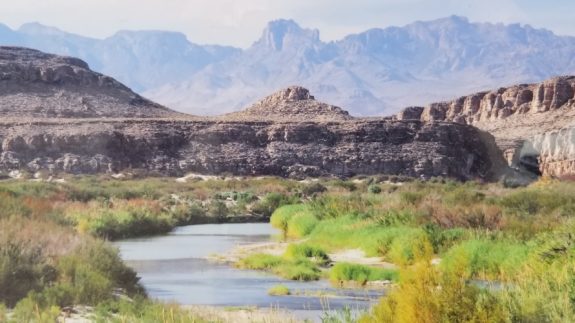 Many thanks to Alex & Marti for their friendship and hospitality.

â€œUntil you spread your wings you have no idea how far youâ€™ll fly.â€
Anonymous