Yesterday we were scheduled to have our Ladies Love Taildraggers interviews in “Vintage” but as luck would have it, we got rained out. OSH may have cancelled us yesterday but they made it up to us today! Promptly at 11:00 today, Ray Johnson began his program in the Vintage area of Â EAA AirVenture and Jeanne MacPherson and I were able to participate. Thank you, Jeanne, for sticking around beyond your original departure day & time to speak about your amazing life in aviation. Jeanne and her husband had a family reunion they needed to get to today and because of the rain-out yesterday she stayed overnight to help us out. 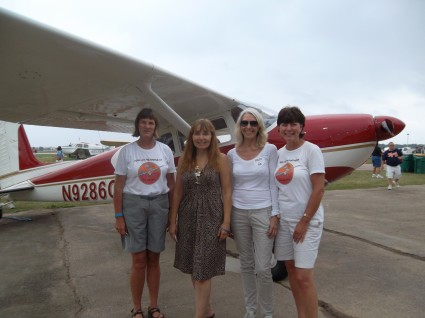 I had a little late morning adventure when I was zipping through the Plaza today, not paying a whole heck of a lot of attention and thinking about where I was headed next. I suddenly looked up and realized I was in a huge mass of people who seemed to come out of nowhere and they were all moving very quickly. A moment later I was standing right next to Chuck Yeager in the middle of his entourage and swarming fans. I couldn’t have planned that better if I tried! 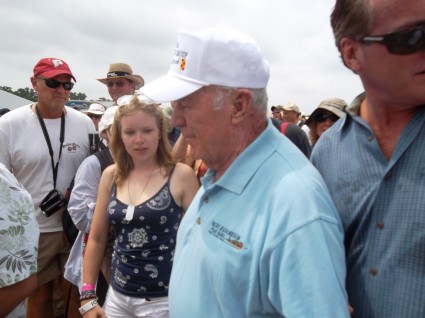 And if that’s not enough, I heard Burt Rutan speak a short time later at the Conoco Phillips Plaza. 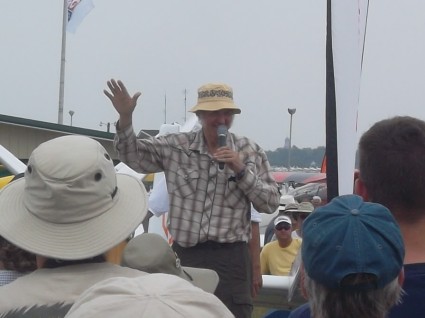 Glasair Aviation’s “Sportsman” caught my eye this morning while I was hurrying by. I had to take a few minutes to check out this 4 place, high utility, folding wing,Â trailer-able taildragger; cruises at 150 kts, stalls at 42 kts, useful load of 950 #. Â Very nice. 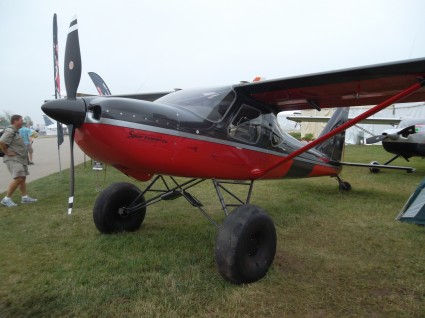 We got the airshow in today…. barely, but the performances were all the “low” shows due to the cloud deck. I’m not sure what the ceiling was but they were struggling to get enough altitude to give us all a look at what they can do. Â Sean Tucker rung out his Oracle Challenger biplane which is astounding to watch and the Misty Blues all woman jump team kicked the show off. 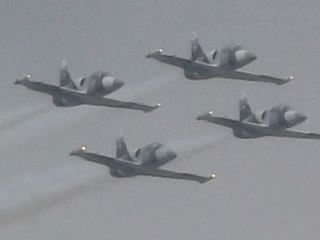 The Heavy Metal Jet team did their very, very low show but that's the way it goes sometimes.

I was back hanging out with my Rans for most of the airshow, luckily under the wing when the show was cut short by a major deluge. 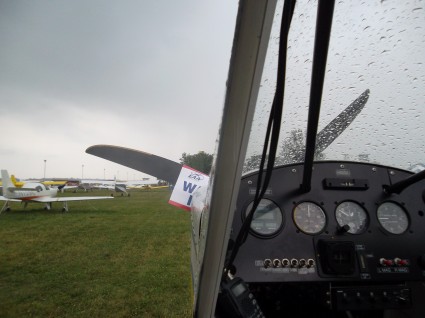 Lucky kids were having a great time kicking around in the water puddles and most of us big people gave up trying to avoid them too! 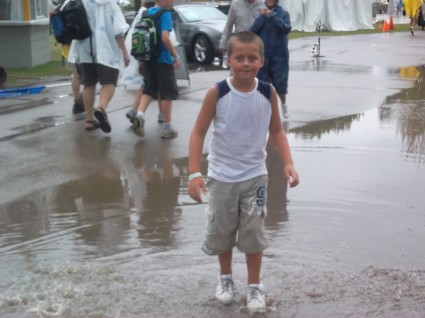 See all the Rutan design aircraft in the back of this next photo…. they got prime parking spots this year in honor of Burt Rutan. 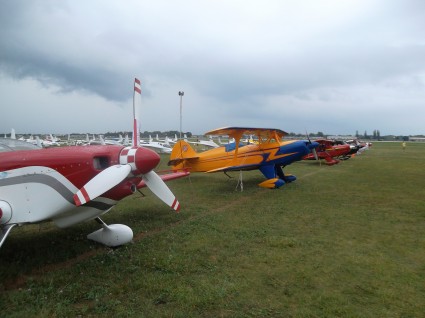 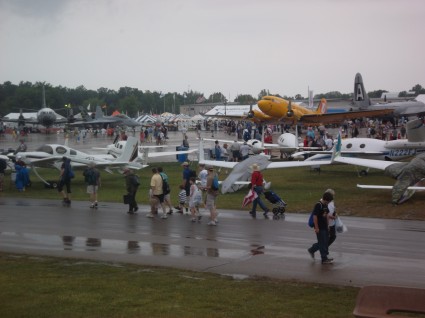 I had an invitation from Rod at www.mytransponder.comÂ to his social media – podcasters – bloggers party, hosted by Sennheiser Aviation, and it turned out to be a very cool event. It was a great way to meet up with the movers and shakers in the aviation social media world and pick up a few tips. 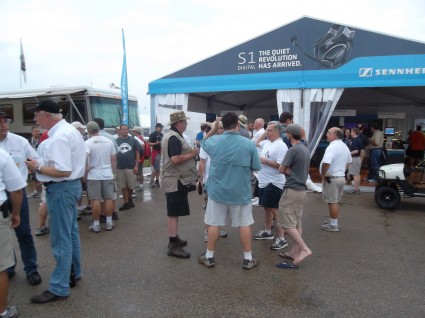 Thanks to Michele Combs for all the introductions and techno tips. Michele’s husband, Michael Combs is flying his REMOS light sport aircraft to all 50 states. After recovering from a serious illness that nearly stole his dream to fly, Michael set out to fly into all 50 states to encourage more than 50 million people to Never, EVER give up on their dreams. He has now logged more than 28,000 miles, 175 airports and 49 states, setting four world records. Hawaii is the next on the list!! 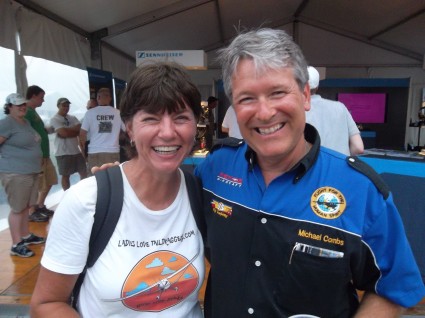