Day One Blasted off at AirVenture! 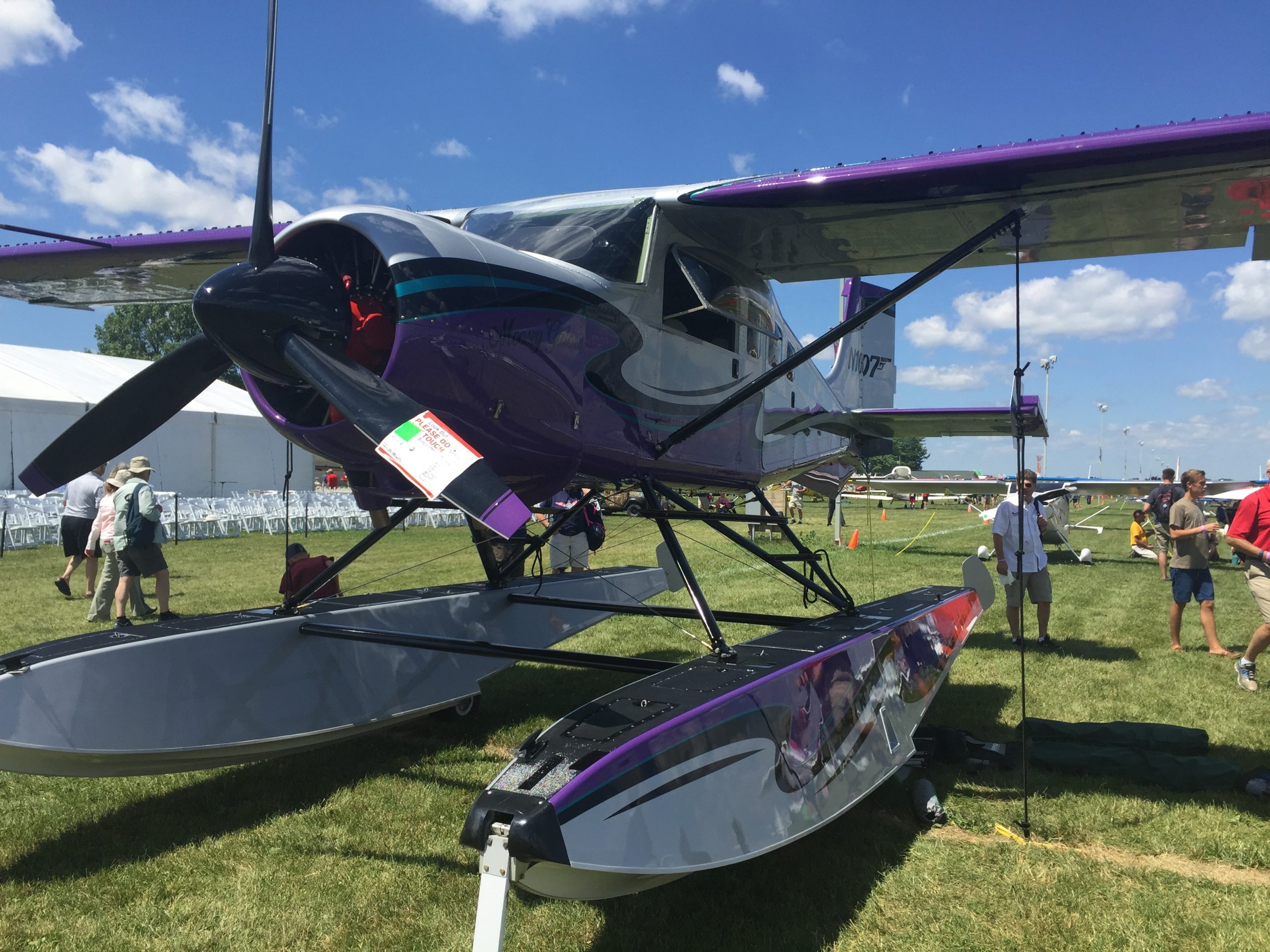 Jul 2016 Day One Blasted off at AirVenture!

Monday, July 25, day one of AirVenture! Officially it’s ‘Opening Day’ but truth is, it’s been cranking for days. Vendors and volunteers have been working across the field getting their own littleÂ piece of the puzzle ready for today.That’s normal. What’s not so normal is that pre-opening customer crowds seem to have shown up in record numbers. I’ve heard all kinds of rumors about attendance and percentages but the real evidence lies in the sheer number of aircraft covering the field and tied down. It’s getting packed here! 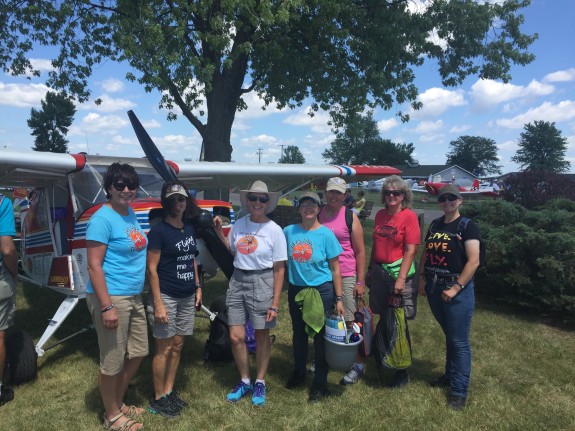 Save some room so our lady taildragger lovers can fly in too! 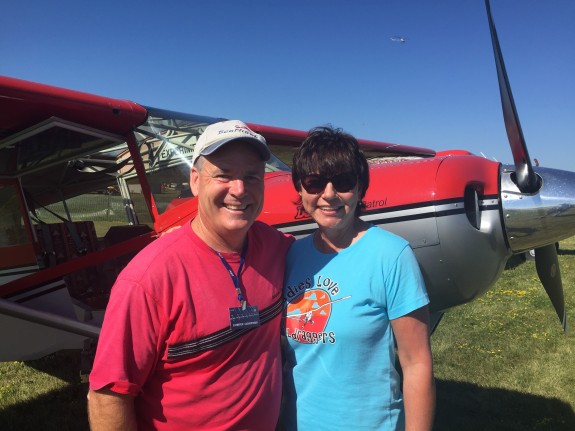 One of my funnest missions at AirVenture is airplane shopping, a.k.a. for non-light sport taildraggers. The Bearkhawk Patrol is one of the planes I wanted to demo while here and I’m happy as heck to say I flew one today!

After making my case to the Bearhawk gatekeeper detailing just why I wanted a demo flight, magic started to happen and I was approved. I patiently waited my turn and started to get a little giddy just thinking about flying this highly regarded STOL aircraft. The Patrol is a tandem two seat, high wing taildragger known for its outstanding performance at both low speeds and cruise. It can get in and out of just about anywhere, definitely anywhere you’ll find me, and is powered by a 0-360 Lycoming 180 hp engine.

It’s time to go so I climb into the front seat and start getting comfortable. Oh no, what the heck?! My demo pilot and nicest guy ever, Mike, tells me I’m in the wrong seat. No, I can’t fly it from the front? OK, I get it. We’re at OSH and he needs to fly it in and out and he’ll give me the controls shortly. Dang! 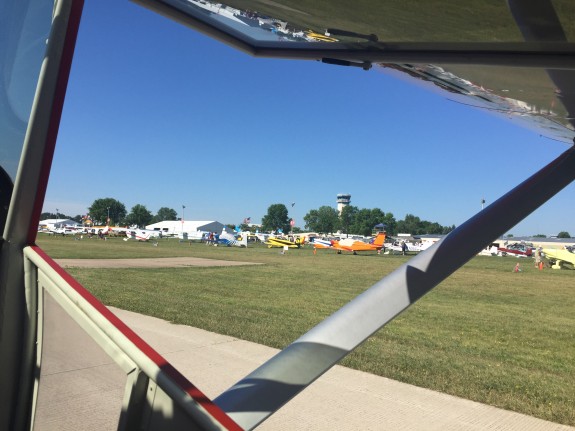 As promised, I took the stick shortly after departure and headed through the forbidden zone, the airspace the average RIPON arrival never ventures to. It’s east of the field where the Warbirds and airshow performs organize and by the seaplane base. That was a treat in itself. 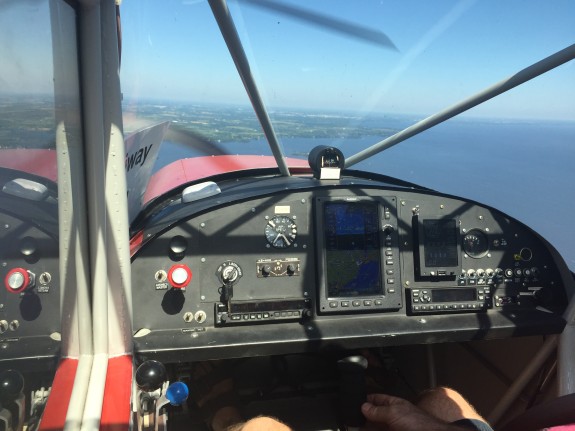 Standard procedure for demos is slow flight, stalls with and without power, flaps or not, moose turns, climbing turns and whatever else you feel like doing.

What I loved. Just about everything. The roll rate is quick and the ailerons are very light. It’s stable, trims up easily without any bobbling around. It’s a very solid ride at cruise and better yet, in an unbelievably steep angle-of-attack approach to stall. Stalls were almost a non-event we had to make happen. When we finally felt the slight buffet, relaxing the back pressure ever so slightly had us flying again, all with hardly a loss of altitude. 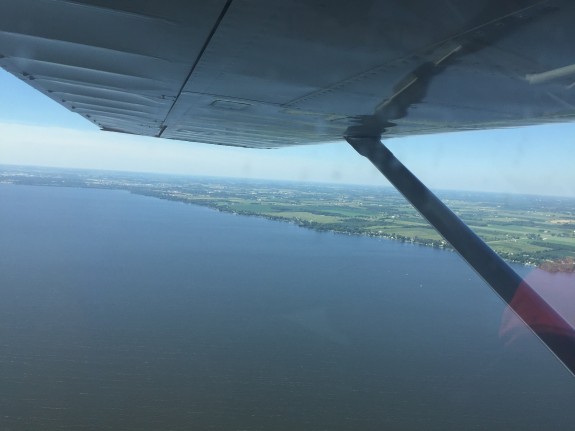 To sum it up, the Bearhawk Patrol could give me the best of all worlds. It’s FUN. It climbs fast and will keep on climbing as high as I want to go. It cruises fast – not as in “RV fast” but cruising at 135 – 140 mph in a STOL aircraft would be spectacular. It’s big inside with lots of room to stretch on a long cross-country and has an equally roomy baggage compartment. I’m impressed!! 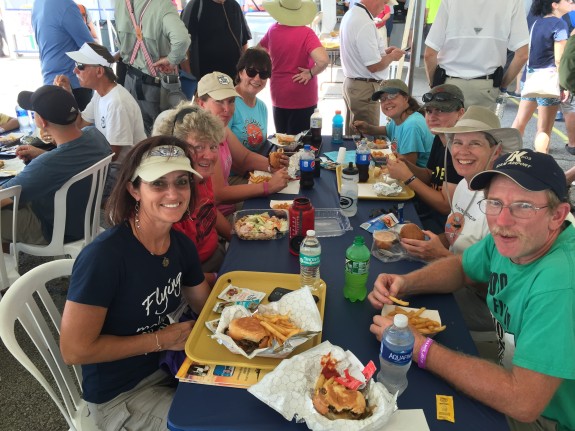 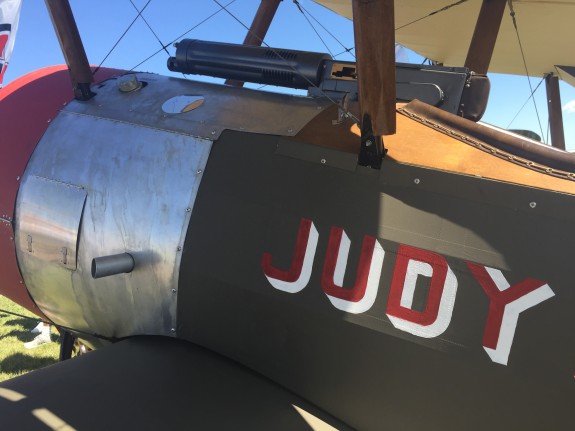 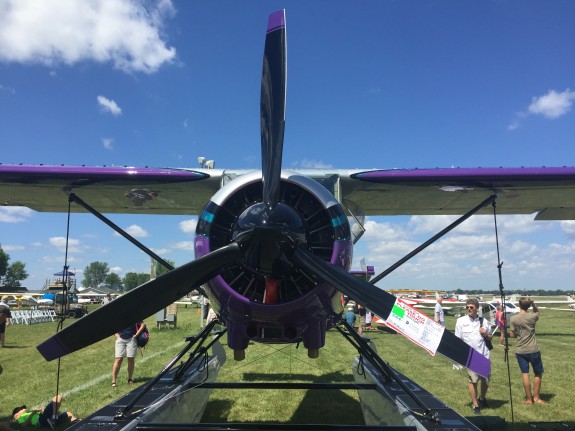 Here’s one gorgeous, eye-catching bird that sits above the crowd and just happens to belong to LLT member Lisa Haag and husband Mark. It’s a 2005 Murphy Moose. They put about 300 hours on it before dropping her off for this amazing paint job. 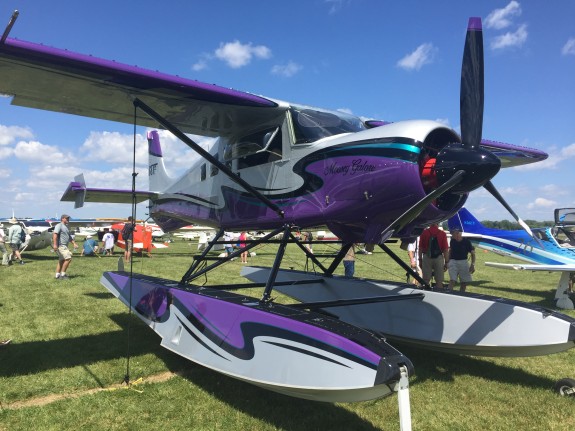 Talk about a brand new paint job – they flew her from the paint shop to OSH! 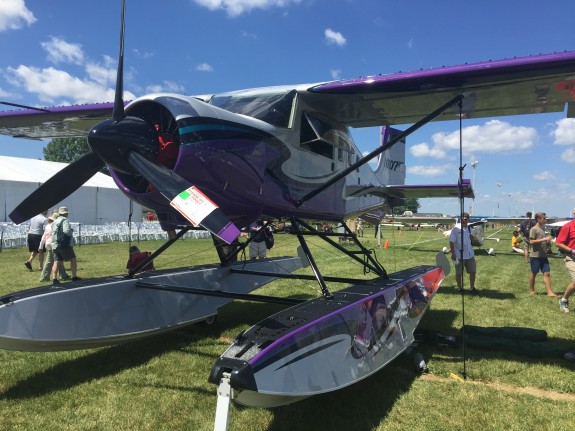 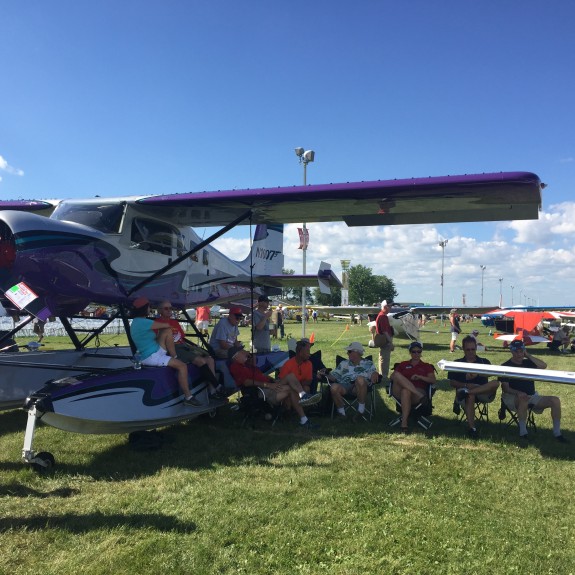 I found Lisa & Mark and friends gathered under the wing finding plenty of shade to watch the airshow. 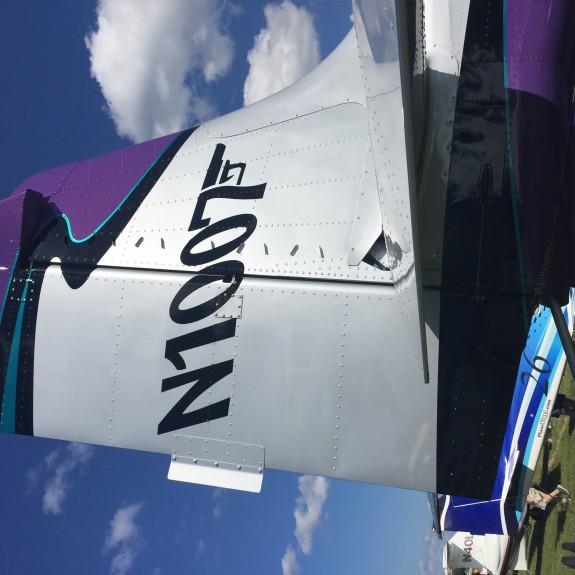 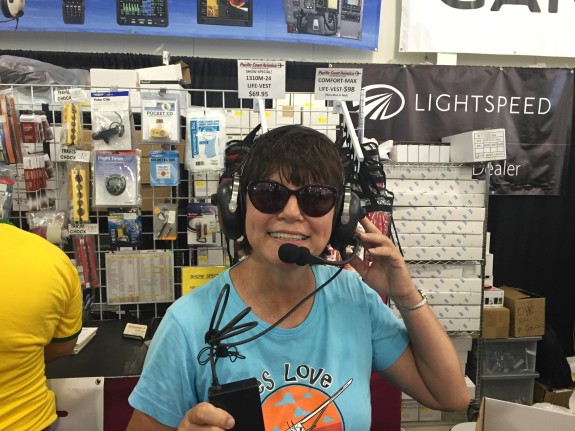 I also bought myself a bargain ANR headset at Gulf Coast Avionics today; $225, no tax, no shipping. Future Rans S7 passengers, I’ve upgraded you from very crappy to not to shabby!