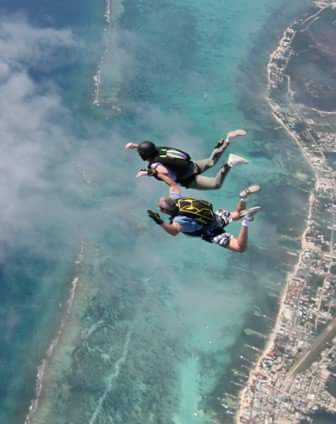 Deb Penrod is based at N47, Pottstown Municipal Airport, Pottstown, PA. This is Deb’s love story. 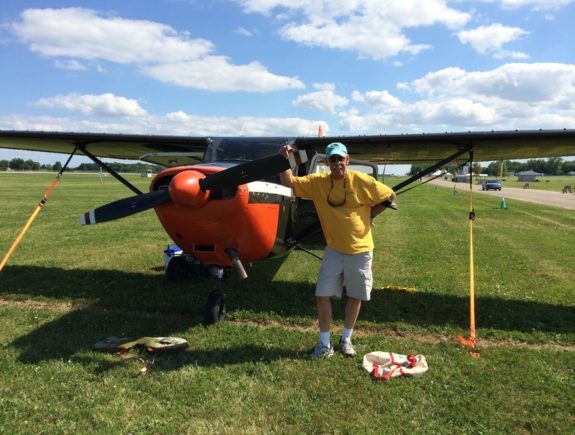 I met Curtis in 1999 at the United Parachute Club, at New Hanover Airport which was a grass strip in Gilbertsville, PA, when he came as a student. He was dressed in his PA Army National Guard helicopter pilot flight suit. I tried to introduce him to other single lady jumpers, but fortunately there were no takers and I became single some months later…I owned a Cessna 172 at the time (what a great way for a 40-something single woman to meet men) and he got his civilian medical just so he would be able to fly it. 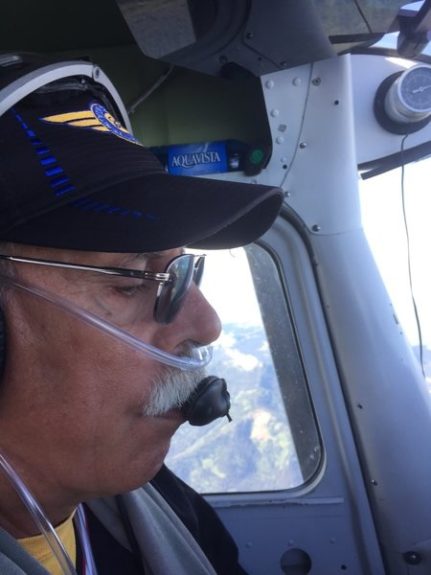 We married in 2004 in the Florida Keys – at 14,000 feet in a Skyvan that I had once had a partial ownership in, and then we promptly jumped out with our wedding party of a half-dozen jumper friends – me in a yellow jumpsuit. He acquired a 1956 Cessna 182 about 10 years ago, configured of course for skydiving. And, coincidentally, it was the same jump plane from which we had both made our first jumps at United. And, of course, I was subsequently the first jumper he put out! I feel honored when he puts the front passenger seat in for me…otherwise, ya gotta sit on the floor with nothing but a parachute and a seatbelt!

We have since flown in his plane from PA to Florida, Wisconsin, Montana, the Carolinas, etc, etc, you get it. Several of the trips have been under the wing in a tent – 3 weeks is great, but I warn you that 3-and-a-half weeks does push it! And, weâ€™ve also been on skydiving trips in many states, as well as Belize, Costa Rico, Canada, Belgium, and others.

I bought a 1940 J3 Piper Cub about 4 years ago, and Curtis has been my diligent manager, advisor and supervisor. And critic. 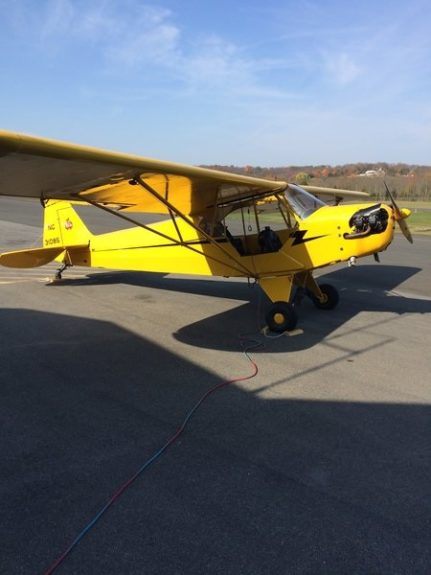 I have been an AOPA Airport Support Network representative for our airport, and as part of being an advocate for aviation and the airport, at my request Curtis regularly flies local municipal employees, staff, elected officials, and interested citizens for an appreciation of our lovely Borough and our gem of a small GA airport. (Oh yeah, he also flies the kids of the employees at our local micro-brewery – how romantic is that!! Weâ€™ve also done the aerial photography for the Bok Fest Goat Races at said brewery, double romance when you get a close look at those adorable goats.) 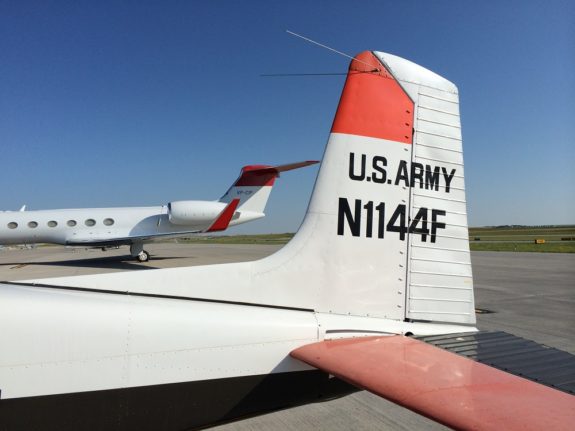 And, ladies will understand, to add to the romance, he also does test-pilot work for a helo shop….really big machines! 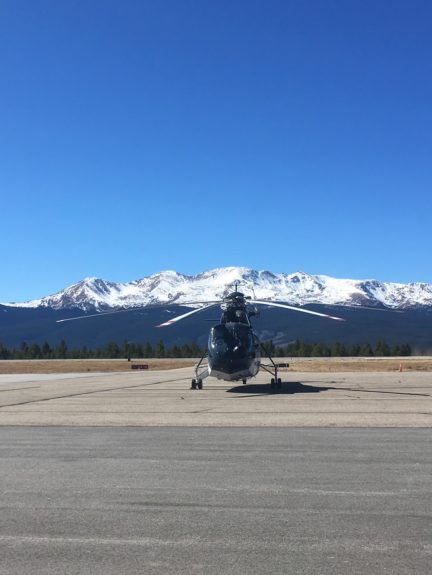 The latest: he got me a yellow Honda scooter/motorbike…and painted a lightning bolt on it! 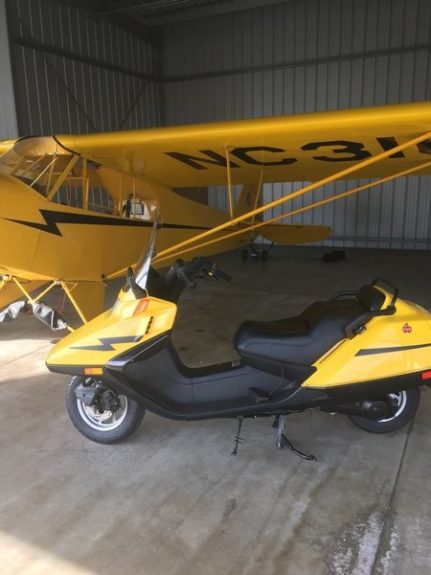 Oh gosh, I have so much more to tell, so many more pictures to share. Stories of the adventures, pictures of our world!Â ❤❤❤