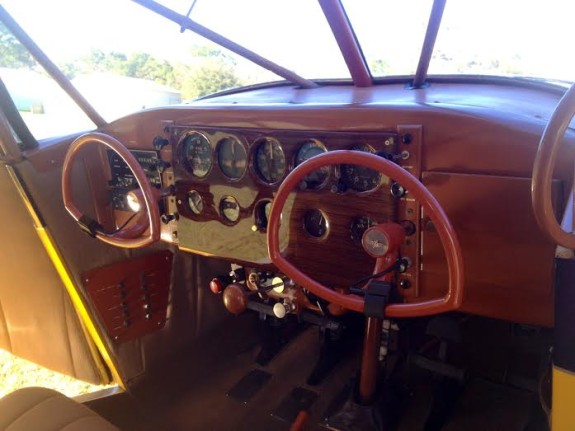 My taildragger is a 1941 Stinson 10-A, which I restored (A&P). It was a fun project, everything was done in house.Â We took my Stinson 10-A to Sun n Fun in Lakeland Fl in 1998. I received Best Antique Monoplane. My goal when I restored the airplane was just a nice original airplane.

I have been interested in airplanes from early years, and the only one in my family that flies. Family had a weekend home near 03FA. That is where I learned to fly and where I was mentored for my A&P license.

I met my husband on this strip with his Stinson 108-3. He is my rock, encouraging me from the beginning of my flying lessons.
His airplane is a 1946 Bellanca 14-13-3 taildragger. 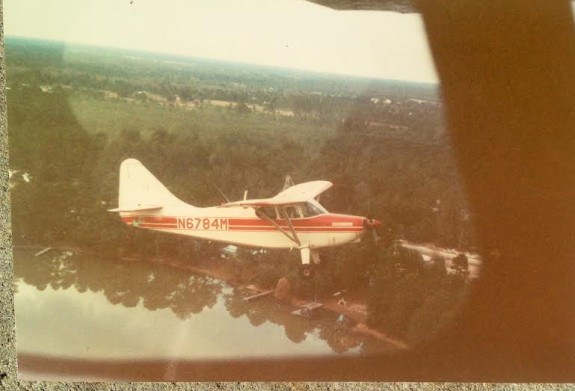 My Stinson 108-3 Stinson station wagon, picture taken from a Stinson 108-3. The pilot of the photo Stinson has owned his for over 50 years. We have owned “Big Mabel” since late 70’s.