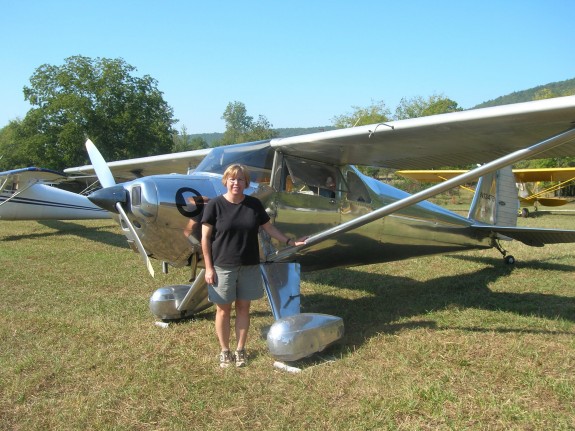 I started flying in 1997 as an empty nester because I was tired of being an airport widow. My husband, Henry, has been a pilot for 35 years and has owned his Luscombe 8A, Lucy, for nearly that long. I have about 1600 hours flight time nowÂ with most of them in Lester, my 1948 Luscombe 8E. We have a great airport gang (The Front Porch Gang) at our base airport, Pickens County Airport, JZP, in Jasper, Georgia. For years, Henry and I flew to fly-ins and events together, but that has changed somewhatÂ since we inherited our niece, Keely. Flying is second nature to her since she has never known anything else, but we have to adjust our travels around school now. 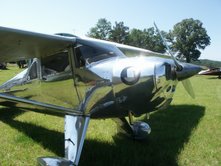 Henry is a P.E. with the USDA and will retire at the end of the year. He is also an A&P, IA. In one way it’s nice to have my own personal IA. On the other, he uses his position to get lots of home-cooked mealsÂ and foot rubs. I guess it’s a fair trade. I have been an aviation columnist since 1995, first for The Southern Aviator and now for the General Aviation News.

That’s the McFarland clan in a nut shell!