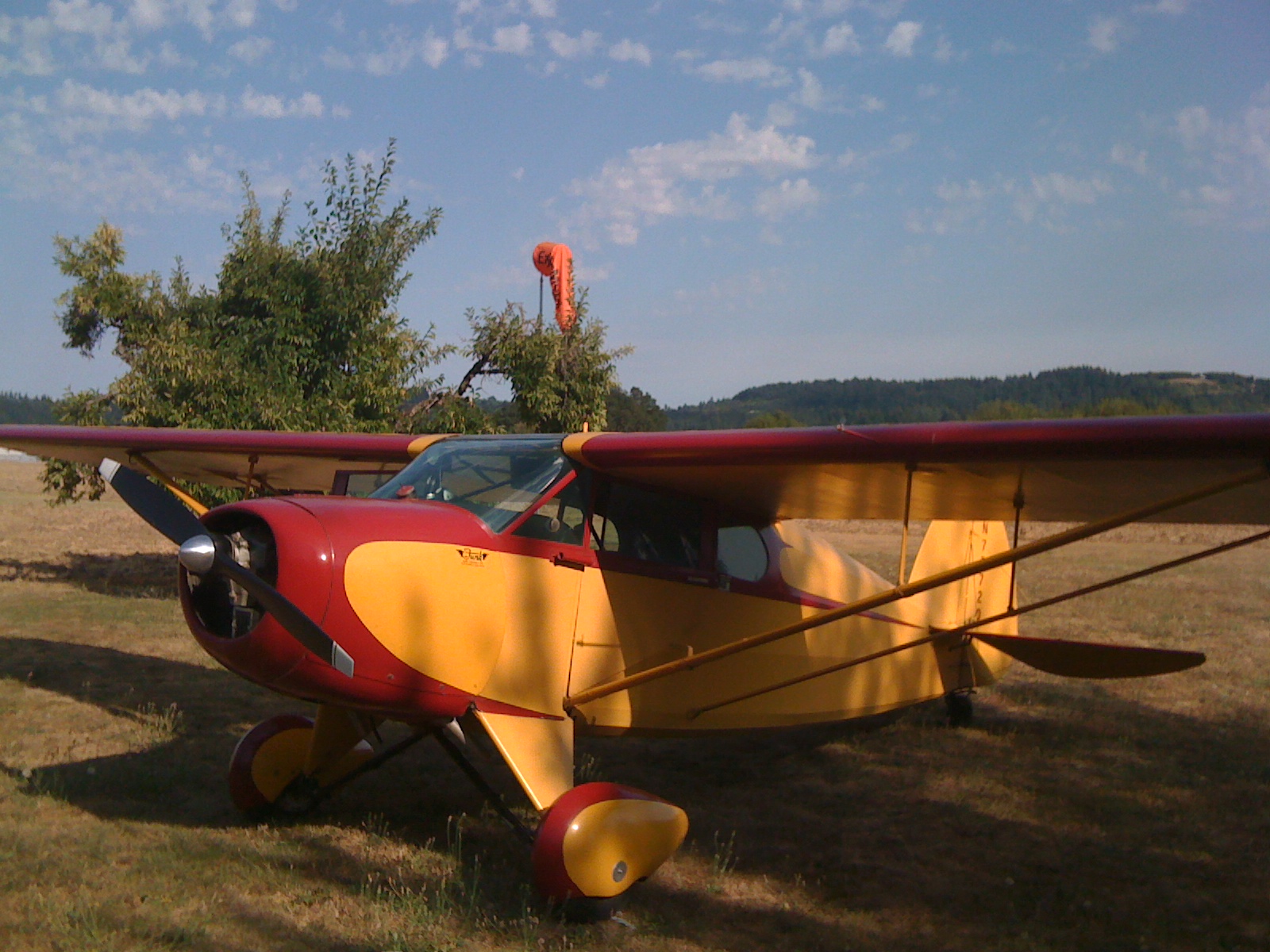 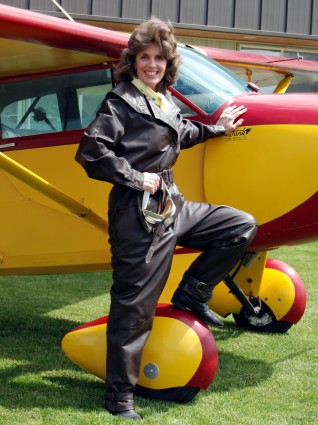 You wouldn’t know by its looks, but the Funk is a very aerodynamic ship. Twin brothers Joe and Howard Funk designed it in the 1930s. They designed the fuselage along the lines of the Fairchild, used a NACA 4412 airfoil, and the same type of oleo strut landing gear as the Waco. What they came up with was a very stable, highly efficient, stall and spin resistant airplane that has been described as the safest and easiest to fly of any light aircraft ever built. 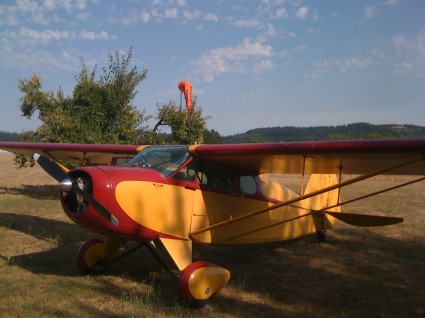 The only disappointment was the unreliability of engines available in 1934. They ended up designing a tunneled aircraft cooling system for a liquid cooled engine. Shortly after a highly modified Model B Ford engine was installed in 1936, Amelia Earhart visited the Akron Aircraft Company and requested a demonstration flight. After the flight, Amelia asked if she could fly the Funk from the left seat. Before test pilot Ralph Goodman had a chance to brief her on how to enter the aircraft, Joe Funk himself stepped up and offered to check her out. Amelia surprised them by gracefully slipping between the wing struts and into the one door on the right side without a word from the instructor. 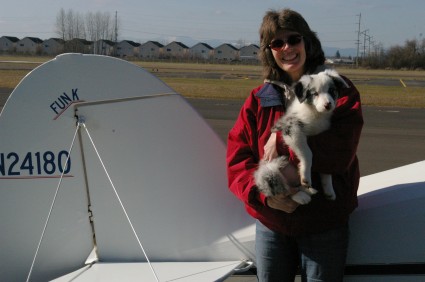 The Funkâ€™s manufactured 365 aircraft between 1934 and 1948, and Independence Airport has become the home of Oregonâ€™s largest collection of Funks. 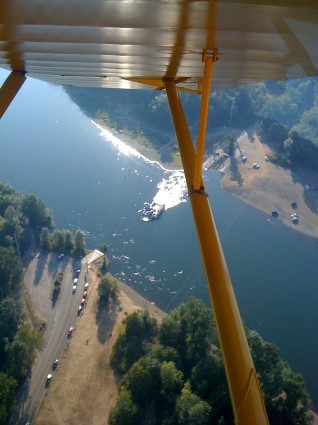 Looking down on the ferry crossing the Willamette River

The first one arrived in 2005. It was serial number 206, actually number 106 in production. (The plant skipped 100 serial numbers to appear more prosperous.) Come to find out, N24180â€™s first home was Portlandâ€™s Swan Island Airport in 1940, and it was in the hangar at Hillsboro in 1962 when my future husband Wayne Nutsch worked at Wicks Air Service. It later went to Wasilla, AK, and was at Reno Stead when we found it. 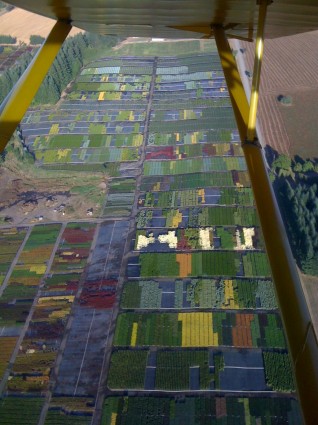 A nursery in the Willamette Valley

Our next Funk was s/n 350, built in 1946. The restoration of N77720 won trophies at the Funk Fly-In, Oshkosh, Watsonville, and Merced in 1982-83, but it was languishing in an open shed in the Sacramento Valley since its owner passed away in 2006. We brushed off the spider webs and flew it home. 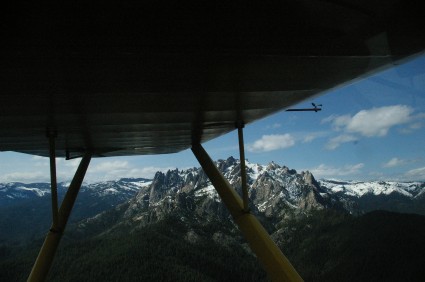 His and hers Funks . . . what more could we want? But along came another orphan. Poor little s/n 29 hadnâ€™t flown in years. It was sitting outside near the shore of Lake Michigan. We had to get it inside. Wayne towed his trailer all the way across the country, so here it is. 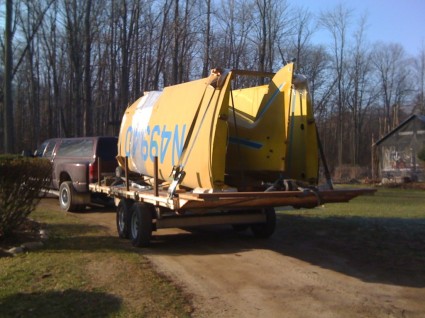 The name â€œLadies Love Taildraggersâ€ touches a special place in my heart.