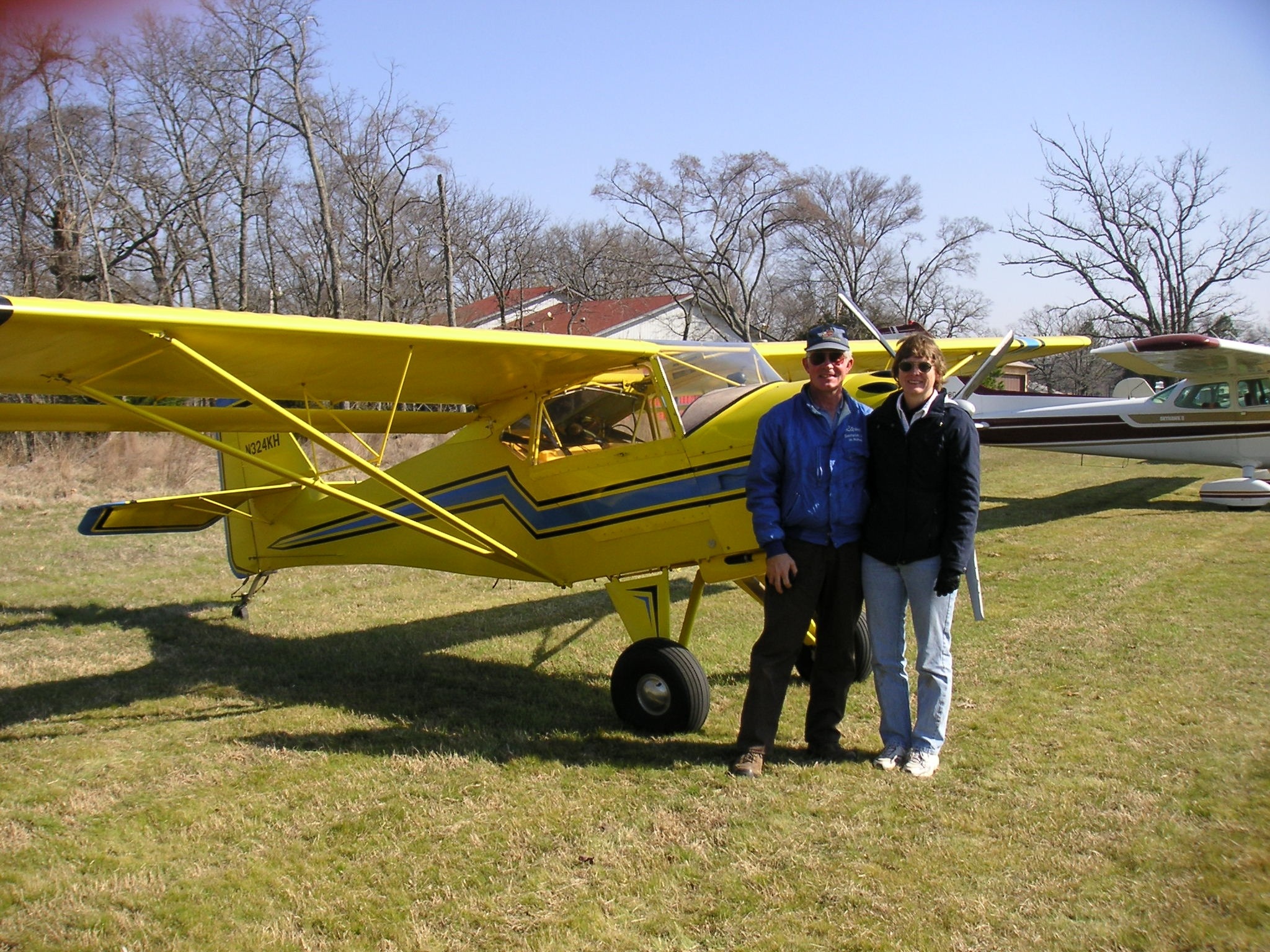 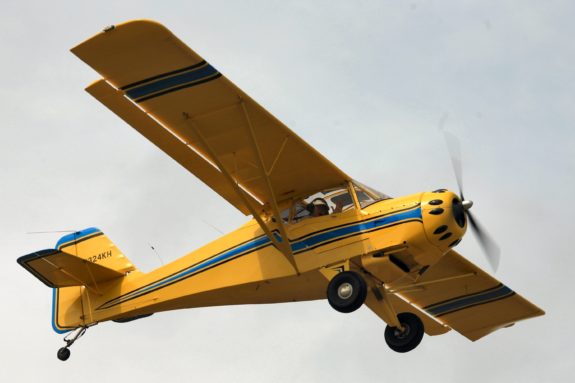 The first date with my husband Ken was on his KZ900 motorcycle, travelling to a rural oil well site on dirt roads, and stopping at the airport to watch airplanes. He wanted to make sure I was able to handle three of his passions before asking me out on a second date. After I took to all of those readily, it was a “done deal!” I bought my own motorcycle, we started our own oil and gas operating company, and I took the Pinch-Hitters co-pilot class at the local airport.

We flew a lot, me in the right seat wondering exactly what all of those round gauges meant and listening to that foreign language on the radio. I gradually got the hang of things, but it wasn’t until I had been flying with Ken for 20 years that I decided to ask a life-changing question: “If I took ground school do you think it would help me understand a little better what is going on in the airplane?” He said it probably would, and then surprised me at Christmas with a certificate paying for a weekend ground school. The school was two eight-hour days of immersion study after which one was assumed to be able to pass the written test. After that first weekend class, my feeling was — “I don’t know squat!” Luckily the instructor had a policy of letting you repeat the course if you didn’t feel ready to take the written test. So, after a couple more weeks of studying with my live-in expert consultant (Ken) I repeated the class and felt I was starting to get the hang of it. I then decided to take the written test just to see if I really did understand. Got a 96, so I decided, well, maybe I understand more than I thought. 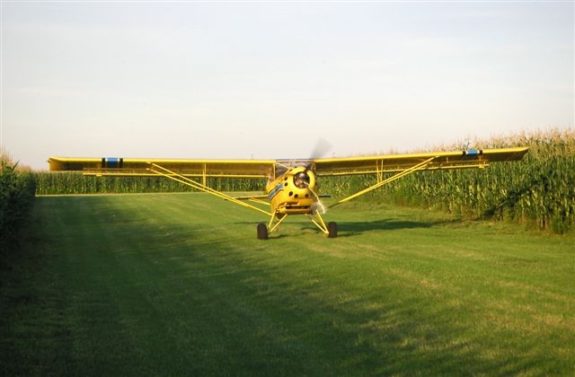 So . . . with the “hard” part out of the way, I decided that I might as well take flight lessons. So that year I started dual instruction in May, soloed in June, and took my check ride in July — at age 50. I admit, those 20 years of flying with Ken probably gave me an advantage to feeling comfortable in the aircraft and having worked with two-way radios in a couple of my jobs, the radio work came pretty naturally, so I did have a head start on some people. After getting my certificate in the flight school Cessna 150, I immediately practiced some stick time in our Kitfox IV and got my tailwheel endorsement. 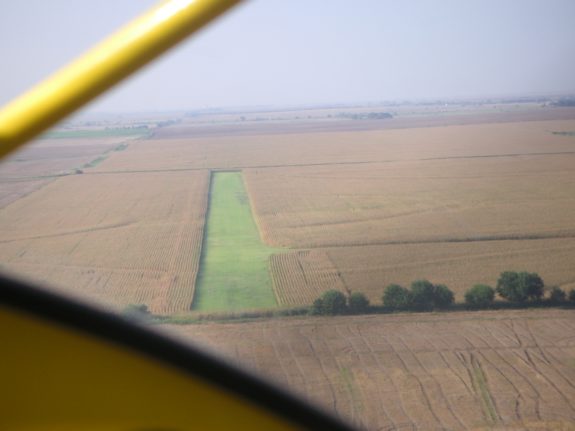 At the time we owned a pressurized Cessna 337 and the insurance company insisted that I get my instrument rating as well as 100 hours in type before they would insure me for the Skymaster. Since the Kitfox wasn’t exactly a good instrument training platform, when a 1968 Cessna Cardinal came up for sale at a neighboring airport Ken decided that might be a nice airplane for me to get instrument training so he bought that for me with the intention of maybe selling it again after my rating. Shortly thereafter, our Skymaster was totaled (on the ground in the hangar — long story) so the immediate need for the instrument rating disappeared. 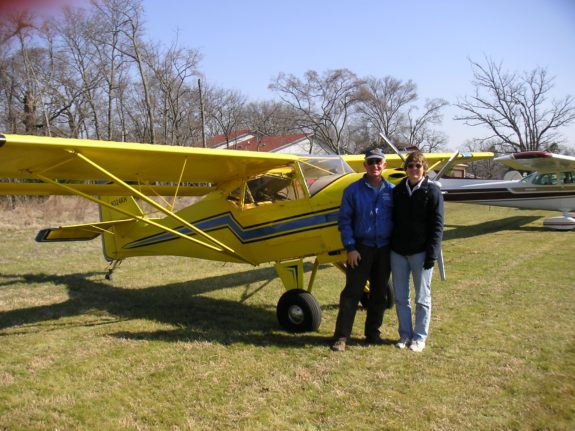 We kept the Cardinal and later added a Cessna 182 for our cross-country travels, but the Kitfox is still the most fun to fly. Ken probably has a few mixed feelings about my getting my certificate — it cut his flying hours nearly in half since we now alternate left seat on cross country flights — but with multiple airplanes we have also been known to each fly our own plane to a fly-in breakfast. People ask us if we are mad at each other since we came in separate planes, but we just smile and say, “No, we both love to fly!” It’s not everyone who has a husband willing to share his home-built Kitfox, pay for training in order to share his flight time, and buy his wife an airplane all her own. What a Guy! 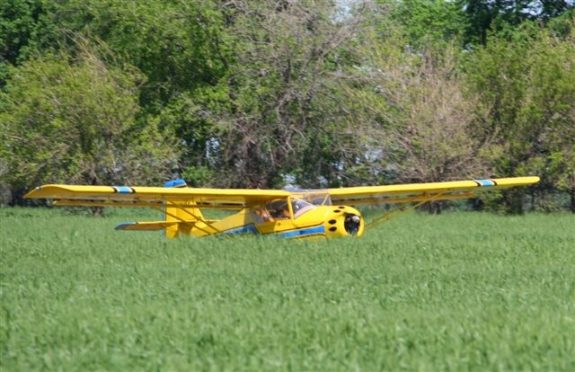 (As a note, I never really had a deep desire to learn to fly. No great yearning or excitement, in fact the flight training was really work for me. That feeling changed during my first solo away from the airport. I looked down at the ground, at the empty right seat, and thought, with a huge grin, “Wow! I really am a pilot!” Since getting my certificate I fly every chance I get just because I relish the feeling of freedom and accomplishment I get every time I get up in the air.)