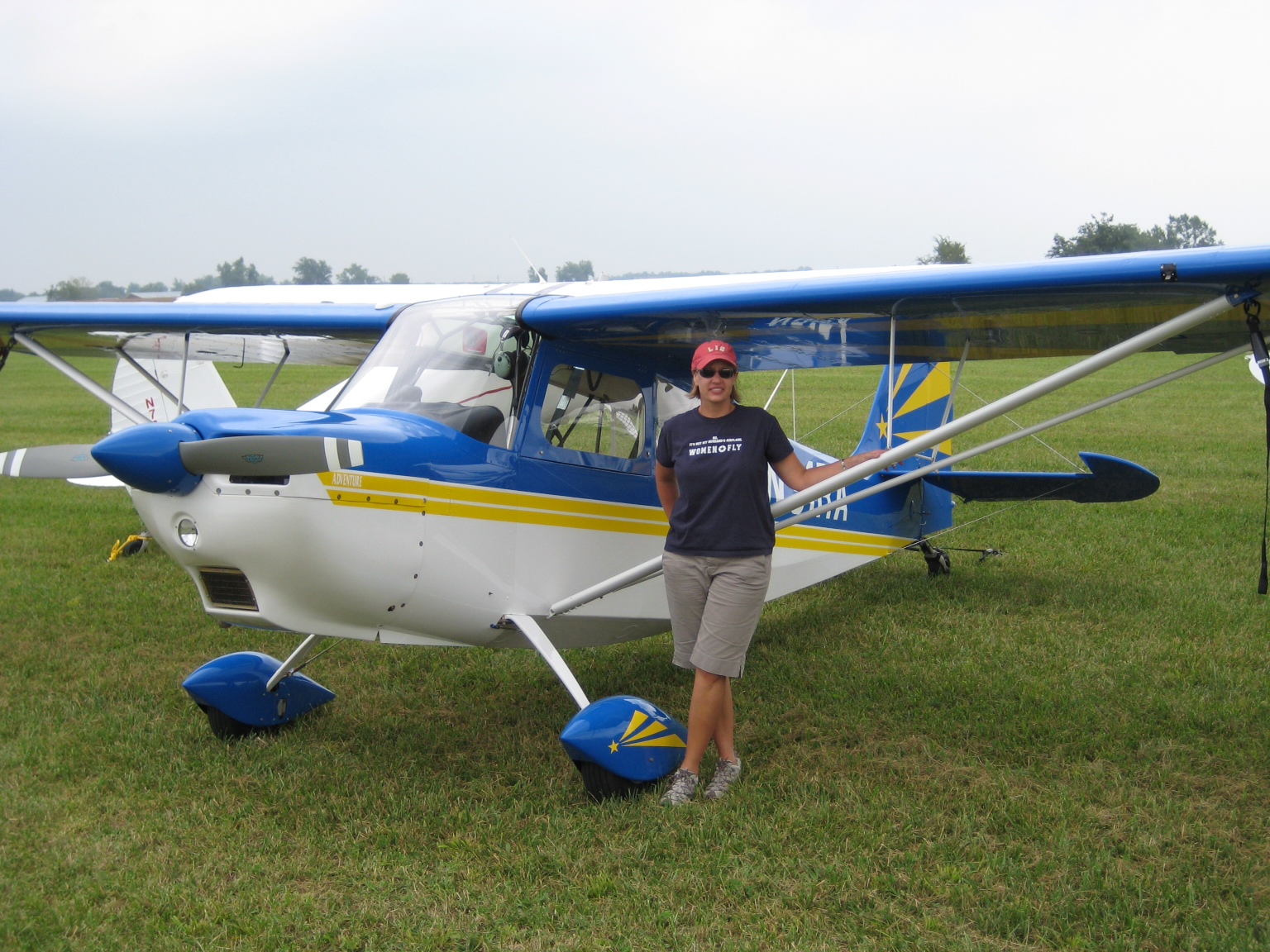 My Dad always had a passion for flying for as long as I can remember.Â  My earliest years were spent at RC model airplane contests as my Dad and brother Larry would compete at pattern plane meets.Â  Dad always had a dream to get his pilotâ€™s license but with seven kids to feed, it remained a dream at least until my four oldest brothers were out of the house.Â  Fortunately, my Mom was supportive of Dad earning his license and the youngest three of the family; my brother Larry and sister Sheila and me (I was the youngest) were able to come along for the ride â€“ all getting our licenses as well.Â  We lost our Dad a few years ago, but his love of flying lives on in us.

My brother Larry builds and flies RC model jets that exceed speeds of 200 mph.Â  My sister Sheila lives in the Big Apple, but comes back often to fly as much as she can.Â  We enjoy our annual â€œtwo chicks in a tailwheelâ€ tour each summer, during which we burn a lot of gas tormenting airport operators at our favorite airports around the state.Â  As for me, I was one of those lucky kids that had the opportunity to learn how to fly and airplane before I ever drove a car.Â  I soloed at 16 after three â€œofficialâ€ hours of flight instruction.Â  I earned my pilotâ€™s license at age 17.

I grew up flying Cessnaâ€™s and transitioned into taildraggers in college.Â  I worked at an airport fueling airplanes and cutting grass.Â  My boss at the time, let me get checked out in his Citabria.Â  Dan (now husband) worked in the maintenance shop and we spent many lunch breaks practicing our tailwheel skills and even enjoyed a few rolls along the way.Â  We were in love â€“ with tailwheels!Â  We have been flying together for over 20 years.

We bought our first airplane, a 1967 Cessna Skyhawk about ten years ago.Â  It was pristine as we were the second owners since it was new.Â  It was a great plane to learn about ownership and of course fly.Â  My Dad would visit for a week in the summers, and we would do nothing but fly and wax the airplane.Â  After a few years, we traded the Skyhawk for a newer Citabria.Â  Iâ€™ve always dreamed of flying an open cockpit biplane and the Citabria was the first step in pursuit of that dreamâ€¦I wanted to get current in tailwheels again.Â  The plan was to sell the Citabria after we found a biplane, but I thoroughly enjoy flying it and havenâ€™t had the heart to part with it just yet!

A few years ago at a small airshow, my sister Sheila and I saw a young women wearing an Amelia Earhart t-shirt and we struck up a conversation.Â  It turned out that Rachel (also a pilot) and her husband Brian owned a Stearman and brought it to the show.Â  They invited us to stop by their hangar sometime for a Stearman ride.Â  Not sure if it was a â€œcourtesyâ€ offer or not, we showed up at the hangar several weeks later.Â  Brian holding true to his word offered me a flight in the Stearman â€“ I accepted and he promptly put me in the back seat and began showing me how to start it up.Â  My first Stearman flight, was dual instruction during which he graciously allowed me to take-off and land.Â  Dan said it was the sparkle in my eye that told him, we needed to start looking for a Stearman.

Formation flying over Iowa landscape with friends (Brian and Rachel Aukes in 429 and Dan and Diane Sokolowski in 66).Â Photo courtesy of Matt and Amy Sawhill.

That Amelia T-shirt has opened up a new world of friends that we now fly with.Â  We have an unofficial flying club in which we do nothing but fly, fix and clean our airplanes.Â  We enjoy flying our Stearman and Citabria to antique fly-ins like Blakesburg, Galesburg and the National Biplane Fly-in at Junction City.Â  The flying is great, but the friendships weâ€™ve gained are even better.Â  Every adventure is an opportunity to meet someone new to share our passion of flight.Â  Blue skies and tailwinds!

Flying our Stearman which we fondly call “Blondie”.