Flying a Champ from San Antonio Texas to Middletown Ohio! 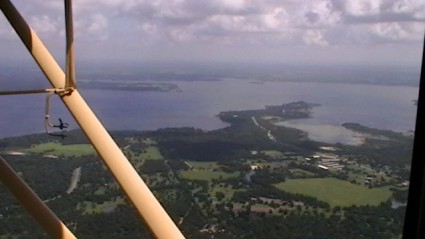 If the Champ had a memory it would not have a problem finding its way on this trip as it has made the trip 5 times so far!Â Â Most folks would think this would be a daunting task, but a friend of mine said——â€œjust think of it as a group of cross country flights put into a somewhat of a straight lineâ€. 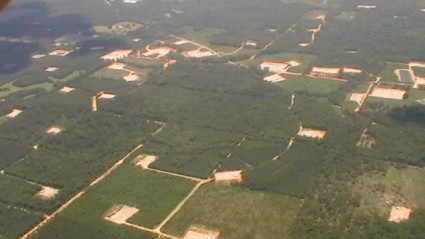 Before Shreeveport LA and in East Tx. Our guess was it appears to be “pads” for drilling rigs. 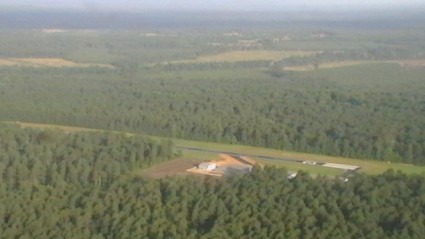 Warren Arkansas—— a nice site when running from the Thunderstorms (this is AFTER we spent the night!)

Next comment always heard:Â Â â€œwhat about the weather?â€Â Â Of course the weather would be the most difficult part of either direction of travel.Â Â The trip usually takes two days, it can take one day and it has also taken three days.

Looks like an antler sculpture in green (obviously a farming need to stop erosion!) 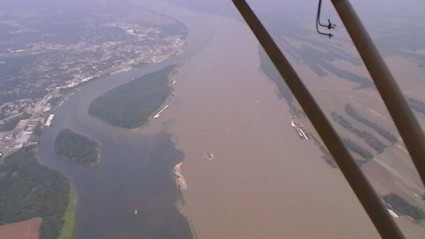 Weather helped in the one day trip with a push from the North and the three day was due to a stalled front draped across the path.Â Â When you fly a Champ you know that you are in trouble with head winds when the eighteen wheelers are going faster than you are.Â Â Average speed on the way to Middletown this year was 88 knots and on the way back home 78 knots.Â Â Â The weather folks called for â€œpop upâ€ thunderstorms through Arkansas although they forgot to tell mother nature they were not suppose to form a line.Â Â One mad dash to Warren Arkansas found us waiting under the wings in an emptyÂ Â hanger for the rains to go away!Â Â Being flexible in your travel plans is absolutely necessary. 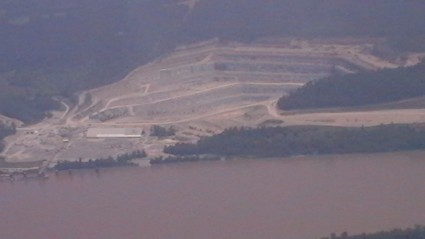 A mine cut out of the side of a hill——- takes a second look to see what this was!

The best part of the trip cannot be explained nor do any one of the many pictures I have taken do the views justice.Â Â Â Views include such things as: miles of pine trees, heartland fields, drilling pads, strip mines, wide rivers, natural and not so natural ground patterns. 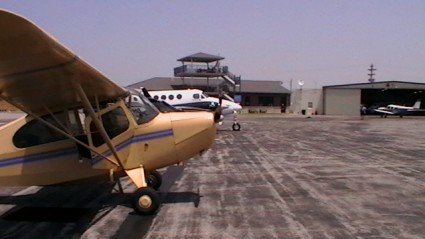 Henderson, KY put out a red carpet for even the Champ—- nice ‘go fast’ twin behind her! 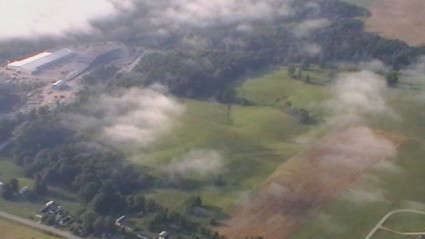 On the way home——- low flying FOG in the valleys– we are 3000 feet and watching carefully!

Traveling less than 1500 feet above the Mississippi river will make you hope and pray the engine does not quit until you get to the other side.Â Â Of course you had to have survived the trip over all of the tall pine trees of East Texas and part of Arkansas.Â Â Logging roads and a few cut spots in an ocean of trees would be the only place to land when looking at this number of trees. 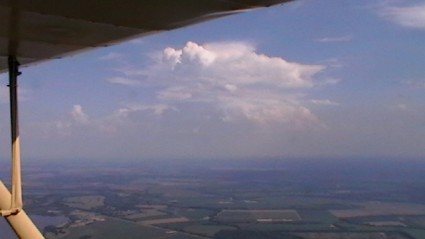 Glad that thuderstorm is far far away——— we are on the north side of Sam Raybourn Lake in East Texas—– there was a line of weather towards Beaumont and Houston! 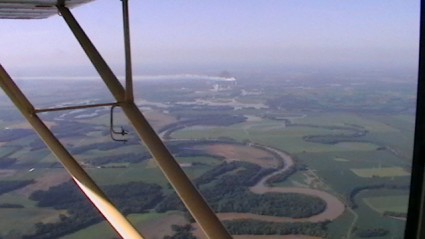 Think we were fighting a headwind?Â  Looks like a coal fired plant just Southwest of Evansville, Indiana

If you have gone to very many safety meetings you have heard the comment, â€œset your personal minimums and stick with themâ€.Â Â The trip in 2006 took three days and my personal minimums were challenged several times.Â Â Knowing weather in probably the most important part of a trip of this kind! 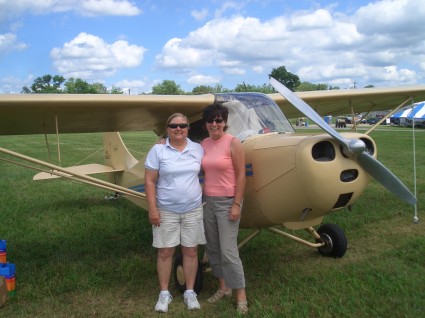 Diane Â & Judy finally meeting up at Middletown on Saturday, after Diana arrived!