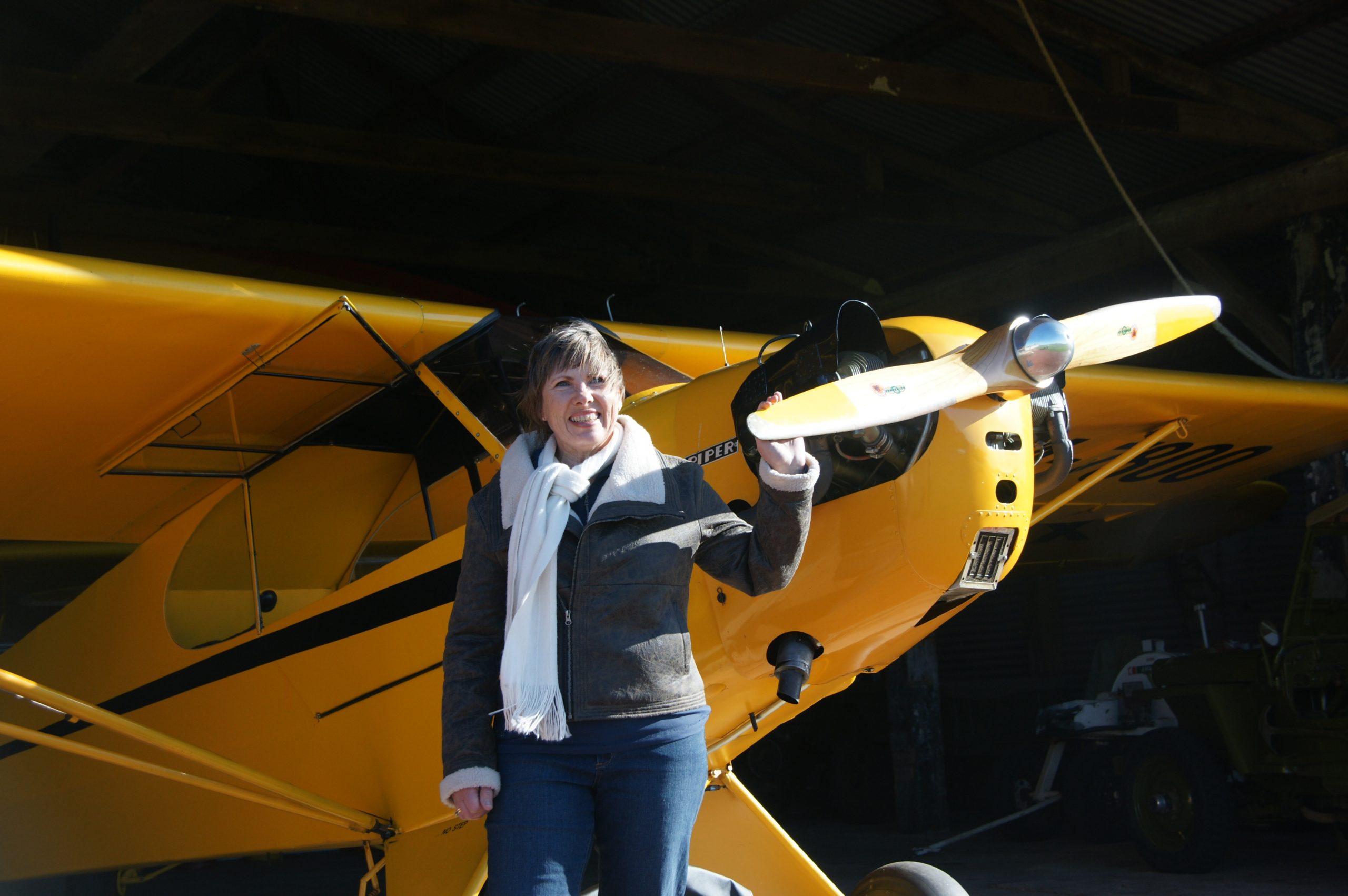 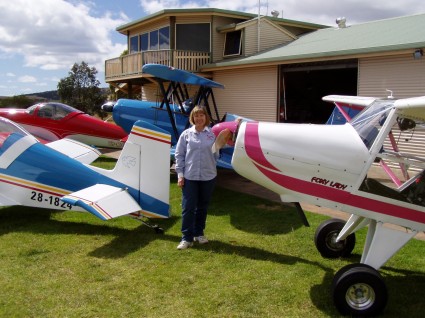 I learnt to fly around 20 years ago in an Australian built Skyfox (similar to a Kitfox) not realising that it was one of the more difficult of taildragger aircraft to land. Eventually I mastered it and still absolutely love the challenge of landing that particular aeroplane. My husband Michael and I purchased a 60 acre property near our coastal home town of Port Lincoln in South Australia where we constructed airstrips and a hangar/house in which to live and house our aircraft. 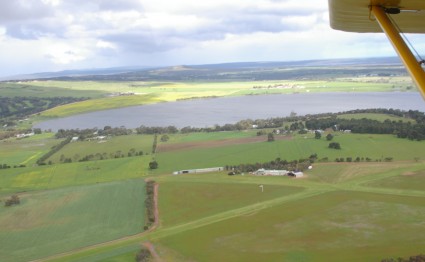 Aerial shot taken from the J3 Cub of our property “Skypark”, the coastal township of Port Lincoln is just beyond the hill to the left of photo.

As our love of flying increased so did our fleet of aircraft – all taildraggers (real aeroplanes) with different purposes. I found our 4 seat Piper Pacer always a challenge to land – it kept me on my toes (literally). We flew all over Australia in it and to many faraway places landing at several gorges in the Australian outback and the Northwest Kimberley region. 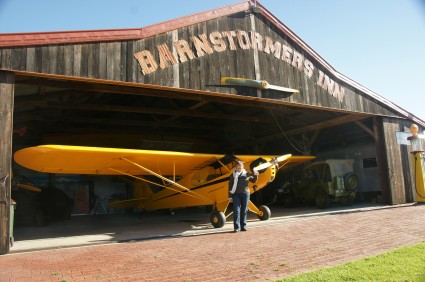 It was great fun touring and sightseeing in it.Â The Pacer was replaced when Mick built our RV6. I helped with interior outfit and designed the paint scheme. When a locally owned Corby Starlet came up for sale (an Australian designed home-built) that became ours too. It is a small single seat recreational aircraft in which I learnt to perform aerobatics whilst being coached by radio from the ground. Any mis-managed manoeuvre was sure to get the adrenaline flowing. Another interesting aircraft to find a home at our property “Skypark” is a home-built Blanton Wichawk (small version of a Stearman). It is a biplane with side-by-side seating and open cockpit. I enjoy the wind in the face flying and Mick loves it for aerobatics. 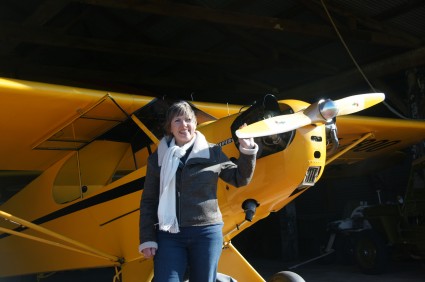 Our son James also flies and is building a Pitts S1 Special.The latest additions and probably the best of all taildraggers are the J3 Cub and 90 hp Super Cub. When the Super Cub was in need of some renovation and re-covering of the fuse and tailplane I was introduced to the art of rib-stitching the fabric covering. Port Lincoln is a wonderful place to be able to fly as it has a temperate climate all year round and great coastal scenery with beautiful white sandy beaches on which to land. 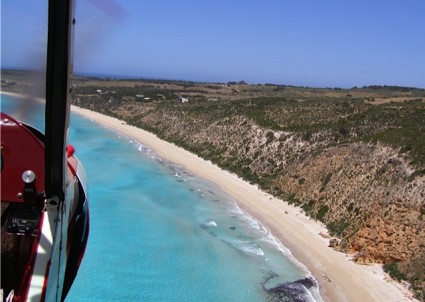 Flying “tail waggers” is a bit of an individual skill that I find many men are not even game to take on. But I love it, and if asked what is the aircraft I like to fly best then I would have to say it is the Cub. 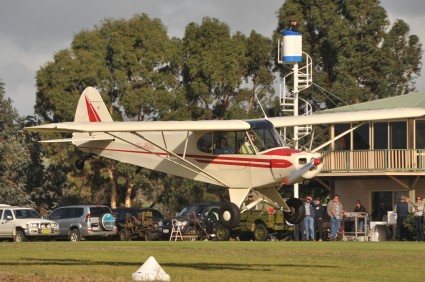 And thank you to Philip Jones for the introduction to Dianne and these comments: Â Di is an active member of a family that lives, eats and breathes aviation. Husband Mick is the president of the local equivalent (Sport Aircraft Association of Australia) of the EAA. Their son James is just as heavily involved and currently building a Pitts S1 after helping his father with the restoration of the SuperCub and the construction of the RV. Â Between the 3 of them, they own a Piper J3, a 95 hp SuperCub, an RV6, a Corby Starlet, a Blanton Wichawk, as well as several ultra lights. On their 55 acre property (Skypark) at beautiful Port Lincoln in South Australia, they also house numerous aircraft for some of their local aviating friends, with approximately 14 aircraft on the property. Every two years they host a fly-in for up to 40 aircraft and a sit down meal for 120 people on Saturday night. When she is not flying, Di rides a Honda Goldwing with husband Mick riding shotgun on his Harley.